Every once in a while my wife and I go over our regular monthly expenses and find places that we can cut back.

Back in 2014 we discovered that we could lower the cost of what we were paying for our cell phone service by switching from one pre-paid provider to a new low cost provider called Republic Wireless.

Republic Wireless was cheaper than many other providers because of their pioneering WiFi hybrid calling technology, where they route calls over WiFi instead of cell networks when it is available. 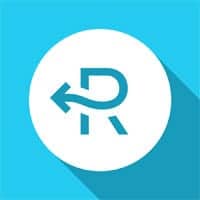 Since they’ve come on the scene, many other providers have jumped in on the act and have tried to come up with their own version of low cost WiFi calling.  The only one to come close in my opinion is Google’s Project Fi, which also uses a version of hybrid Wi-Fi calling. While their service is similar, I’ve found it to be more expensive still, for my level of usage.

Some have said that Google’s service was better for higher users of data, and that they had a better selection of phones (currently Republic only has 2 lower end phones).

That may no longer be the case.

This week Republic Wireless announced some big changes to their service, including the launch of 7 new unlocked phones, the ability to bring your own device to the service, a new network partner as well as launching new calling plans.  First, let’s take a look at the new phones.

Republic Wireless announced that coming this July it will be releasing 9 new Android phones from four of the top five Android manufacturers.  Some of these phones will look familiar as several of them are the same ones that you’ll find on Google’s Project Fi. 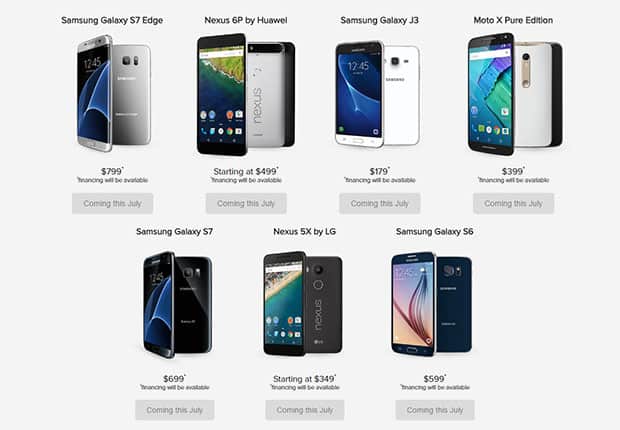 The new phones that are available as of July 28th, 2016 include: 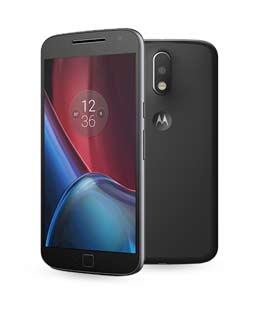 Bring Your Own Phone Now Available

One of the great things that was mentioned in the announcement as well was the fact that with the launch of Republic’s new phones and service you’ll also be able to bring your own unlocked phone to the service. Let’s say you’re already using an unlocked Google Nexus 6P from Project Fi, and  you want to switch to Republic Wireless, you’ll be able to just get a new SIM card from Republic, download the app and be ready to go. Here’s how Republic describes the change:

On RW 3.0, you can take an off-the-shelf unlocked device (from Republic’s tested and approved list, for example, the Samsung S6), pop in our Republic SIM card, download our Republic app, and receive the same great Republic experience in just a few minutes that used to require us to do many months of deep ROM integration work in tight partnership with the device manufacturer and cellular carrier partner.  Because we no longer need to do this deep integration and certification work with the device manufacturer and cellular carrier, we can now add more device manufacturers beyond just Moto, launch new phones at the same time as everyone else, deploy operating system updates much faster, perform updates to our service and apps as fast as we want (via Google Play), lighten our supply chain inventory requirements,  increase the places our members can buy our services (think Amazon and other places where unlocked devices are sold), enable members to take their devices with them to other carriers if they are leaving Republic.

Much of the technology that Republic is using to do WiFi calling, adaptive coverage and more was previously baked into a custom Android ROM on the phone, which meant the phone wouldn’t be usable on another service if you ever decided to leave – and you couldn’t bring your own device to the service.

With updates available in Android M and advances made by Republic engineers, they can do all the same things they did previously, without having to use a custom ROM. They can now do it with the app alone, which means quicker updates, and the ability to use unlocked phones.

All this to say you can now get a wider range of phones, many of them at the same time as other providers release them – and you can buy and bring your own phone to the service. Awesome!

In addition to now having a much wider range of phone options available, Republic will now also be working with another network partner. They launched and have been functioning as a Sprint MVNO since their inception, but with the new RW 3.0 they’ll also be partnering with what they’re slyly calling “The Magenta Network”.  That most likely means T-Mobile.

With the launch of the new phones it sounds like the new phones will be using service with the “Magenta Network”, but they hope that later in the year they’ll be able to use both that GSM network, as well as Sprint (once Sprint is certified for RW 3.0 service).

Last July Republic Wireless released the refund calling plans, in what they’re now calling the 2.0 version of their service. With RW 2.0 they offered several calling plans that were based on the idea of refunding the customers for mobile data that they don’t use.

I’ve been using the $17.50 plan since last July and I’ve gotten a refund every month since then. I’m not a big user of data, and I’m paying anywhere from $16-17/month for my phone, usually with a small refund.  I can’t complain, it’s been a great deal for me for sure!

With the new phones coming to the service, the calling plans are changing again, to what they are calling RW 3.0.  If you prefer the 2.0 plans, with the data refund options, you can keep your current phone and stay on those. If you buy one of the new phones, however, you’ll be moved to the new 3.0 calling plans. Here are the new calling plans:

At first they only unveiled the plan that they thought most people would use, the unlimited talk & text + 1GB of LTE data for just $20.  It is an amazing deal, and $5 cheaper than their current 2.0 1GB data plan!

This month they released details about the rest of their calling plans.  It starts at a $15/month calling plan and goes all the way up to a $90/month 10GB plan: 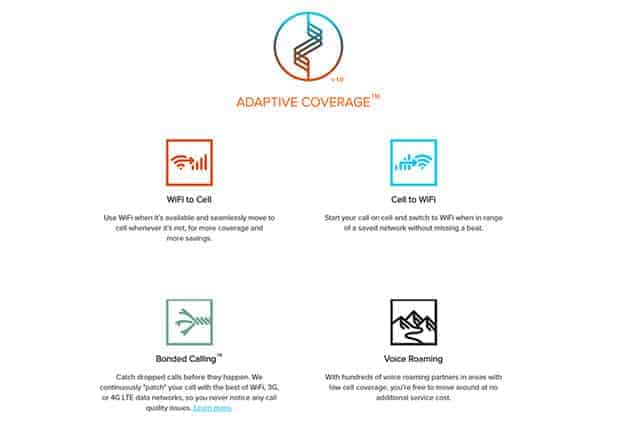 Another cool technology that Republic has launched in the past few months is their adaptive coverage technology, which helps to make the call quality with Republic the best it can be.  It allows you to start a call on WiFi and move to a cell network while in the midst of a call, and vice versa (something that not all networks that do WiFi calling can do). It also allows the system to catch dropped calls before they happen by patching your call with the best of WiFi, 3G or 4G LTE data networks, and keep the call quality the best it can be. Here’s how they describe adaptive coverage tech:

Personally I’ve noticed that the quality of calls and handovers has been improved in the past month or so since some of these features like “bonded calling” went live. I’m sure it will continue to improve over time.

There are some exciting things coming down the pipe for Republic Wireless. Not only are they releasing 9 new phones, a new network partner and improvements to their adaptive calling technology, but they’re also releasing some great new calling plans as well.

My wife and I have been extremely happy with our experience as subscribers to the Republic service for the past year and a half or so, it has saved us a bunch of money, and has consistently been good service for us. With this past week’s announcements, it definitely sounds like things are only going to continue improving.

These announced changes could help Republic to take the next step away from being just a niche player in the industry, to becoming one of the best low cost cell providers on the market.

If you’ve used Republic Wireless, what has your experience been like?  Have questions that you’d like answered about Republic? Speak out in the comments!

Share23
Pin5
Tweet
Share4
32 Shares
Last Edited: 13th December 2018 The content of biblemoneymatters.com is for general information purposes only and does not constitute professional advice. Visitors to biblemoneymatters.com should not act upon the content or information without first seeking appropriate professional advice. In accordance with the latest FTC guidelines, we declare that we have a financial relationship with every company mentioned on this site.