Memorial Day is here! It’s become synonymous with being a day to enjoy family, friends and even a having a BBQ, but let’s not forget to take a moment today to remember all our fighting men and women over the years who have made the ultimate sacrifice, by giving their lives so that the rest of us might live free.

Over the years on Memorial day I’ve had a chance to stop at my grandparent’s graves at Fort Snelling National Cemetery in Bloomington, MN. 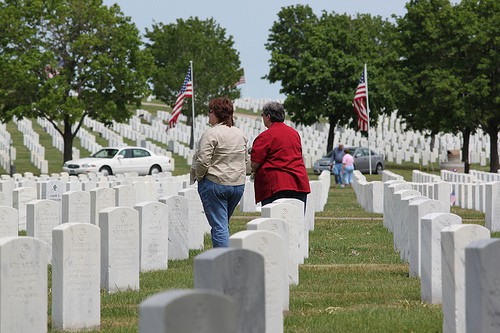 While I won’t make it there this year, it is always a vivid reminder of just how much so many have given. There are row after row of graves for our military men and women, so many of them having died while fighting for our nation.

A couple of times while I was there I found the graves of medal of honor winners there, and it was amazing to read of their sacrifices later on when I got home via a Google search.

Being at Fort Snelling also reminds me of just how much my grandfather gave, despite the fact that he wasn’t killed in action. My grandfather, Fred Anderson, was in the U.S. Army Air Corps, becoming a prisoner of war in a German POW camp for over a year. What he went through couldn’t have been easy, and I’m just sad that he passed at such a young age (in his 60’s) due to Parkinson’s Disease and a stroke. I was never really able to get a full accounting of his experiences as I would have liked.

I recently did find out a bit more about his experience as a prisoner of war by reading a book about the experiences of many others in the same prison camp as him, called The Last Escape, The Untold Story of Alled Prisoners of War in Europe 1944-1945.

My grandfather was a replacement waist gunner on a B-17 that was shot down in February of 1944. He had flown three successful missions with his crew, but on the fourth mission during “The Big Week” (see wikipedia) they were returning from a bombing run over Leipzig, Germany, and were shot down.

The entire crew parachuted out of the plane, but were quickly captured by the Germans. They were sent to Stalag Luft 4 near Grosstychow, Prussia where 6,660 other American POWs were held.

My grandfather’s capture was first reported to the International Committee of the Red Cross on February 22, 1944, and he was imprisoned for at least 473 days (1 year and ~4 months) according to the Red Cross. 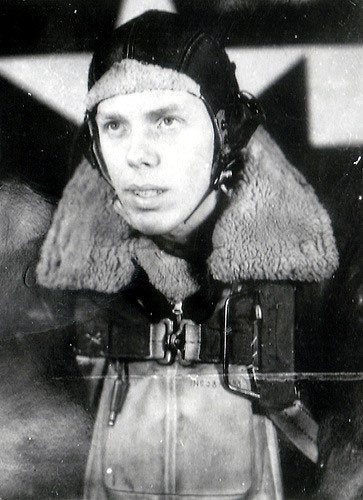 His recollection of being liberated was in a hospital bed. He went to sleep one night in ill health as a prisoner of the Germans, and woke up to find the Russians had overrun the area. He eventually made his way to France where he recuperated, and then on home to Minnesota where he married and had a family, including his first born – my father.

Since it is Memorial Day weekend the cemetery will be in full bloom with flags flying, and flowers on countless graves, in remembrance of loved ones.  It’s usually a very stirring sight, and I may try to make it down there the day after just to get a glimpse – and to say thank you in prayer for all those brave men and women.

So on this Memorial Day weekend, thank you to our veterans, and thank you to those who have already paid the ultimate price.  You won’t be forgotten. 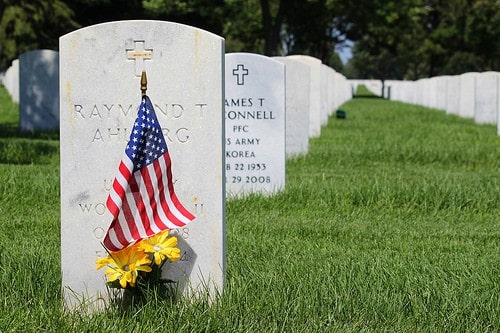 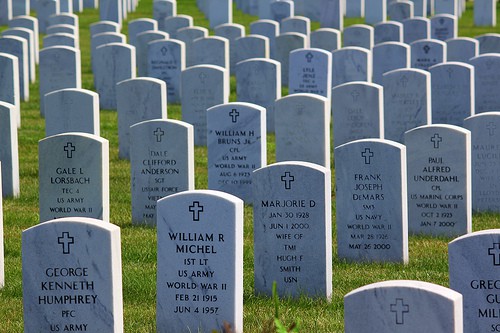 Share30
Pin
Tweet22
Share3
55 Shares
Last Edited: 28th May 2018 The content of biblemoneymatters.com is for general information purposes only and does not constitute professional advice. Visitors to biblemoneymatters.com should not act upon the content or information without first seeking appropriate professional advice. In accordance with the latest FTC guidelines, we declare that we have a financial relationship with every company mentioned on this site.