Jason was just 22 when he graduated, debt free, from college with a bachelor’s degree.

Because he liked to debate and argue endlessly, had an opinion about everything, and because he was a good writer, he decided to go to law school. 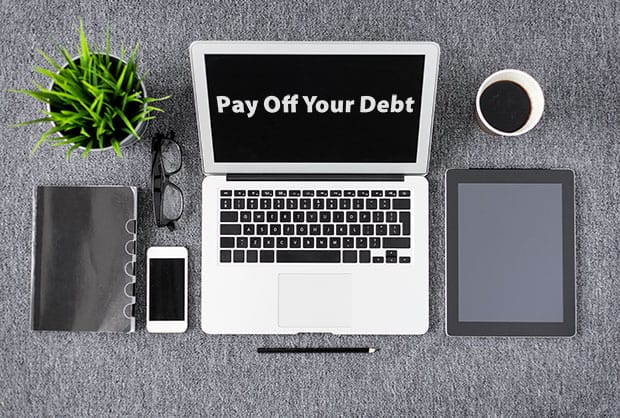 He thought, ‘Why not get paid to do what I already do every day and am good at?’  He applied to several law schools and started one that fall.

But Jason hadn’t thought of the moral issues associated with practicing law, and within three semesters of entering law school, he knew that was not what he wanted to do, so he dropped out.  However, he was still responsible for the $70,000 he had in law school student debt.  Shortly thereafter, he met the woman who would become his wife, and they were married within a year and a half.

Jason’s bride, Rebecca, had no debt of her own, so in marriage, she took on his debt.

While financial gurus advocate slashing your expenses and basically not having a life for years until the debt is paid off, Jason and Rebecca took a different approach.

Jason and Rebecca decided that they didn’t want to live the way Dave Ramsey advocates, “Living like no one else so later they can live like no one else.”  Nope.  They decided to make the vow to never go into debt again, so they needed to make a budget that reflected that goal.

The first thing they did was cut the extraneous in their budget. For instance, they had a Netflix account, cable TV, and an Amazon account.  They decided to cut Netflix and cable and keep Amazon Prime for the free shows and movies as well as the free movies.

Save For Future Expenses

They also set aside accounts for future expenses.  Since they both had each owned their cars since high school, they knew that their yearly car repair bills would likely be expensive, so they set aside a few hundred dollars per month for repairs.

When Jason’s car had a $1,500 repair, they were able to pull from this account rather than going into debt.

They also employed this system by creating a three-month emergency fund they could tap when they needed to rather than going into credit card debt.  When Rebecca’s car died, they shared a car for a few months, saved more money and tapped the emergency fund to pay cash for a new replacement vehicle.

Because they were newlyweds, Jason and Rebecca wanted to live a little.  They each are paid every other week, but they budget monthly, so twice a year they each have an extra paycheck.  They took two of those extra paychecks (they get four a year), and put them in their vacation fund.

Each year, they take a two week long vacation together, without going into debt for it.

Wait On Other Goals

Jason and Rebecca don’t want to start a family until they have a house, and they don’t want to buy a house until they can pay 20% down.  So, the other two “extra” paychecks every year go in their down payment fund.  When Jason got a large raise, they also put the additional money from his raise into their down payment fund rather than increasing their cost of living.

Pay A Set Amount On Debt

They make their monthly payment on Jason’s student loan debt, and each month, they pay an additional $400.

They don’t scrimp and save and throw all of their money at his debt.  If they had done that, they would not have had money to pay in cash for Rebecca’s car, which means they would have had to take out a loan, which they are vehement they don’t want to do.

Instead, they pay a fixed amount on his loan each month. When Rebecca gets a raise, they plan to earmark half of the extra money to their down payment fund and the other half as an additional payment on the student loan debt.

While they are looking forward to the day they are debt free, they are not rushing the process.  They are not “gazelle intense.”  Instead, they are managing their money so they can pay down debt and handle their regular and unexpected expenses without going into further debt.

Share24
Pin4
Tweet
Share1
29 Shares
Last Edited: 10th November 2017 The content of biblemoneymatters.com is for general information purposes only and does not constitute professional advice. Visitors to biblemoneymatters.com should not act upon the content or information without first seeking appropriate professional advice. In accordance with the latest FTC guidelines, we declare that we have a financial relationship with every company mentioned on this site.

Previous Post: HDHomeRun Extend Review: The Over-The-Air Tuner And DVR For Cord Cutters
Next Post: 5 Strategies To Keep Your Budget In Check This Holiday Season