Cutting the cord on your cable or satellite TV and saving big on entertainment expenses has become a big topic on this site over the years. Why?

The average American family spent $123/month on cable TV service in 2015 (According to the NPD Group). That’s $1476 a year!  This is a huge expense for most families, and it’s one that just doesn’t have to be there.

A while back I wrote a comprehensive guide to cord cutting, and gave an overview of the available equipment and services that can save you a ton of cash.

I’ve looked at a couple of over-the-air DVRs, including the Nuvyyo Tablo and ChannelMaster DVR+.  I also researched and reviewed a variety of streaming devices from the Google Chromecast to the Amazon Fire TV Stick. I also highlighted my favorite streaming services where you can view programming that isn’t available over-the-air.

If you’re planning on becoming a cord cutter, however, one thing almost everyone is going to need is a HDTV antenna. 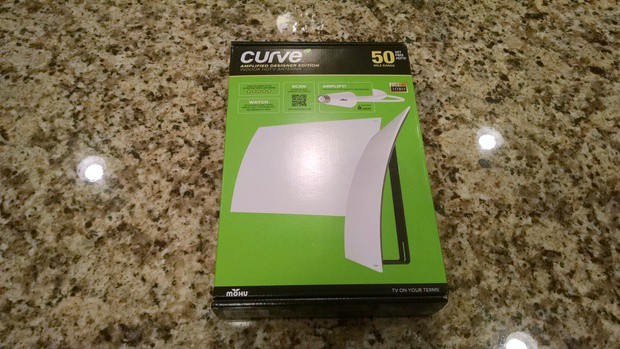 Over-the-air programming is better than it’s ever been with the crystal clear high quality HD signals being sent over the air these days. We’ve come a long ways since the rabbit ears and fuzzy TV stations of my youth. These days the quality of the video you’ll see over-the-air is often better than what you’ll get from your cable company!

On this site a while back I wrote about the Mohu Leaf 50, one of the best HDTV antennas available. I’ve been using mine for quite some time now and it helps me to bring in a ton of free HDTV programming to my Tablo DVR.

Today I thought I would look at another one of Mohu’s great digital over-the-air HDTV antennas, the Mohu Curve® 50.  Let’s take a look.

How Many Stations Can You Get Without Cable?

If you thought canceling cable TV meant you wouldn’t be able to get very many of your favorite shows anymore, you’re probably wrong. The fact is that 94 of the top 100 watched shows are available over-the-air, many in 1080p HD! By using an over-the-air antenna and receiver, you’ll be able to get a majority of the most popular shows with a stunning high definition picture – without the cost. 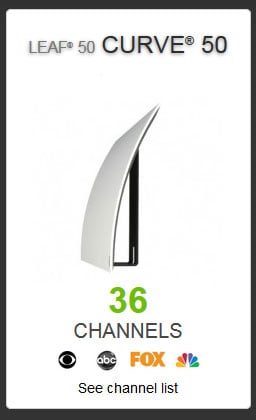 Where you are located is one of the biggest factors in how many over-the-air TV signals you will have available to you. To find out what stations are available to you in your area, do the following:

For me, when I run the test it says I should be able to receive up to 36 channels from 17 over-the-air stations in my location.

You can also run your zip code and address through other sites as well. For me the others sites gave much the same answer. I should be able to receive somewhere around 35 channels including all of the big networks, public television, and various other channels. 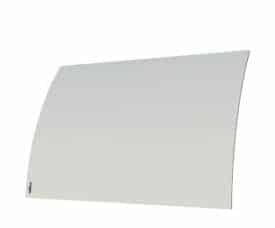 The team at Mohu were kind enough to send out one of their Curve® HDTV Antennas for me to review. They Curve® is a modern looking, curved table-top antenna. It’ll look great sitting on your entertainment center, or up on a shelf.

It’s USB powered and it is amplified to boost the signal. If you’re within 50 miles of the TV towers, you should be able to pull in all of your available stations with this antenna.

Features and specifications from Mohu:

After receiving the box in the mail from Mohu, I opened it up to see what was inside.  Here’s a quick unboxing video to show everything that comes in the package. 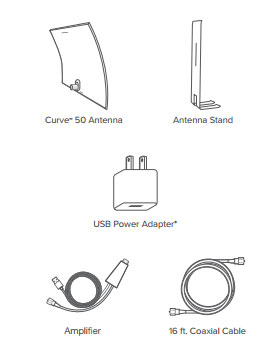 Inside the box you’ll find the following:

A nice feature of this antenna is the fact that it’s powered by the attached USB cord.  It’s nice because you can then plug it into the device it’s being used with – and when it’s on – the antenna is on. If you turn the device off the antenna goes off – no phantom power pull.

The antenna is also very nice looking and should fit into almost any decor without standing out too much.

Setting Up Your Digital TV Signal Using The Antenna

After getting everything out of the box the question is, just how easy is it to setup your Curve 50 and start watching shows?  For me it only took about 10 minutes.

Assembly and setup of the Curve® 50

First you have to put the antenna together.  There were only a couple of steps involved:

That’s basically all you have to do to assemble the antenna and get things ready to setup. Next, you’ll have to turn on your HDTV device and scan for channels.

After plugging in the power and antenna I placed the antenna up high on the shelf in the same shelving unit as my Tablo TV DVR that I was going to test it with. As far as antenna placement goes, they say that, “placing the antenna higher or close to / in a window may result in better reception“. Just remember that if you ever move the antenna you will likely need to re-scan for channels.

After everything was setup and ready to go I went into my Tablo’s settings screen and proceeded to scan for channels.  I had received about 35 channels or so with my Leaf 50 antenna (after removing a bunch of low power stations). With the Curve® 50 antenna I got about the same reception – about 35 channels after low quality and shopping only channels were removed from the guide.

From opening the box to setup of the antenna it only took about 10 minutes to get going. 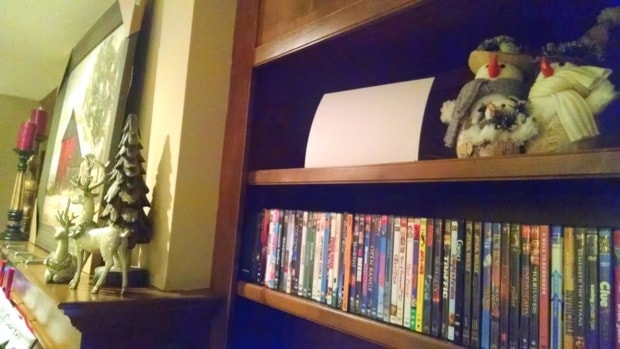 Paying for cable TV is no longer the only option if you want to get high quality HDTV entertainment. These days you can buy a simple HDTV antenna like the Curve® 50 and in no time be watching your favorite shows in a crisp clear HDTV signal up to 1080p.  Once you’re all setup you can be watching almost all of the 100 most popular shows via your free over-the-air signal.

If you’re planning on cutting the cord and switching away from pay TV, ponying up for the small up front investment for a digital HDTV antenna definitely makes sense.  The Mohu Curve® 50 is one of the better antennas available, and I would highly recommend it.

Have you cut the cord? Do you use an antenna to get free HD programming?  Tell us about your experience in the comments! 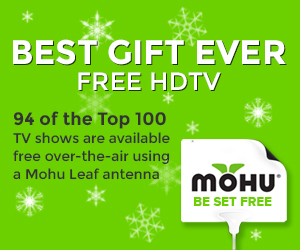 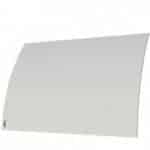 Share21
Pin3
Tweet
Share3
27 Shares
Last Edited: 16th December 2015 The content of biblemoneymatters.com is for general information purposes only and does not constitute professional advice. Visitors to biblemoneymatters.com should not act upon the content or information without first seeking appropriate professional advice. In accordance with the latest FTC guidelines, we declare that we have a financial relationship with every company mentioned on this site.

Previous Post: 100 Frugal Gifts You Can Give This Christmas: The Expanded Great Big List Of Homemade, Creative And Frugal Gifts
Next Post: How To Manage From Crisis To Crisis