We bought our home three years ago next month. At the time, money was tight. Our realtor knew this, so she connected with a home inspector who didn’t charge that much.

She said she had used him a few times and liked his work… and his price.

Since we had never bought a home before and were relying on our realtor for guidance, I am not sure how much we immediately saved using this home inspector.  Maybe $200 or $300 dollars?

In hindsight, I would have gladly paid that additional few hundred dollars to get a reliable home inspector who would have pointed out the many issues that we’ve had to spend thousands of dollars correcting. 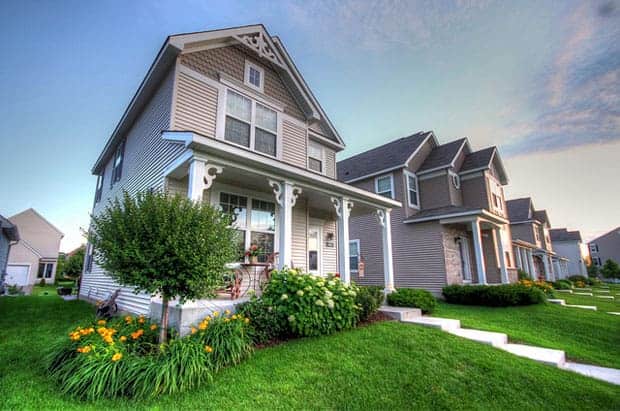 What The Home Inspector Found

Our home inspector did find a few issues.

The water heater was not connected properly, so there was a chance that we could have had carbon monoxide poisoning.

A roof tile was loose.

The outside pipes were not insulated.

All of those issues were agreed upon with the home owners and quickly repaired.

The home inspector did warn us that the central air and heat was original to the home and would need to be replaced.  That happened last year, to the tune of $10,000.

The Issues The Home Inspector Missed

Within one week of moving in, our hot water heater died and had to be replaced.  We didn’t discover this until after it had leaked considerably.  Even though we had a home warranty, replacing the hot water heater cost us $600 out of pocket.

Our doorbell also stopped working in the first week; we have not yet fixed that problem.

When we moved in, we had problems with the garage door.  It would open, close, open, close.  It would often not stay opened or would not open.  This was another problem discovered in the first week.  Turns out that the previous owner was a DIY enthusiast.  He had installed the garage door sensors backward.  Our realtor covered this expense for us.

Our kitchen faucet had problems with repeated dripping.  When we called in the plumber and looked underneath the sink, we discovered that one joint on the pipes had been “fixed” by applying duct tape all around it.  We’re working with a plumber now to replace the pipes under the sink because they were incorrectly installed and had junctions that were too sharp and tight.

The electricity in our home is problematic.  If I use certain outlets to say, vacuum, the fuse blows and electricity goes out for a portion of our home.  Many outlets have only one plug in that works; the other one does not.  We have not yet had the money to fix this problem, but it’s definitely something that should have been discovered at inspection.

Beyond these issues, we’ve also had a number of other issues.  I don’t know if these issues were already present when we bought the house or if they’ve happened while we’ve been here, but they’ve cost us significantly.  For instance, in our master shower, a piece broke off inside the shower faucet that let water continually drip in between the walls.  This lead to a serious mold issue.  We had to replace the shower walls and the faucet components and have the mold remediated.  This cost over $3,000.

I don’t know if a different home inspector would have found these issues.  The shower leakage may have occurred since we owned the home.  However, it seems that a good, more thorough inspector should have at least found problems with the water heater, doorbell, and garage door since these were items that we had problems with literally the first week we moved in.

What was your experience with a home inspector like?  Did he find most of the issues, or did your home inspection leave you seeing red (financially) as ours did?

Share28
Pin3
Tweet
Share2
33 Shares
Last Edited: 28th August 2017 The content of biblemoneymatters.com is for general information purposes only and does not constitute professional advice. Visitors to biblemoneymatters.com should not act upon the content or information without first seeking appropriate professional advice. In accordance with the latest FTC guidelines, we declare that we have a financial relationship with every company mentioned on this site.

Previous Post: 7 Easy Ways To Save Money And Stay Out Of Debt
Next Post: Republic Wireless Review: Save Money On Your Cell Service