A couple of weeks ago I wrote about foreclosure and short sales on this site, and one of the topics that came up was how during a short sale you may be liable for the forgiven amount of debt. In other words, when you’re underwater in the home and sell it for less than what you owe, if the bank forgives that deficient amount – in many cases you would have been liable to report that amount as income and pay taxes  on it as a forgiven debt.

When I made that point I wasn’t aware but there is a law that was passed back in 2007 under President Bush that said that people with forgiven or reduced mortgage debt would not be liable to pay taxes on the forgiven debt amount through the end of 2012. 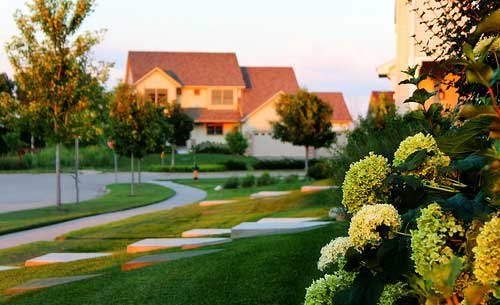 So what situations in the past would people have been liable to pay taxes for a forgiven or reduced mortgage debt amount?  In cases where your mortgage was reduced, like in a mortgage restructuring, refinance, foreclosure or in a short sale, you would have been liable for taxes on the forgiven amount.  The company that forgave the debt would send out a 1099-C to report the cancelled debt, and it then becomes taxable income on your taxes.

With the passage of the Mortgage Forgiveness Debt Relief Act of 2007 the forgiven debt amount no longer needs to be reported as income along with your taxes, at least through the end of 2013.

UPDATE: The passage of The American Taxpayer Relief Act of 2012 means that forgiven mortgage debt does not need to be reported as income through 2013.  Here are the details of the mortgage debt forgiveness extension.

So what are the criteria for qualifying for the debt relief act and not having to report the cancelled debt as income?

So what types of mortgage debt do not qualify for the cancelled debt income exclusion?

If you do have a mortgage debt forgiven at some point you should receive a for 1099-C, Cancellation of Debt from your mortgage lender. It will show how much of your debt was forgiven as well as the fair market value for your home.   You will use these numbers when reporting the cancelled debt on your taxes in form 982.

Other Times Cancelled Debt Can Be Excluded From Taxes

There are other cases where cancelled debt can be excluded from taxable income, even if it isn’t for mortgage debt covered by the above law.  Usually they involve situations where the taxpayer is insolvent, going through bankruptcy, or otherwise not able to pay.  Here is how the IRS describes other situations where cancelled debt may be excluded from taxes:

forgiven debt may qualify under the insolvency exclusion. Normally, you are not required to include forgiven debts in income to the extent that you are insolvent.  You are insolvent when your total liabilities exceed your total assets. The forgiven debt may also qualify for exclusion if the debt was discharged in a Title 11 bankruptcy proceeding or if the debt is qualified farm indebtedness or qualified real property business indebtedness. If you believe you qualify for any of these exceptions, see the instructions for Form 982. Publication 4681 discusses each of these exceptions and includes examples.

So there you have it, through the end of 2012 if you have mortgage debt forgiven you most likely won’t be liable to pay taxes on the cancelled debt because of the Mortgage Debt Forgiveness Relief Act.   If it is a mortgage on a second home or a refinance where funds were used for paying other debts (like credit card debt), you may still be liable.

Share5
Pin3
Tweet
Share2
10 Shares
Last Edited: 20th April 2017 The content of biblemoneymatters.com is for general information purposes only and does not constitute professional advice. Visitors to biblemoneymatters.com should not act upon the content or information without first seeking appropriate professional advice. In accordance with the latest FTC guidelines, we declare that we have a financial relationship with every company mentioned on this site.

Previous Post: How To Negotiate With Your Credit Card Company: What Options Do You Have When It Comes To Credit Card Debt?
Next Post: A Sad Week At Our House. Saying Goodbye To Aunt Jan And Other Loved Ones