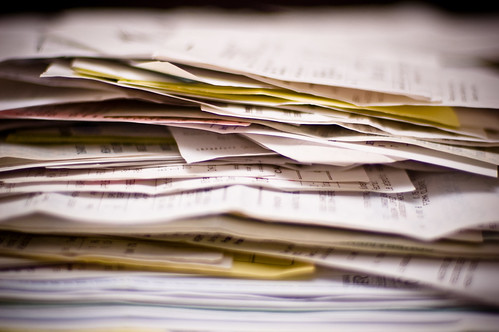 A few weeks ago the American Recovery and Reinvestment Act of 2009 was passed.  Since it was passed we have talked about quite a few of the benefits including home buyer tax credits, sales tax credits for new car buyers, and a post about overall stimulus package benefits. Today I thought we could answer the question that I keep seeing in the search and traffic logs for this site.  “When can I expect to see the increase in my paycheck for the “Making Work Pay” tax credit?”.

When Will I See An Increase In My Paycheck Due To The American Recovery and Reinvestment Act?

As a refresher, most people who work will be receiving a tax credit by having less federal tax withheld from their paychecks:

Making Work Pay Credit:  The stimulus bill will give a $400 credit per worker and a $800 credit per working couple.  Almost everyone will receive this.   The full credit would be paid to people making $75,000 or less ($150,000 per dual-earner couple).   A partial credit would be paid to those making above those amounts but no more than $100,000 ($200,000 for couples).  The credit would also be refundable, which means that even very low-income families who don’t make enough to owe income tax would be able to claim it. For most working individuals, the credit will be paid over time at roughly $15 per period, assuming 26 pay periods in a year. People who are self-employed can adjust their quarterly tax filings to account for the credit.

So pretty much everyone under 75-100k will be getting this tax credit through decreased withholdings.  So the question remains, when will this decreased withholding of taxes begin?  The IRS has put together new withholding tables for businesses to use when doing their payroll, and they have been mailed out to all businesses.   Businesses should all start using the new tables “this spring”.  From the IRS site:

“For most taxpayers, the additional credit will automatically start showing up in their paychecks this spring,” said IRS Commissioner Doug Shulman. “Since employers and payroll companies will handle this change, people typically won’t need to take any additional action. The IRS will continue working to implement this and other provisions of the new law as quickly as possible.”

The new withholding tables, along with other instructions related to the new tax law, will be incorporated in new Publication 15-T. This publication will be posted to this Web site next week and mailed to more than 9 million employers in mid-March. The IRS asks that employers start using these new tables as soon as possible but not later than April 1. Most workers will see a boost in their take-home pay soon thereafter.

So employers are being asked to start using the tables ASAP, but that they should start using them no later than April 1st. If you haven’t seen a boost in your take home pay by then, you should soon thereafter.  If not, you may want to check into it!

One thing to keep in mind when getting your tax credit is to make sure that you’re not getting too much.  From Fox News:

If you file a joint return with your spouse, and you both work, you should carefully review your withholding, because it’s highly likely both employers, without knowledge of what the other is doing, will adjust withholding such that both spouses receive up to $800, for a total credit of $1,600.

“It’s conceivable that if both are married-filing-joint and their income is not otherwise going to cause a phase-out [of the credit], they could get the double benefit,” said Frank Keith, chief of communications for the IRS. “When they file their return, the actual credit they’re entitled to is $800.”

That means paying back up to $800 with your return, though Keith said the money paid out this year, and thus any tax bill later, likely would be slightly lower — since the withholding adjustment starts close to midyear, the full credit won’t be paid out in paychecks.

For some, what’s effectively a loan from the government might be welcome. But others will find the big bill next year unwelcome. One way to prevent it: Adjust your withholding this year.

So be careful, and make sure that you’re not receiving double the benefit.  If you do, you may have an unwelcome tax bill come next year!

Previous Post: Are You Emotionally Invested In Your Credit Card?
Next Post: Are You Participating In All The Doom And Gloom? Don’t! Have Hope.