I was listening to the Dave Ramsey show on my way to work this morning, and Dave was talking to a caller on his show that had just taken the plunge, pledged to go no further into debt and then cut up his credit cards.

He was talking about how it had been extremely hard for him to get out those scissors, and actually cut up the cards, they had just been sitting on his desk for like a week.  The problem was that he had become emotionally invested in his credit card.

Cutting up that card was like saying goodbye to an old friend. 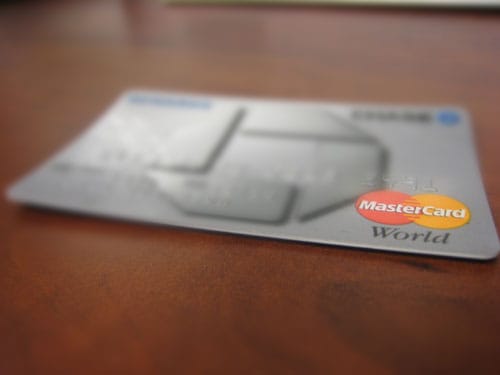 Why Do We Become So Attached To Our  Credit Cards?

There are a lot of reasons why we find it so hard to just get rid of the credit cards, and start living a cash-only lifestyle.

Becoming Emotionally Invested In A Credit Card Is Silly

Instead of becoming all emotionally invested in your credit card because of the things it can provide, try changing things up and living cash only.  You’ll find it much more emotionally satisfying than your relationship with your credit card.  Think of it this way.  The credit card is the one night stand that gives you an STD.  It might be fun for that one night, but you’ll be paying the consequences for a long time.  Saving up and paying cash is much more rewarding.  It’s like an emotionally satisfying relationship with a loved one that always pays dividends, even when times are tough.

So how can you replace your credit card without feeling that sense of loss?

Don’t become emotionally invested in that credit card.  While it may seem like it’s hard to say goodbye, destroying that card and cancelling that account will be more fun that you could have realized.

Check out this video of how one creative guy destroyed his credit card!

Have you ever found yourself emotionally invested in your credit card – finding it hard to say goodbye? Tell us about it in the comments?

Share
Pin
Tweet
Share
0 Shares
Last Edited: 18th November 2017 The content of biblemoneymatters.com is for general information purposes only and does not constitute professional advice. Visitors to biblemoneymatters.com should not act upon the content or information without first seeking appropriate professional advice. In accordance with the latest FTC guidelines, we declare that we have a financial relationship with every company mentioned on this site.

Previous Post: Extra Money Update, Links And 7 Things You Didn’t Know About Me
Next Post: When Will We See An Increase In Our Paychecks Due To The Stimulus Package?