These last few weeks I’ve been thinking a lot about our credit cards, and whether or not we should just close the rest of our credit accounts. My philosophy is becoming more and more anti-debt, and the idea of going credit card free is appealing, albeit a bit scary. It’s becoming less scary as we get closer to having a fully funded emergency fund.

Credit Card Rewards – They Seem Like A Good deal

Currently we have two open credit accounts, a cash rewards Mastercard and an American Express.

One reason I’ve kept the accounts open is because they have a cash rewards program. Every time I spend a certain amount of money, I get cash back on my purchases. Sounds like a pretty good deal right?

This past week Consumer Reports released a study where they found that about 85 percent of U.S. households participate in at least one rewards program. 85%! Sounds like a lot of people in America must agree that rewards programs are a good deal.

While on the surface rewards cards may seem like a great thing to take advantage of, when you scratch below the surface you may find that they aren’t quite as good a deal as you thought.

Consumer reports found that people who have rewards cards often end up spending more money than those with a regular card, and on top of that, they don’t always reap the benefits of having the card. Rewards program terms are often confusing and restrictive, and the rewards credit cards often have higher interest rates than some others that are available. If you’re not paying your balance off every month, you’re already erasing any savings you’ve made by having the rewards card in the first place. 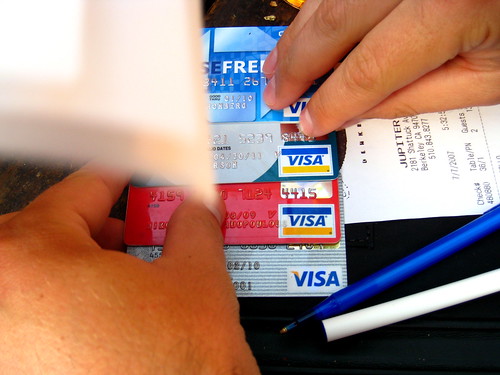 Other rewards cards may have good terms, but charge an annual fee. This makes it unlikely that the consumer will come out ahead if they don’t spend a large amount of money on their card.

Still other rewards cards may be generous with their rewards, but they have an annual cap or limit which means you can’t fully realize the benefit of having the card.

Another problem is that a good percentage of people who have rewards credit cards don’t even bother to use their rewards that they’ve earned. From CNNMoney:


More than 41 percent of reward cardholders either rarely or never even bother to use their rewards, said a 2006 survey by GMAC Mortgage and Harris Interactive.

That seems like an awfully large number of people who sign up to get rewards, but then never even bother to use them. What a waste! Could it be just another indicator that our culture just doesn’t value saving as much as it does spending?

Avoid The Pitfalls Of Rewards Cards

To avoid the pitfalls and get the most back from your card, Consumer Reports offers these tips:

When it comes down to it I think it is clear – if you already have credit card debt and you’re trying to find your way out, DON’T use your credit card. Period. Lock it up and throw away the key.

But if you are debt free and are able to pay off your card every month without any problem, go ahead and take advantage of the rewards programs. But be careful which one you choose. Find one that fits your needs and spending patterns. Also, be careful that you’re not getting caught in the “spend to earn” trap. Studies have shown that people will often spend more just because they’re getting rewards. Don’t be a sucker, buy only what you need and what you would have bought anyway.

Do you have a rewards card? Do YOU think it’s worth it? Let us know in the comments.

Share11
Pin
Tweet8
Share6
25 Shares
Last Edited: 15th February 2013 The content of biblemoneymatters.com is for general information purposes only and does not constitute professional advice. Visitors to biblemoneymatters.com should not act upon the content or information without first seeking appropriate professional advice. In accordance with the latest FTC guidelines, we declare that we have a financial relationship with every company mentioned on this site.

Previous Post: Summer Savings Tips: How To Save Money This Summer
Next Post: Personal Finance Bible Verse of the Day: Deal Generously