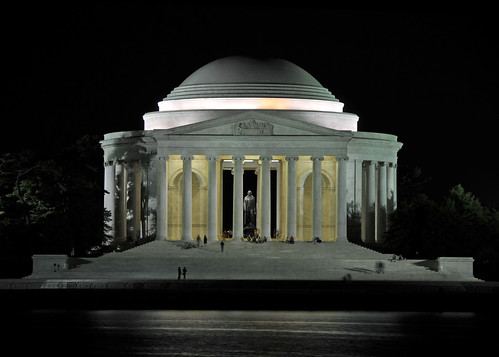 Sounds like a stimulus plan is in the works, to be signed by President elect Obama once he is sworn in.  From the Wall Street Journal:

Aides to President-elect Barack Obama and President George W. Bush are rushing to craft measures to shore up financial markets and prevent a policy vacuum from further harming the economy during the transition of power between the two men.

Mr. Obama’s team is putting together a new economic stimulus plan containing more than $500 billion in federal spending and tax cuts over the next two years, Obama aides and advisers said Sunday. That package would be far more aggressive than anything envisioned during the campaign.

Democratic leaders in Congress are preparing to rush passage shortly after New Year’s to have a stimulus-plan bill ready for Mr. Obama to sign once he is inaugurated Jan. 20.

In addition to a stimulus package Treasury secretary Paulson has signaled that he is considering using the second half of the $700 billion bailout to make it easier for households to borrow money, and avoid foreclosure.

Mr. Bush’s outgoing Treasury secretary, Henry Paulson, is now considering a more activist stance in his final weeks in office than he had signaled as recently as last week. He is considering tapping the second half of the government’s $700 billion financial-industry rescue fund, and rolling out new programs in response to worsening market conditions, according to people familiar with the matter.

Among other things, he is seeking ways to make it easier for households to borrow money. He is also looking for ways to reduce the burden of foreclosures on homeowners.

Extraordinary circumstances call for extaordinary measure, to be sure.   But I can’t help feeling that most of them, Democrats and Republicans,  are just grasping at straws right now.  They are trying one thing, and then if that doesn’t work right away – they try another.  They’ll keep trying to find something that will work until our economy gets back up and running.    I for one hope that it’s sooner rather than later as the government may do more harm than good in the meantime.

In another article from the Journal they talk about Obama’s stimulus package spending priorities, as well as Republican rebuttals.


He ticked off a list of priorities that included: creating 2.5 million jobs, and spending on roads, bridges, schools and clean-energy programs. Jason Furman, the Obama campaign’s economic policy director, briefed Democratic leaders and conservative “Blue Dog Democrats” last week on the shape of the proposed stimulus, according to senior House aidesThe plans brought a quick retort from House Republican Leader John Boehner of Ohio. He said lawmakers “should start listening to the American people, who do not believe increasing government spending is the best way to put our economy back on track.” He proposed eliminating the capital gains tax, which is currently 15%, as well as other tax cuts.

As I’ve stated on here before, I don’t think we should count on either party to get things done, and we need to create our own stimulus checks by working extra hours, selling things online, blogging, delivering pizzas or papers, and whatever else you can think of. Waiting on the government to fix things is going to mean a long disappointing wait.

What are you doing to better your situation right now, or are you waiting for a government stimulus check? Would you be disappointed if a new stimulus package didn’t include stimulus checks to taxpayers?

Previous Post: Christmas Budgeting Tips: Avoid Overspending At This Expensive Time Of Year
Next Post: What Are You Grateful For This Thanksgiving?