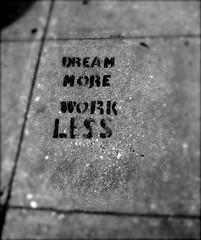 What Benefits Will I See From The Stimulus Bill?

The last week or so I’ve been looking at the 2009 Economic Stimulus bill that was passed, and talking a little more in depth about what some of the benefits are that people can expect to receive.  We talked about home buyer tax credits, sales tax credits for new car buyers, and overall stimulus package benefits. Today I thought we could look at some of the direct benefits that people will see in their paychecks, tax returns, or in other ways.

So those are a few of the direct benefits individuals will see as a result of the American Recovery and Reinvestment Act.

How Will We Pay For The Stimulus?

Personally these things sound good on the face, but when you start adding all the dollar figures up, it’s hard to figure out where the money to pay for all of these things is going to come from.  Our grandchildren’s children are probably still going to be paying for all this! What do you think about these benefits that we’ll be seeing from this stimulus bill? Are the costs worth it? Check out this post for more details on how individuals will be affected by the stimulus package.

Share
Pin4
Tweet
Share
4 Shares
Last Edited: 11th February 2014 The content of biblemoneymatters.com is for general information purposes only and does not constitute professional advice. Visitors to biblemoneymatters.com should not act upon the content or information without first seeking appropriate professional advice. In accordance with the latest FTC guidelines, we declare that we have a financial relationship with every company mentioned on this site.

Previous Post: Pay Off Your Home Mortgage Early! Pros And Cons Of Having A Paid For House
Next Post: Personal Finance Bible Verse Of The Day: Parable Of The Rich Fool