Sometimes when I watch my kids (who are 9, 5, and 3) eat, I think, how will we ever afford to feed them when they are teenagers?  Who knew such little beings could eat so much.  In fact, our oldest can and does eat just as much as my husband.

On the surface, it looks like being married and having kids has set me back financially compared to my single days.  However, looking deeper, I can see that there are many financial benefits to being married. 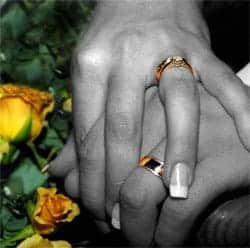 When I was single, the only income coming in was mine.  Now, we have two incomes–my husband’s full-time salary and my part-time one.  As the kids get bigger, my income will grow, and we also expect my husband’s income to grow as he advances in his career.  As a couple, we are on target to make far more than we ever would as singles.

As a woman, I stand to benefit even more than my husband.  Women generally earn less than men, even when they have the same education and skills.  In addition, women’s retirement contributions and income capacity is generally stunted because traditionally women take off time to have kids and raise them.  Having a spouse helps protect me from the financial downside of being a mother.

Likewise, when we do finally get ready to buy a house, we will likely be able to qualify for a larger loan (not that we’ll take it) than if we were single and applying alone.  In addition, since we both have excellent credit, we’ll qualify for lower interest rates.

Should one of us lose our job, the other one will still have income coming in, which will certainly ease the financial strain.

As a married person, I’m eligible to file jointly with my husband.  We’re each able to open Roth IRAs and contribute the maximum to them, doubling our retirement contributions.  If I were single, I could only max out my own Roth IRA.

I’m also eligible to receive Social Security benefits should my spouse die before I do, and he, mine, should I die before him.

While we can essentially double our retirement efforts, we will not likely spend much more than we would if we were single.  For instance, let’s say in retirement I live in a one bedroom apartment for $800 a month.  I would need to live in a dwelling that size even if I were single, so together we are not paying any more than I would if I was single, yet I have double the retirement funds available.

And for those who grow substantial assets during their lifetimes, the governmental benefits are even more important.  According to Alex Popovich, wealth advisor at JP Morgan Private Bank,”‘You might pay a bit more in income tax going from single to married, but there is a savings in taxes overall.’  In the case of the estate tax, couples can transfer $5 million to each other tax-free. ‘The ability to transfer assets to each other is really important,’  he says” (US News & World Report).

While sometimes it seems that being married and having kids is more expensive than being single, there are a number of financial benefits to being married, many of which my spouse and I will reap when we retire.

What other financial benefits of being married do you see?

Share15
Pin3
Tweet24
Share3
45 Shares
Last Edited: 23rd September 2013 The content of biblemoneymatters.com is for general information purposes only and does not constitute professional advice. Visitors to biblemoneymatters.com should not act upon the content or information without first seeking appropriate professional advice. In accordance with the latest FTC guidelines, we declare that we have a financial relationship with every company mentioned on this site.

Previous Post: Buying Things For Our New House Has Gotten Expensive Very Quickly
Next Post: How To Approach Your Student Loan Repayment: Making A Plan