We’ve been on a journey over the past couple of years to cut as many of our regular recurring monthly bills as we can to save money .

We’ve cut back on our entertainment costs, our home energy costs, our phone bills,  and a variety of other things.

Something I’ve noticed that has been a common factor to many of these savings is that we’ve taken advantage of new technologies in order to cut our costs.

While new technologies aren’t always adopted quickly by the market as a whole, if you’re willing to take the plunge, and in some cases help beta test a new product – you can often save a ton of money.

So today I thought I would take a look at how new technologies have the potential to save you a lot of money, while often giving you a better product to boot.

Using New Technology To Save

New technologies have been springing up at a rapid pace over the past 10-15 years, and many of them have had a profound affect on our bottom line.  Computers in general, and the internet specifically, has lead to rapid growth in many sectors, and has been key in creating many new technologies.

In a lot of areas we have had systems that  have worked for a very long time, but with advancements in technology, we now have alternatives.  While some of the technologies are still in their infancy, many are already viable alternatives that promise to save a ton of money.

Today I thought we could look at a few areas where my family has saved money due to switching to a newer technology from an older one.

How We Saved On Communication Costs Due To New Technologies

The internet has revolutionized how we communicate in the 21st century.  No longer are we tied to a landline phone, or sending a letter through the snail mail. We can now communicate with the people we know no matter where we are.

At our house we’ve cut our communication costs to almost nothing thanks to emerging internet and wireless tech. The only thing we really pay for is our internet connection at our house.

Here are a few of the ways we’ve saved on our communication costs using new technology.

So at our house we went from paying probably close to $200/month or more for our communication costs, to paying next to nothing.  We now pay less than $10/month for our cell phones, our wireless data and our home phone. Granted we did have some up front costs for the cell phone, Ooma device and wireless hotspots, but after a few months we were saving money every month.

Saving On Our Home Energy Costs Due To New Technologies

One of the biggest expenses many homes have is their home energy costs.  There are quite a few ways you can save on those costs, but for us some of the biggest savings have been due to new technologies.

Saving On Our Entertainment Costs Due To New Technologies 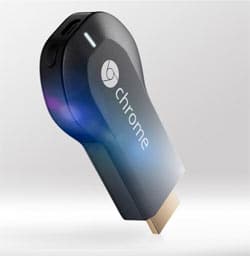 Cutting the cord on your cable TV bills and going with a cheaper alternative is a great idea!

Don’t Dismiss New Technologies, They Could Save You A Ton!

I think when new technologies emerge it can be easy to dismiss them right away because they’re too new, different or not what we’re used to. If we’re able to take a chance on some of them, however, you may find that it could improve your bottom line.

At our house we’ve been able to cut back drastically on our monthly spending just by adopting newer technologies, many of which didn’t exist even a few years ago.

Change with the times, and keep some more of your change in your pocket!

Share22
Pin10
Tweet2
Share2
36 Shares
Last Edited: 19th July 2018 The content of biblemoneymatters.com is for general information purposes only and does not constitute professional advice. Visitors to biblemoneymatters.com should not act upon the content or information without first seeking appropriate professional advice. In accordance with the latest FTC guidelines, we declare that we have a financial relationship with every company mentioned on this site.

Previous Post: How Facebook Can Help You In Your Pursuit To Live A Frugal Lifestyle
Next Post: Health Insurance Premium Tax Credits: Getting Help Paying For Health Care