My wife and I have been cable TV free for the past year or so.

We canceled our traditional cable TV contract where we were paying almost $160/month for TV and Internet, and we have now switched to over-the-air and streaming only services for all of our entertainment needs.

This article is a quick overview of one of the first and best over-the-top streaming TV services, Sling TV.

Sling TV is the #1 live TV streaming service according to Comscore, and they also have one of the lowest cost cable TV packages available. Their packages start at just $35/month. Unlike traditional cable providers, Sling TV has a month to month contract, which means you can cancel at anytime.

Some quick pros and cons of the service:

Up until a couple of years ago there just weren’t a lot of good alternatives to cable TV, especially if you’re a devoted sports fan like I am.  If you wanted to watch your favorite teams, you had to sign up for cable TV.

In the past 2-3 years we have seen streaming services like Netflix, Amazon Prime, Hulu, and others taking over. Traditional cable TV services have been replaced with streaming options like Playstation Vue, DirecTV Now, and of course Sling TV.

I’ve used many of the services and have done reviews of quite a few cord cutting services, devices and tools over the years.  If you’re so inclined you can even check out our cord cutting setup at our house, and read about why we use the tools that we do.

According to consumer research from Leichtman Research Group, Inc, the mean reported monthly spending on pay-TV service is $103.10 (source)

One of the main reasons that streaming cable TV services have gained in popularity is because they are usually much lower cost than their traditional competitors. The mean cable TV subscriber pays about $103.10/month for their cable TV package. Streaming competitors on the other hand have similar packages starting at around $35/month for many of the same channels. Depending on what channels and packages you go with, you can save hundreds of dollars per year by streaming!

Paying Only For What You Want

Price isn’t the only reason streaming services are popular, however. They’ve become increasingly popular because more and more you’re able to choose to subscribe to only the channels you want, instead of only being able to buy huge packages that contain a lot of channels you just don’t watch. For example, if you don’t watch sports you can subscribe to a non-sports package.  Want to watch HBO shows? Just subscribe to the individual channel instead of an entire premium package.

Watch On The Go

Streaming services also have the added flexibility of being portable. You can watch them wherever you are on your mobile or streaming device – as long as you have an Internet connection. With traditional cable TV you’d likely have to have an added expense and special hardware in order to watch your shows on the go.

Sling TV: What Is It?

Sling TV is an over-the-top streaming television service that was launched in January 2015.  It is owned by Dish Network, and as of June 2017 it has over 2 million subscribers.

You pay one low monthly fee for Sling TV, and in return you get around 30-50 channels or more depending on your package. The service can be streamed to your TV via any number of streaming devices.

Sling TV is a month to month subscription service, so you aren’t required to sign a contract like you are with some cable TV providers. You can cancel at any time, and with a 7-day free trial, you can make sure that you like the service before jumping in full throttle.

What Is the Cost Of Sling TV?

So how much does the service cost?

Depending on just what package you sign up for, and whether you sign up for add-on channels or bundles, the cost can vary. Let’s take a look at the different packages.

The basic package with Sling TV is the Sling Orange package.  It starts at $35/month and includes a variety of live shows, sports, news and more. Some of their most popular channels in this package include ESPN, AMC, CNN, HGTV, Comedy Central, History Channel, Disney Channel, TNT, A&E, Lifetime, Travel Channel and more.  In all there are 28 live channels included with the basic orange package.

One of the big caveats with this package is that you are only allowed to stream to one device at a time. So if you have a main TV in the living room, and a second one in the office, you can’t watch TV on both at the same time with this package.

The Sling Blue package is $35/month, and has a lot of overlap with the Sling Orange package, although it’s notably missing the ESPN, Disney and some other Disney owned channels. What it’s lacking in that area, however, it makes up for by having regional sports and local live networks, so that you can watch your regional sports teams and local programming. In my area that means having Fox Sports North and the local Fox affiliate. It also adds in a few additional channels including Fox News, NBC on Demand, Bravo and some others.

The Sling Blue package allows you to stream to more than one device, you can stream on up to three devices at the same time.

With Sling Blue + Orange you’ll have three streams available for Blue channels, and 1 for Orange channels, so up to 4 streams at a time.

Sling TV has a variety of add-on packages that you can buy in addition to your Sling Blue or Orange.

So what are the add-on packages?

In addition to the above mentioned add-on channel packages there are some premium standalone channels that you can purchase.  They include:

So for Sling TV you’re going to be paying anywhere from $35-$50 for the basic packages, and then anywhere from $5-$15 more for each additional add-on package.

In addition to extra channels and channel packages, you can now add on the ability to record your favorite shows, a DVR of sorts. It costs $5.00/month, and it allows you to record up to 50 hours of programming. While it’s too bad it isn’t unlimited hours of programming like YouTube TV, it’s still better than nothing.

What Devices Can I Use With Sling TV?

If you’re planning on using Sling TV the good news is that the service is compatible with a wide range of devices and platforms.

Here are the many of the devices that currently have apps available for watching Sling TV.

I currently use the service on my Amazon devices, 2 Fire TVs and a Fire TV Cube.

The Fire TV boxes and Cube run Sling no problem, while it can lag a bit on the older devices like the 1st gen Fire TV stick. I’ve heard it works well with Roku devices as well, although I can’t attest to that.

In addition to all of the devices above, there are also Sling TV Mobile apps available for iOS and Android devices.

You can find the apps here:

If you’re thinking about signing up, it might be worth your time to look into the free and reduced price device offers that Sling TV has available.  As of the writing of this review you can get the following offers:

Any one of these deals looks like a great idea if you’re planning on using the service for more than a month or two.   I especially like the Fire TV stick deal, definitely worth checking out. To get the deal, click on the link below and then go to the bottom of the page and click on the link for the offer you want to take advantage of.

Things To Be Aware Of With Sling TV

When I first heard of Sling TV a while back I didn’t jump in with both feet because of some of the shortcomings I had heard about the service, including a lack of a DVR, and the bugs that were still being worked out with stream quality and buffering issues.

Thankfully the service has gotten better over time, and they’ve added a lot of functionality including a grid guide (like on a traditional cable box), and now a cloud DVR.

While the service is still relatively new in the grand scheme of things, it continues to get better over time. They’re definitely one of the lowest cost and most popular streaming services available. If you’re looking to cut costs, they should probably be at the top of your list.

I definitely recommend checking Sling TV out. With the free trial there’s nothing at all to lose. 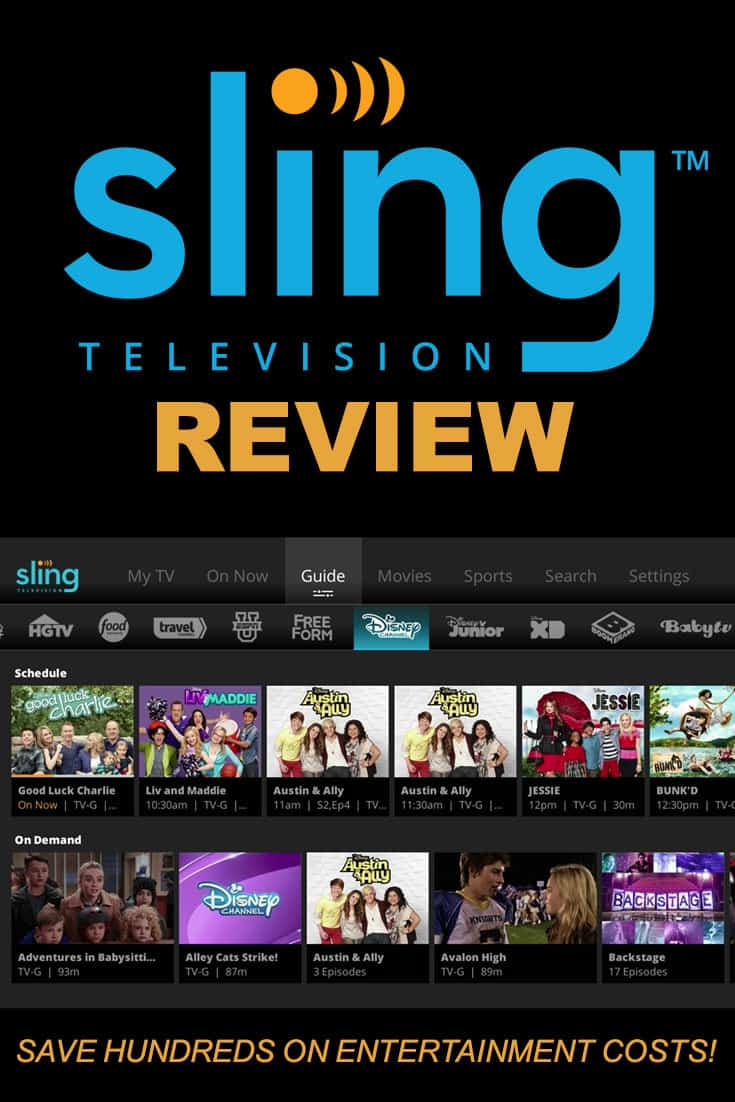 Share48
Pin14
Tweet6
Share10
78 Shares
Last Edited: 2nd April 2021 The content of biblemoneymatters.com is for general information purposes only and does not constitute professional advice. Visitors to biblemoneymatters.com should not act upon the content or information without first seeking appropriate professional advice. In accordance with the latest FTC guidelines, we declare that we have a financial relationship with every company mentioned on this site.