There’s so much to do when you buy a house.

You’ve scoured the internet looking at real estate sites and scrolling through endless home photos.  You’ve likely driven around with the real estate agent for days, looking for the perfect home.  You’ve gathered all of the required documentation to qualify for the mortgage.

But, have you ever wondered about the history of the home you would like to buy?  Any home that you buy “used” has a history to it, and that history may affect your finances. 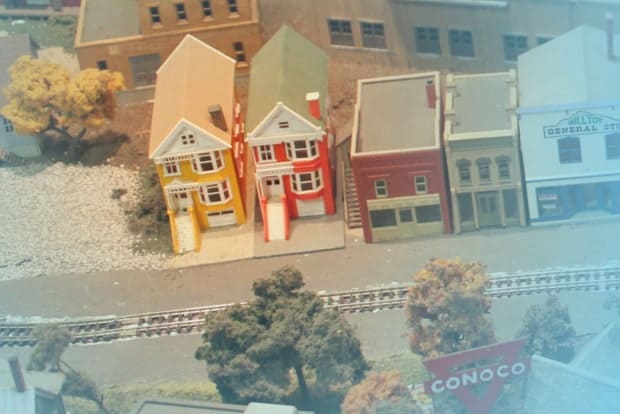 Before You Buy, Call The Local Police Department

Before you put an offer on a home, call your local police department and ask if they have any records of officers responding to the home you’d like to buy.

What, you’re thinking, isn’t that a bit paranoid?

Maybe, maybe just a bit, but you can find out important information that just may save you a bundle of money in the future.

When I was young, my parents had their hearts set on one particular home just down the street.  The elderly couple who owned it knew this and didn’t even have to put the home up for sale.  They just told my parents it was available.

My parents knew that the home had been burglarized twice, but they weren’t concerned.  After all, they reasoned, the elderly couple had a very set, predictable routine.  It would be easy for someone to case the place and discover when the couple would be gone, especially since the home didn’t have a garage.

However, other things made the home a likely target, namely that there was a field across the street, a field to one side, and a deep wood on the other side and behind it.

She had to spend money on increased home insurance premiums and a security system.  Her insurance company threatened to drop her if she filed another claim.

Knowing if the house you’re considering has been burglarized before is important.

You may think meth houses are only in run down, seedy neighborhoods, but unfortunately, that’s not true.  As meth use increases, making meth has become a big business.  CNN Money states, “There have been nearly 84,000 meth lab seizures since 2004, according to the Drug Enforcement Administration.  But only a fraction of meth labs, as few as 5%, get discovered by authorities, according to Mark Woodward, a spokesman for the Oklahoma Bureau of Narcotics and Dangerous Drugs Control.”

If someone uses a home to produce meth, the byproduct seeps into the walls and carpets and will harm occupants.  One couple and their son unknowingly bought a house that was a former meth lab and immediately began suffering the consequences.  “They got dry mouth, headaches and nosebleeds.  Their two-year-old son Ezra got mouth sores so severe he couldn’t drink” (CNN Money).

Did you know in many states that real estate agents aren’t required to disclose if a murder or suicide has happened on a property?

For some people, this isn’t a big deal, but for most people, it is.  In fact, one woman bought a house in Pennsylvania, not knowing that the year before the master bedroom had been the site of a murder-suicide.  She and her children reported various incidents including feeling like someone was sitting on the bed and hearing footsteps.  When the homeowner found out the home’s history, she sued the former owner claiming he knew about the house’s history and did not disclose.  The case went to the Pennsylvania Supreme Court.

Even if you have no problem living in a house where a murder or suicide occurred, the property value may plummet significantly if word gets out.  And if you know about the home’s history and do not disclose when you get ready to sell, you, too, may find yourself getting sued.

When you bought your house, did you call the police to determine the home’s history?  If not, do you think doing so is a good idea, or do you think it’s a bit paranoid?

Share15
Pin100
Tweet
Share1
116 Shares
Last Edited: 4th October 2015 The content of biblemoneymatters.com is for general information purposes only and does not constitute professional advice. Visitors to biblemoneymatters.com should not act upon the content or information without first seeking appropriate professional advice. In accordance with the latest FTC guidelines, we declare that we have a financial relationship with every company mentioned on this site.