One of the Facebook groups I belong to shared a sad story.  A young man, Nathan Trapuzanno, was out on his daily walk in the early a.m. on April 1st when he was mugged and shot; he died just a few hours later.

While an innocent 24 year old losing his life is tragic, what makes this story even worse is that he was a newlywed (his one year wedding anniversary would have been in May).  His wife is 8 months pregnant with their first child.

As a Christian, stories like these can be difficult to bear.  By all counts, Nathan Trapuzanno was an outstanding citizen, a devoted Catholic who said his rosary during his daily walks, and a man excited to be a new father.  He was minding his own business when he was approached by two people, taken into an alley, and shot during an attempted robbery.

Situations like this can make us question the good in this world. 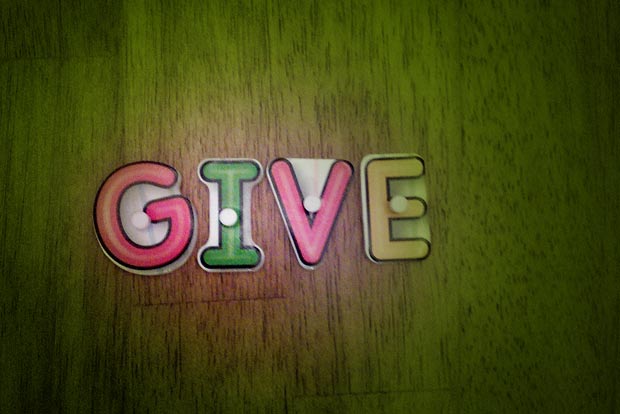 And yet, in this sad story, there is a silver lining.  Trapuzanno’s widow’s cousin set up a Go Fund Me page asking for $10,000 to cover funeral expenses, with any remaining money to go for a baby fund for Trapuzanno’s wife, Jennifer, and his unborn daughter, Cecilia.

While none of us can change what happened to Nathan Trapuzanno, we can support his widow and unborn baby by making sure that Jennifer doesn’t have to worry about finances for some time so that she can grieve and raise her newborn daughter.

Giving: Our Duty As Christians

As Christians, many of us feel a desire and an obligation to give. Of course, many of us tithe regularly to our church, but we may also want to set aside money to give to particular causes such as Trapuzanno’s widow or others who are affected by unexpected events and natural disasters.

While many may not give because they don’t have a large amount to donate, keep in mind that no amount is too small.  Donations on the Go Fund Me site for Trapuzanno are as small as $5.00 to as much as $500.  Every bit helps.

God blesses each of us with unique gifts and talents. The money we earn should help us meet our financial obligations, but it should also be used to help others. If we mismanage our money and spend foolishly, we limit how much and when we can give.  (Of course, this is different from a situation where money is being handled properly but is very tight. In that case, being unable to give is understandable.)

However, if we are not able to give as generously as we would like because we’ve spoiled ourselves by buying things we can’t afford on credit cards that we can’t pay off, we’re not being good stewards of God’s resources.

Catholic Education argues that for Catholics and other Christians, “understanding that stewardship is collective requires us to find ways in which we can collaborate with others to make the resources in our possessions work for the good of all as intended by God.  In other words, the resources at our disposal should help us to fill the earth and subdue it.”

By managing our money appropriately and making prudent choices, we are able to give whenever the need arises.  What happened to Nathan Trapuzanno and his young family is a terrible tragedy, but because so many people have managed their finances and are willing to share with Jennifer Trapuzanno, we can all lift her up and help her in a small way to heal from her devastating loss.

Share22
Pin6
Tweet16
Share2
46 Shares
Last Edited: 28th April 2014 The content of biblemoneymatters.com is for general information purposes only and does not constitute professional advice. Visitors to biblemoneymatters.com should not act upon the content or information without first seeking appropriate professional advice. In accordance with the latest FTC guidelines, we declare that we have a financial relationship with every company mentioned on this site.

Previous Post: What To Do When You Get An IRS Notice Letter After Filing Your Taxes
Next Post: FreedomPop Cell Service Now Has Iphone 5 Available: Free Cell Phone Service With Iphone!