While personal finance bloggers and financial experts often urge Americans to adjust their taxable rate so that they don’t receive a big refund, many don’t heed this advice because they see their tax refund as a forced savings account.

According to Bankrate, at least 54% of Americans get a tax refund.  Those tax refunds aren’t insubstantial.  CNNMoney reports that in the 2011 tax season, the IRS “delivered a total of 109.3 million refunds during the year, adding up to a total of $318.5 billion.”  The average tax return was $2,913.

Despite the enticement of a nice tax refund, many procrastinate when filing their taxes.  CBS News reports that “25 percent of Americans wait till the last week, if not the last minute” to file their taxes.

This procrastination combined with large tax returns is one reason why criminals have found an easy way to get to your money – via tax return scams.

The Latest (and Most Effective?) Tax Return Scam 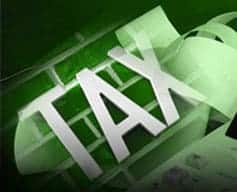 This is an easy crime to perpetrate because there is no real risk to the criminal.  Unlike a home invasion, drug deal or store robbery where they may be risking their own lives, filing a tax return electronically can be done from the comfort of their home with no risk to their personal safety.  “‘We see a lot of gang members who are now involved in tax refund identity schemes because it’s easy.  It’s easy to do.  It’s less violent and it’s very lucrative’ said Wifredo Ferrer, a federal prosecutor in Florida” (CBS News).

Unfortunately, this crime is even easier to commit because if criminals file a return using your social security number, they can have payment within 10 days directly to a third party debit card, which is harder to trace.  Meanwhile you may not even file your tax returns for two more months.

Several more months may pass before the IRS even realizes that duplicate tax returns were filed.  CBS New further reports, “U.S. Postal Inspector Tom Boyle has even seen cases where multiple returns were filed using one stolen ID.  ‘Right now, the IRS is so far behind in matching up the information, it’s months before they even realize the money’s been stolen,’ Boyle said.”

Donna and Jim Ray received devastating news that their 23 year old son was killed in Afghanistan.  Later, “there was another shock to come. Before the Rays could file his taxes, someone else had already done it, and collected $1,400 on a refund that should have gone to Adam’s parents” (CBS News).

How to Avoid This Tax Scam

The best way to combat the chance of being a fraud victim?  File your tax return early and get your money before the criminal can.  For 2012 tax returns, the earliest you can submit is January 30, 2013.

Criminals have come up with plenty of scams to access your tax return money.  The key to avoid being scammed is to know the latest strategies criminals are using, to keep your social security number private, and to file your tax return as soon as possible.

Have you ever been a victim of a tax scam or do you know someone who was?

Share19
Pin3
Tweet25
Share4
51 Shares
Last Edited: 28th January 2013 The content of biblemoneymatters.com is for general information purposes only and does not constitute professional advice. Visitors to biblemoneymatters.com should not act upon the content or information without first seeking appropriate professional advice. In accordance with the latest FTC guidelines, we declare that we have a financial relationship with every company mentioned on this site.

Previous Post: 2013 Traditional And Roth IRA Contribution Limits And Phase Outs
Next Post: How To Save Money When Shopping Online: From Research To Receipt