Jessie loves to argue, and she is good at it.

Her friends and family always told her she should be a lawyer, and she agreed.

She went to a law school a few hours from home and imagined a successful future for herself where she would be able to argue and debate for much of her day and make a good living doing so.

Reality was different, though.

Jessie didn’t like the intense workload, and she realized there was a lot more to law than just arguing and debating.  She didn’t like the cutthroat environment and soon realized being a lawyer wasn’t the job for her. 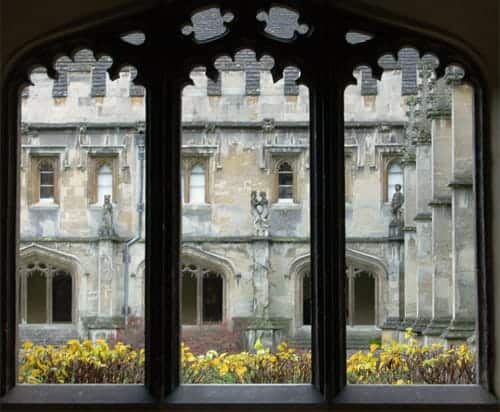 Yet, she mulled over the decision to drop out because she already had a year invested in her law degree, and she was now thousands of dollars in student loan debt.  The debt didn’t bother her initially because she thought she’d make a good income as a lawyer.  Should she walk away from the degree and be saddled with thousands of dollars in debt without the promise of a good income?

That’s exactly what she did.

If you’re pursuing a law, veterinary, medical or other professional or graduate degree and you’re miserable, you should be willing to drop out despite the sunk cost.

What is worse than leaving a graduate program with tens of thousands of dollars of debt and no degree?  Staying longer and accruing more debt because you feel like you don’t want to lose the money and time that you’ve invested.

I’m not saying drop out without much thought, but if you’re sure the program you’re in is not for you, dropping out sooner rather than later is the better choice.

Typical Americans change careers several times during their working lifetime, but if you have a specialized degree like medical doctor, lawyer, or veterinarian, you will not change careers as frequently.  You’ll probably be several years into your career before you’re even free of student loan debt.

Do you want to continue on with a career you do not love?

Life is much too short for this.

Cut your losses with the current program that you’re in and discover something that you do love.

Jessie, in the example above, went on to get a graduate degree in political science, and now she spends her days doing what she loves.  When she looks back at her time in law school, she’s thankful that she made the decision to drop out.

Ways to Avoid Dropping Out

Of course, it’s best to not to make the mistake and find your self in this situation.

One of the best things that you can do is volunteer in the field that you’re interested in.  I used to be interested in being a veterinarian.  I spent one summer when I was in college volunteering at a vet’s office.  I was able to help with the appointments and to be present during surgeries.  This experience helped me realize that although I liked animals, I didn’t want to become a vet.

This one summer of volunteering potentially saved me thousands of dollars in loans and tuition.

Spending time and money investing in your future career only to discover midway through that you’re not suited for said career can be devastating.

Some people will choose to stick it out because they can’t face the sunk cost of their education. Don’t feel that you need to, however.  Life is too short to be stuck in a career that you do not love.

Did you pursue a graduate degree?  Did you discover that the field wasn’t right for you?  If so, did you stay in the program or drop out?

Share22
Pin3
Tweet1
Share
26 Shares
Last Edited: 22nd March 2018 The content of biblemoneymatters.com is for general information purposes only and does not constitute professional advice. Visitors to biblemoneymatters.com should not act upon the content or information without first seeking appropriate professional advice. In accordance with the latest FTC guidelines, we declare that we have a financial relationship with every company mentioned on this site.