From time to time on this site I like to step outside the bounds of personal finance and write about something else I’m interested in, like cool technology that is being released to make our lives better. 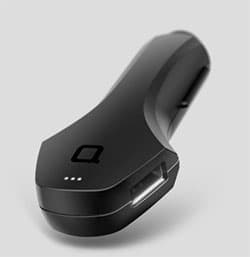 Today I’m going to talk about a fun little piece of technology that won’t necessarily save you a ton of money, but it just might make your life a little bit easier.

The folks over at Nonda contacted me to see if I might be interested in trying out a version of their new product.  It’s called the Zus Smart Car Charger, and after raising a ton of money on Indiegogo last year, it’s now available for the general public.

I agreed to take a look.

Here’s a video look at the unboxing of the Zus Smart Car Charger, and a rundown of it’s features.

My free review version of the Zus device arrived in the mail in a small envelope. The device itself was inside of a very stylish plastic and cardboard package. 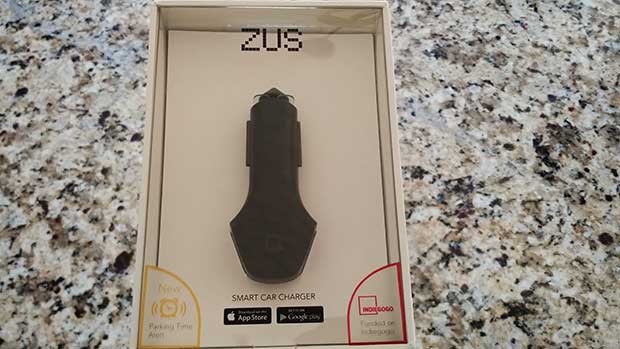 The packaging was easy enough to open and the device itself is obviously of high quality. 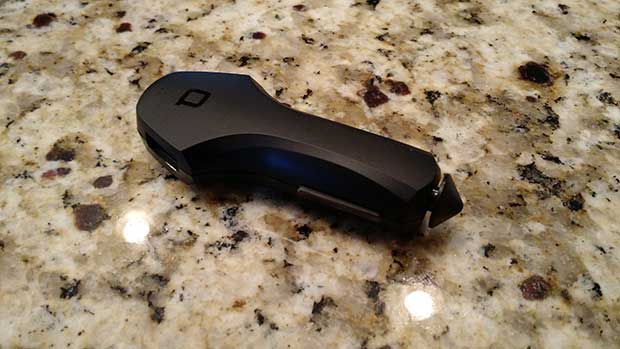 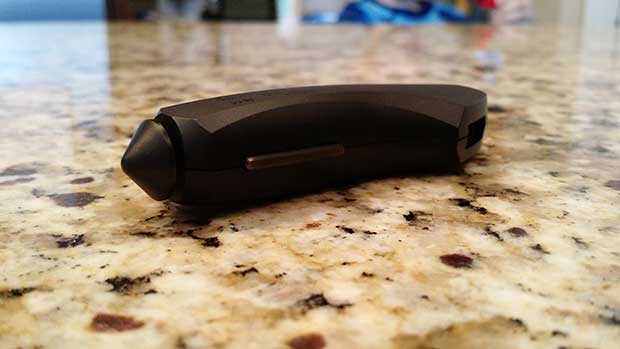 Right off the bat the device looks and feels like a winner, and looks like it will last for the long haul. But how does it work?

The first thing you need to do after you’ve unboxed your new smart car charger is download the appropriate app for your smartphone so that you can pair your phone up with your Zus charger.

Find the apps for iOS and Android here:

Once you have the app downloaded just sign up for an account, and you’ll be ready to go. Time to go plugin your device.

Plugging In And Connecting The Zus

The first time I used my Zus Smart Car Charger I took it out to the car and plugged it into the charging port.  Even though the port was under the console, the device and the USB ports were easy to see since it has built in “elegant lighting”. There are lights on the USB ports, as well as 3 LEDs on the front to show whether the device is connected to your phone or not. 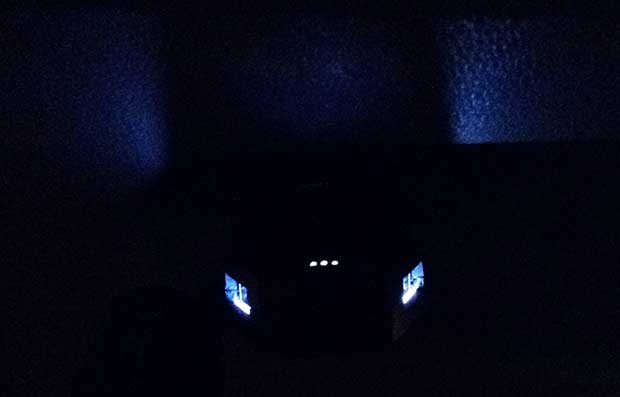 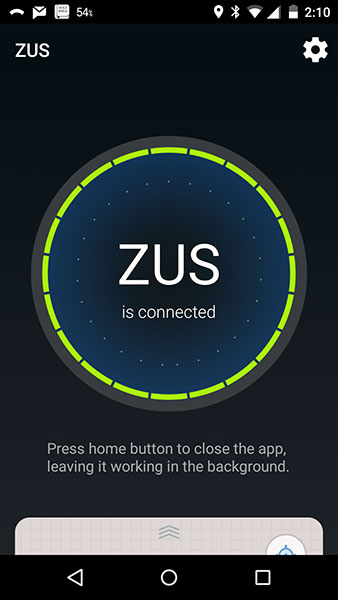 One of the more important features to me of the ZUS smart charger is the fact that it is able to charge my device up to 2x faster than other normal car chargers. It has advanced device detection technology, which means it will give you the ideal charge for your iPhone and Android phone, based on your phone’s maximum charge it can accept.

So you have 2x the charging speed, so that means for the average phone like mine, it would cut a normal 4 hour charge time to just over 2 hours.

Not only will it charge faster, but will charge cooler.  The Zus has a special cooling system built into the device that allows it to be around 35% cooler than typical chargers when charging your device.  That means your charger will last longer since heat is the enemy of electronic devices.

I have tested out the charger several times now, and while I don’t know exactly how much faster it charges, it definitely does charge faster than my old bargain bin charger.

The other functionality advertised for this charger is the fact that it can help you to find your car if you’ve forgotten where you’ve parked.

All of us have been in that situation where we go to a mall with a huge parking lot, only to forget where we parked.  The Zus aims to help you never have to deal with a lost car again. Here’s how it works.

Whenever you park your car, Zus will notify your phone that your car has stopped over Bluetooth (since the power outlet no longer has power), and the app will save your car’s location on the phone.

When you need to find your car, you just open the app and follow the arrow. Here’s an example from my phone as I was testing it out. 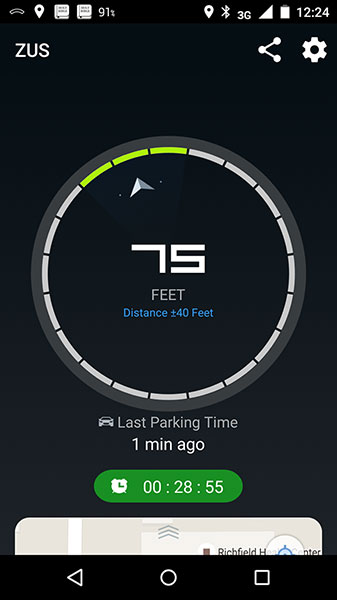 Between using the compass, and the built in Google Map, the app will guide you back to where you parked your car. 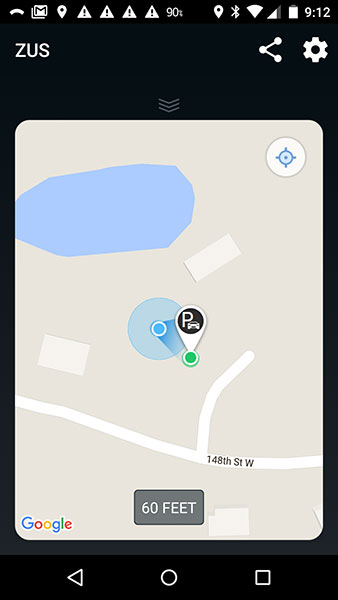 When you are close to your car, the app will indicate that “Your Car is Nearby”. 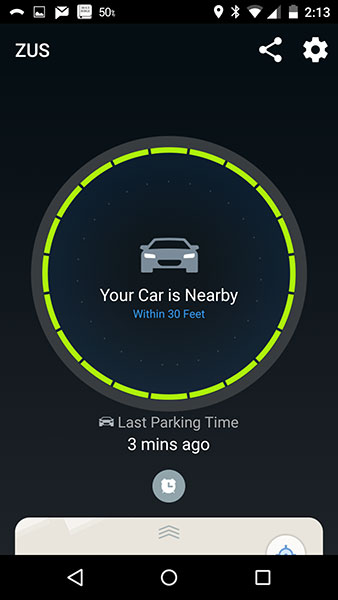 Another interesting feature that could come in handy, especially if you regularly use paid parking lots or meters – is the parking timer.  To use it you just open the app and click on the alarm clock in the apps main screen. It will open a popup where you can enter a parking timer – either a custom one or by choosing one of the preset timers from 30 minutes to 4 hours.

Once you set the timer it will set a notification on your phone to remind you when your parking time is close to expiring.

I used it while I was at lunch, and 10 minutes before my time was up, it gave me a clear notification reminding me that my parking time was almost up. Pretty cool.

Things To Be Aware Of With Zus

I did have a couple of negatives to note for the Zus device, although they aren’t huge deals in my eyes..

First, the car location functionality typically only works well if you’re parking outdoors, not in an enclosed or underground parking area. Since it uses the GPS on your phone to record your location, if you don’t have a clear view to the sky you could run into issues with the parking location. This problem is easily fixed by just parking on the top level of a parking garage, or making sure your parking spot has a clear sky view.

Second, I ran into an issue with the parking location not being recorded because the power outlet on my car doesn’t turn off like most cars when I turn off the ignition. Because of that the Zus doesn’t know that you’ve parked unless you manually unplug the device.  A bit of a pain, but nothing that can’t be worked around. I already unplugged my previous charger anyway because it tends to drain the battery over time if I don’t.

Zus – A Device To Make Your Life Easier

While the Zus device isn’t going to change anyone’s world or lead to world peace, it is a nice little piece of technology that can make your life easier.

Whether it’s being able to charge your phone a bit faster while on the go, or being able to find your car in the Mall’s huge parking lot – it solves common problems that a lot of people have.

I’d recommend it for those who are constantly on the go and in need of a charge for their mobile devices – or for those who have a tendency to misplace their car at the mall. 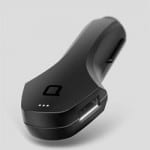 Share20
Pin2
Tweet4
Share1
27 Shares
Last Edited: 17th March 2019 The content of biblemoneymatters.com is for general information purposes only and does not constitute professional advice. Visitors to biblemoneymatters.com should not act upon the content or information without first seeking appropriate professional advice. In accordance with the latest FTC guidelines, we declare that we have a financial relationship with every company mentioned on this site.

Previous Post: Being The Right Type Of Giver
Next Post: 6 Ways To Simplify Your Life So You Can Save Time And Money