Doing a budget has decreased our spending

Within the past few months my wife and I have started doing a zero based budget where every dollar is allocated before it comes in.  When the paychecks are deposited each and every dollar is assigned a job, whether it be paying bills, groceries, personal spending money or savings.  Since we give every dollar a job, money doesn’t just “disappear” in the ether,  and we have more money at the end of the month.

We’ve been using the envelope system for problem spending categories as well.  Sometimes, even when you have a budget, you inadvertently spend more than you should in categories like groceries, eating out or miscellaneous spending.   Using the envelope system is helping us to eliminate those overspending problem areas.  We have a set amount of money in our envelopes every month for those problem categories.  When the money runs out, we can’t spend anymore.  It’s a nice concrete way to control our spending. 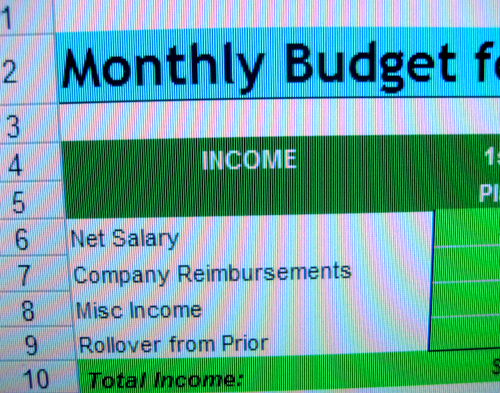 Unintended Consequences Of Making A Plan

One thing we’ve realized since we’ve been doing our monthly budget is that there are some great side benefits to doing the budget, besides the improvement to our bottom line.  Here are a few:

So those are a few of the unintended but welcome benefits that we’ve found as a result coming up with a financial plan, and doing a budget.

Are you doing a budget?

Is your family on a budget? Why or why not?  If you are on a budget, what unintended consequences did you find once you started working your plan?

Share20
Pin
Tweet
Share
20 Shares
Last Edited: 10th February 2014 The content of biblemoneymatters.com is for general information purposes only and does not constitute professional advice. Visitors to biblemoneymatters.com should not act upon the content or information without first seeking appropriate professional advice. In accordance with the latest FTC guidelines, we declare that we have a financial relationship with every company mentioned on this site.

Previous Post: Personal Finance Bible Verse Of The Day: Your Value
Next Post: 5 Keys To Overcoming The Urge To Splurge