A while back I wrote about how I was considering buying an Amazon Kindle because of my love of reading, and the good things I had heard about it. I ended up buying the device, and doing a Kindle review for this site. The verdict that I came to? The Kindle, while it isn’t a multi-functional device like the Ipad or other tablet, is a great way to read ebooks, newspapers and other media if you’re a reading junkie. It does have a web browser and music player, but I’d only use those in a pinch.

One thing that I loved about the Kindle is the fact that there are so many sources of free ebooks available out there that you could probably end up reading books for free for years to come!  Add to that the fact that Amazon recently started allowing Kindle users to do library lending (for local libraries that have ebook lending), and the Kindle was a winner – especially at the new super  low price of  $79 for the cheapest Kindle reader.

I’ve recently been looking into getting a tablet computer, like the Ipad or Galaxy Tab, but for the most part had stayed away from purchasing one because of the high cost.   The recent announcement, however, that Amazon would be releasing an Android tablet piqued my interest. Why? Because it promised to be much more affordable than it’s competitors, while still being a device that doesn’t skimp on quality or usability. 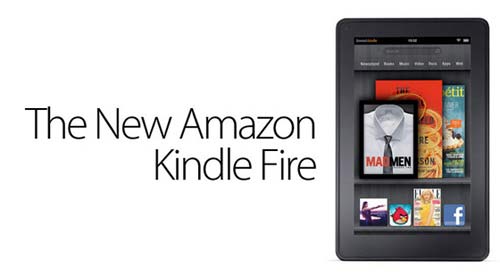 The Kindle Fire was announced to much fanfare a couple of weeks ago, and people are excited about the device because of it’s combination of low cost and high quality that others will have a tough time matching.  It also has some features like the high speed Amazon Silk web browser that promises to make the experience even more satisfying.  Add to that the face that Amazon Prime users can stream free video content, as well as borrowing free books every month, and it’s going to be a definite contender.

So when you look at the Kindle Fire, what are some of the tablets currently on the market that it will be competing against?

There are certainly others, but those are some of the hottest ones. So what price point will the Kindle Fire have when it launches in November?

So right off the bat the Kindle Fire has a price, at $199,  that seems to be anywhere from $200-300 cheaper than most of it’s competitors. That’s gonna be hard for other tablet makers to beat, and it could be a game changer.  The only one that could come close on price is the $250 Nook Tablet, also launching around the same time.

I think the Kindle Fire will be one of the biggest and most requested tech gifts this Christmas – even (or especially) for the frugal crowd.

So what specs can you expect with the Kindle Fire, and will the device even be able to do most things tablets excel at like web browsing and video?  Here are the specs:

So while the specs are hardly as robust as the Ipad, for example, it still has enough features and functionality to make it an attractive offering.

Pros And Cons Of Kindle Fire

Storage: So as you can see the specs aren’t exactly the best of the tablets.  A lot of tablets that the Fire goes up against have 16-32GB of storage, while the Fire has only 8GB.  Amazon counters that by pointing out that much of your media can be stored in the cloud.    The Nook tablet could compete with it’s 16GB of space at just $50 more.
Size: Some other tablets are also quite a bit bigger. The Ipad is a full 2.7 inches bigger in screen size,probably better for watching movies and TV.  Of course that means the Fire is quite a bit lighter – a positive in my view – clocking in at 50% lighter than the heftier Ipad.  That makes it easier to hold in your hand for longer periods of time – like for reading a book, or watching media on the couch.
Not A Lot Of Extras: Another downside to the Kindle Fire is that it doesn’t have a lot of extras, it’s pretty barebones.  It has no forward or rear facing cameras or microphones, so there won’t be any video chats or video blogging.  It also doesn’t give the option of 3G wireless access, it comes only in a Wi-Fi version for now.

All in all I think the Kindle Fire will offer a decent tablet alternative for folks who don’t want to spend upwards of $4-800 for a tablet computer.   You won’t be sacrificing a ton of functionality in my opinion except a bit of screen real estate, some cameras and possibly a mic. Depending on what your plans for using the device, that may or may not be a deal breaker.  For me, I think the Fire might just be what I was looking for.  Time to go give my Christmas list to my wife!  (UPDATE:  I won an Kindle Fire from a giveaway over at CoupleMoney.com – so I’ll be getting one right after it launches.  Full review to come!)

UPDATE: I’m giving away a Kindle Fire along with 4 other Christian personal finance bloggers. Head on over for your chance to win (until November 21st, 2011): Kindle Fire Giveaway

Share1
Pin
Tweet37
Share3
41 Shares
Last Edited: 5th January 2018 The content of biblemoneymatters.com is for general information purposes only and does not constitute professional advice. Visitors to biblemoneymatters.com should not act upon the content or information without first seeking appropriate professional advice. In accordance with the latest FTC guidelines, we declare that we have a financial relationship with every company mentioned on this site.

Previous Post: Where Did You Get Your Money Smarts?
Next Post: Is It Worthwhile To Pay For Credit Card Payment Protection?