About a month ago I wrote about the Kindle Fire – before it had been released –  talking about how I thought it was going to be  a great alternative for frugal gadget lovers to the Ipad or other various assorted tablets.

It was reported to have pretty much everything a beginning user would need.

Access to a huge library of books, movies, TV and apps, and all for a low price that won’t break the bank. At less than $200 it is almost to the level of becoming an impulse buy – not one you need to setup a separate saving budget category for like an Ipad.

Since I wrote that post I ended up winning a Kindle Fire through a contest on another blog.

I got my Kindle Fire right after the launch and have been able to test out the device for the past month or so. Today I thought I’d take another look at the device, talk about whether I still think it’s a good value, and whether or not people should consider buying one.

Kindle Fire: Who Are The Competitors? 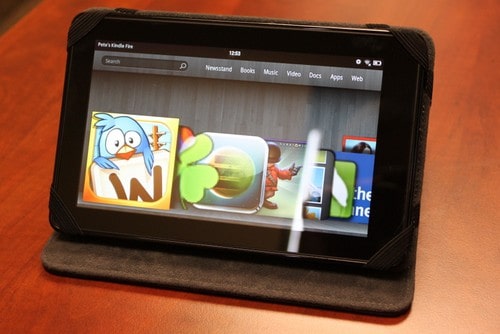 The Kindle Fire has quite a bit of competition out there these days.  Among them:


The Kindle Fire has a lower price than all of them.

By pricing the Kindle Fire so low Amazon.com is really making the low price part of the value proposition – and trying to remove at least one of the barriers to buying one.

By some accounts Amazon is probably selling the Fire at a loss – in the hopes that they’ll be making a bunch of money from Fire users via the integrated Amazon services. Knowing Amazon, they’re probably right.

The low price is going to be hard to beat for other tablet makers, and already in it’s first month the Kindle Fire is showing huge sales numbers.

Amazon issued a press release today indicating that customers are snapping up Fire at a rate of more than 1 million a week, for the third straight week.

Says Amazon Vice President Dave Limp in the release: “Kindle Fire is the most successful product we’ve ever launched – it’s the bestselling product across all of Amazon for 11 straight weeks, we’ve already sold millions of units, and we’re building millions more to meet the high demand. In fact, demand is accelerating – Kindle Fire sales increased week over week for each of the past three weeks.”

So they’ve currently sold somewhere in the range of 3-4 million Fires, and the demand is “accelerating”. If they’re able to reach 5 million sold by the end of the year as many expect, the Fire would be the best-selling Android-based tablet in the world, beating high-profile tablets from Samsung and Motorola. The only other tablet that will have sold more is Apple’s Ipad. 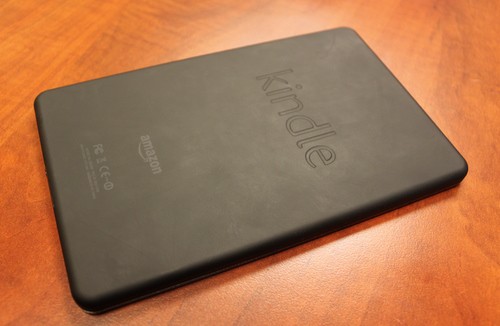 Details Of The Kindle Fire

So let’s get down to the nitty gritty of the Kindle Fire. What are the specs?

The Fire has a great 7″ display which in my experience is just big enough to be a decent size for browsing, but not so big as to feel clumsy or too big when holding it in your hand.  The Fire has a nice quality feel to it,  solidly made with a nice heft to it, but it’s not so large as to make your arm tired. It feels to be about the weight of a nice hard cover book.

I’ve found the battery time to be consistent with their 7-8 hours stated battery time – maybe slightly less if I’m doing a lot of streaming video and other resource intensive tasks.

Overall the unit is pretty responsive, although in some screens and menus there is some lag, especially in the web browser.  The touchscreen can also sometimes be a bit non-responsive – to be honest when I first got it I was a little annoyed by it.   Amazon released an update a week or two after the release, and that did fix many of the issues I was having. They’ve also announced a second update coming soon to address some of the other interface and touchscreen complaints.  So far I’m impressed that the changes they’re making to the software are actually improving the device.

With 8 GB of space on the device, and of that only about 5 GB reserved for your own files – one of my few complaints of the Fire is that it is too limited on internal storage.  I also dislike the fact that it doesn’t have an SD card port – or any way to add on storage.  Granted, Amazon’s cloud storage for apps, movies, music and books is nice to have – and a great way to save space.  But what if you’re going somewhere where there isn’t wi-fi, or the signal is too slow to stream video?  I’ve already started running into storage issues with the device after downloading a ton of apps, and uploading several movies to the device.  Hopefully future devices will give other options for more storage.

Pros And Cons Of The Kindle Fire

So far I’ve been very impressed with what the Kindle Fire has to offer, and I’ve been even more happy with the device after they updated the software to improve the responsiveness.   Still, there are things about the device that I don’t like.

While I did find quite a few things about the device that I didn’t like, the pros far outweigh the cons.

Kindle Fire Is A Definite Winner

After having the Kindle Fire for the past month, using it extensively and putting it through it’s paces, my opinion is that the device is a definite winner.

Yes, it’s an imperfect device that could use some improvement in some areas, but for the price it is a great value.

Amazon is already fixing many of the problems I initially had with the device, and if you temper your expectations going in, you won’t be disappointed.   The Kindle Fire is a great entertainment and media consumption device that I would highly recommend!

Check out the Kindle Fire on Amazon.com

Have your own Kindle Fire?  Tell us what you think in the comments!

Share4
Pin4
Tweet17
Share4
29 Shares
Last Edited: 6th May 2019 The content of biblemoneymatters.com is for general information purposes only and does not constitute professional advice. Visitors to biblemoneymatters.com should not act upon the content or information without first seeking appropriate professional advice. In accordance with the latest FTC guidelines, we declare that we have a financial relationship with every company mentioned on this site.

Previous Post: What Are The Rules For Inheriting A Roth IRA?
Next Post: Lending Club Income And Taxes