In health circles, the standard American diet is abbreviated as the SAD diet.  With its emphasis on fast food and white, starchy, and sweet foods, eating the SAD diet can do a number on your health.  We are seeing this as our children are the first generation that may have a shorter life span than their parents.

Sure, money  may be tight and we may think it is cheaper to grab a burger from the dollar menu, but have you thought of the effect of that choice as you make it over and over?  Not only could you possibly be making yourself more susceptible to diseases such as diabetes and cancer, you can also be shortening your life.

Beyond the health implications, you could also be robbing your future self of wealth. Think that is overly dramatic?  Consider the financial ways poor health can affect you:

1.  Insurance costs.  Being overweight or having a health condition can cost you plenty in insurance expenses.  If you are self-employed and have to buy your own health insurance, you will pay more if your BMI is higher than what is considered healthy.  You may not even qualify for private health insurance if you have a chronic condition (though Obamacare will remedy that soon).

In addition, your life insurance premiums will be more costly if you smoke, have a chronic condition or are overweight.  I have a friend who pays $16 more than her husband every month for life insurance because she was considered obese when she got the policy while her husband was at a healthy weight.  That may not sound like a lot of money, but each year, she is paying $192 more, and over the course of the 20 year policy, she will pay $3,840 more than her husband. 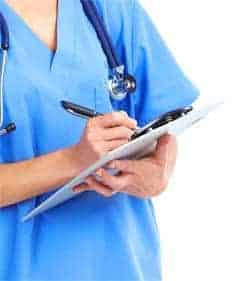 2.  Higher medical expenses.  Eating the standard American diet can lead to more health problems including high blood pressure, heart disease, and diabetes.  Each of these conditions will lead to increased doctor’s visits and surgical procedures.  Many of these conditions also require monthly prescriptions.  How much you will pay will depend on your insurance, but many prescriptions run $10 to $30 per month.

My friend’s husband is only in his mid-thirties, but he already has diabetes and requires medication for that as well as for some other health issues.  Even though his insurance is quite generous with what it pays, he still must pay $155 out of pocket a month for prescriptions alone.  That is $1,860 a year, and $18,600 over 10 years, not including any increases in prescription prices.

Even if you don’t end up with one of these serious conditions, being overweight can lead to problems with your mobility, including your knees and hips, which can lead to not only general discomfort, but surgical procedures.

3.  May not be able to work as long before retirement.  The longer you can work, the more you can theoretically save for retirement, and the less you have to have saved for retirement.  If you work until 67, you will have 10 more years of retirement savings and 10 years less of retirement that you need to pay for than someone who retires at 57.  Certainly some choose to retire early because they would like to, but according to USA Today, “About 47% of current retirees who retired earlier than planned were forced to stop working because of health problems, according to McKinsey & Co.  Less-affluent retirees were far more likely to cite health problems as the reason for forced retirement than higher-income workers were, the study found.  ‘At lower-income levels, many of these people have jobs that require physical labor’ says David Hunt, a senior partner at McKinsey.  As they age, some are no longer able to handle the demands of their jobs, he says.”

4.  May not be able to live independently.  We would all like to be able to live independently, at home, until our end of life comes, but that is often not the case.  While some medical conditions such as strokes may just be a part of old age, the chance of suffering from many other conditions may be brought on by poor health and an unhealthy diet.  One particularly devastating disease that affects many older people is Alzheimer’s.  While the causes aren’t clear yet, the Mayo Clinic states, “some evidence suggests that the same factors that put you at risk of heart disease may also increase the chance that you’ll develop Alzheimer’s.  Examples include:  lack of exercise, smoking, high blood pressure, high cholesterol, poorly controlled diabetes.”

Many people argue that they don’t have money to buy organic foods or even enough fruits and vegetables.  I understand that for many, money is tight.  However, if you choose not to pay the money upfront now to eat healthy food, you will likely be paying out money later to pay for your medical care.

Share21
Pin5
Tweet23
Share5
54 Shares
Last Edited: 10th February 2014 The content of biblemoneymatters.com is for general information purposes only and does not constitute professional advice. Visitors to biblemoneymatters.com should not act upon the content or information without first seeking appropriate professional advice. In accordance with the latest FTC guidelines, we declare that we have a financial relationship with every company mentioned on this site.

Previous Post: How We Saved Almost $1000 On Our Homeowners And Auto Insurance Premiums
Next Post: Betterment Updates Their Site To Give Better Advice, Enhanced Reporting And Better Site Performance