A month or two ago I heard about the Obama Administration’s “Making Home Affordable” refinance program.   At the time we had already tried to refinance our mortgage once in January or February, and had decided not to proceed because it would have meant that we would have to start paying PMI on our mortgage.  With the addition of the PMI it would mean that even though our rate would drop to just above 5%,  with PMI we would still only be saving about $20-30 a month. We just decided that it wasn’t worth it at the time.

Months later with the Home Affordable Refinance Program kicking in we decided to give refinancing our 6.5% fixed rate mortgage another shot. You can read the first parts of our refinance story here:

Want to catch up and find out more about the government program and find out if you’re eligible?  We’ve covered it extensively on this site:

After figuring out that we were in fact eligible for the HARP program through the government’s website, we set off down the road of  refinancing our mortgage.    In part one of our story I talked about how we initially got the run around when we contacted Countrywide Home Mortgage.  They would tell us that we weren’t eligible, and when we proved to them that we were they would give us the run around telling us that Countrywide (now Bank of America) wasn’t yet setup for the HARP program.  They promised to call us when they were ready, but they never did in fact call us. 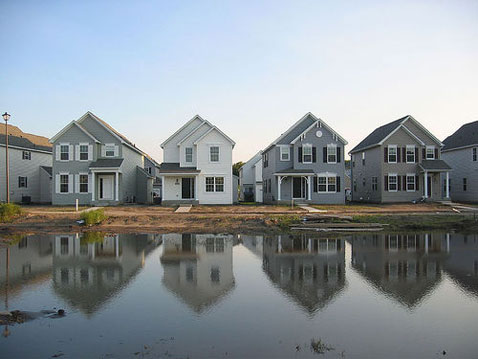 After being frustrated by the run around we were getting at Countrywide, I was able to find a new contact at the mortgage company through a mortgage broker that I had met on twitter.  My new contact was much more helpful, and was able to confirm for us that we were eligible for the program, we would not have to pay PMI, and that we would drop more than a point off of our interest rate.

We were getting ready to refinance our mortgage at a 5.25% rate when disaster struck.  My wife Maria had a medical issue that necessitated a short stay in the hospital and a surgery that hadn’t been planned.  We ended up having to pay a couple thousand dollars in medical bills – cutting into our stockpile that we were going to use for closing costs on our refinance.  We had to put off our refinance for at least another month or two until our hospital bills were paid. We just hoped that the rates wouldn’t skyrocket in the meantime.

We quickly paid off our medical bills within a month or so, and once again embarked down the path of refinancing our mortgage.  In the meantime the rates had gone up a bit to around the 5.5% range.  We had been hoping to drop more than a point off of our mortgage rate, and to payoff our closing costs through realized savings within 1 year of closing on our refinance.  5.5% wasn’t going to cut it, we wanted it to be at least 5.375%.

With the mortgage markets fluctuating up and down over the following weeks we finally just decided that if the rates hit a certain level (5.375%) we would put a lock on our rate, and do the refinance.

The rates finally hit the level that we wanted them to be at, and we locked in our rate for 45 days.   After talking with our contact at Bank of America we settled on a closing date in mid to late August.

Last Friday we finally had our closing on our refinance with Bank of America.  True to form BoA was once again late in sending the closing documents to the closing agent, and only sent us our HUD-1 Settlement Statement the morning of the closing.   Because the documents were sent late to the closing agent she was an hour and a half late to our closing.  Go figure, I should have known that this process that started with us getting the run around would end the same way.

In the end we improved our situation, saved $213 dollars on our total payment every month, and it didn’t cost us as much as Countrywide said it would even a few months ago ($7000 closing costs 8 months ago).

5.375% 30 Year Fixed Rate
No PMI (even though our home value dropped, It’s not required under HARP)
$1144/month payment
$275/month escrowed taxes and insurance (taxes dropped slightly with our home value, and escrow was re-calculated at a lower amount)
$1419/month total payment
$2590 closing costs

Our rate is 1.125% less
$213/month less on our payment
Closing costs paid back through monthly payment savings in 12.7 months.
Interest savings over life of the loan of about $20,000. (We’re planning on paying it off early anyway)

Feels Good To Finally Be Done

Our refinance process took a lot longer than we thought it would.   We started looking into it all the way back at the beginning of the year, and finally finished it last week – almost 8 months later.

So yes, it was worth it – even though it was a huge pain and took a lot longer than we thought it would.

Are You Refinancing Or Trying To Modify Your Loan?

Are you in the middle of doing a refinance or home loan modification – either through the Making Home Affordable Program, or otherwise? I’m curious how it’s going for you (or how it went?). Was it a smooth process, and did you get the rate you were looking for? Did you have to pay a lot of fees? Tell us about it in the comments!

Share7
Pin1
Tweet
Share
8 Shares
Last Edited: 5th April 2012 The content of biblemoneymatters.com is for general information purposes only and does not constitute professional advice. Visitors to biblemoneymatters.com should not act upon the content or information without first seeking appropriate professional advice. In accordance with the latest FTC guidelines, we declare that we have a financial relationship with every company mentioned on this site.

Previous Post: Cash For Clunkers Program Is Dead Again. Gas Guzzler Trade-In Program Ends Monday.
Next Post: Why You Should Beware Of Things Offered For Free