If you’re ever looking for a place to lose a couple of hours, Quora is a good place to go. It’s a site where people ask questions, and then get answers from experts on the subject.

For example, I remember one question I recently read where someone asked what it was like to serve a life sentence in prison, and there were promptly several detailed answers from ex-cons and convicts alike.

Another person had asked what it was like to live on earth after living in zero-gravity, and an astronaut who had lived on the space station promptly chimed in with a detailed answer.

This past week I was perusing the site when I saw an interesting post asking the question, “how did you make your first million dollars?“.  I thought some of the answers were very interesting, and provided some good advice to others as they endeavor to earn and save 7 figures.

How Did They Make Their First Million Dollars? 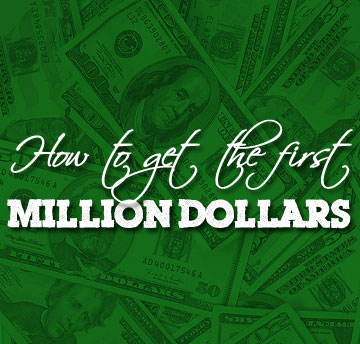 There were quite a few interesting stories from people who had achieved a net worth of over a million dollars. Their stories were varied, and go to show there isn’t one way to make a million dollars, but many ways.  Here are a few of the stories I read – click over to the post to read more detailed versions.

The answers go on from there, but there are lots of interesting stories if you have some time read them.

Advice To Be Learned From These Millionaires

So what are some things we can learn from these millionaires?  Here are a few things I keyed on from the thread.

How Long Until Your First Million?

Making a million dollars isn’t something unattainable, and just about anyone can do it even if they don’t make a huge income.  It all comes down to living your life in a way that promotes growing wealth, and not in a way that is above your means and subsidized.

Want to figure out how long until you make your first million?  Check out the calculator below.

Share54
Pin72
Tweet44
Share6
176 Shares
Last Edited: 16th June 2014 The content of biblemoneymatters.com is for general information purposes only and does not constitute professional advice. Visitors to biblemoneymatters.com should not act upon the content or information without first seeking appropriate professional advice. In accordance with the latest FTC guidelines, we declare that we have a financial relationship with every company mentioned on this site.

Previous Post: Avoid The Siren Call Of The Christmas Shopping Deals
Next Post: The Walgreens Drugstore Game By Amanda Grossman – A Review