My husband and I have been in debt for three long years.  We hope to be completely out of debt within the next 5 years.  As the one that handles the budget, I can tell you that our debt weighs on me heavily.  I think about it every day, and I feel it like a weight on my shoulders.  Sometimes I can’t sleep because I worry about money and paying off our debt.

If you’re deep in debt, I’m sure you can relate.

So when I read USA Today‘s headline, “Poverty Shown To Damage Decision Making”, I read on with interest.

In short, the less money you have, the worse your decision making, regardless of income level.

Researchers from Princeton University tested both Americans in a New Jersey shopping mall and sugar cane farmers in India to see if their hypothesis–that being short on money affects your decision making–holds true.  Surprisingly, it did. 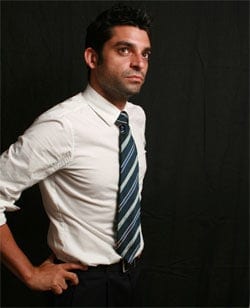 Senior author Eldar Shafir states, “It’s not just abject poverty.  Once your budget is constrained, your decision making suffers” (USA Today).  While you may say this study doesn’t apply to you because you’re not living in poverty, Shafir’s clarification shows that it applies to many of us living on tight budgets as so often happens when paying down debt.

“In the experiments reported in the journal Science, Shafir and his colleagues first tested 336 shoppers at a New Jersey mall, people with an average household income of $74,000. They were presented with financial problems such as deciding how to pay for hypothetical car repairs. Faced with easy $150 car repairs, rich and poor alike made good decisions on whether to forgo the repairs, pay in full or take loans with varied, sometimes heavy, interest rates to pay for the repairs. The rich also performed well on weighing how to deal with $1,500 repairs, but the poor did significantly worse, more often taking out onerous loans to immediately pay for repairs instead of longer-term ones with better rates.

“Looking to rule out cultural or seasonal explanations for the effect, the team next carried out similar experiments on 464 sugar cane farmers from 54 villages in the Tamil Nadu region of India. These small farmers are paid once yearly at varied times around the year for their harvest. The researchers tested them when they had just been paid, and were flush, and when they were two months from their next payday, and broke. A similar pattern played out, with better financial decisions made by the same people when they were flush, compared to when they were broke 10 months later” (USA Today).

The researchers took care to weed out additional variables such as math anxiety or a lack of time for the American subjects and poor nutrition and physical stress from the Indian subjects, though USA Today did not report how that was done.

Still, researchers ultimately concluded that “being poor taps out one’s mental reserves” (USA Today) and that once your finances are constrained, people find it more and more difficult to make smart money choices.  Indeed, they often make poor choices that put them further into debt.

How To Break The Cycle

The study concludes by asking for large societal changes such as “restricting high-interest ‘payday’ loans” and “simplifying work hours and offering better access to child care” (USA Today).  Of course, these changes will be years in the making.

For individuals, the best thing you can do is set up at least a one month emergency fund, even if it means working more hours or a second job for the short-term.  Once you have immediate access to a one month emergency fund, you will have a cushion that can protect you from unexpected events and hopefully help you make smarter financial decisions, even if your budget is constrained.

What do you think?  Can having a tight budget affect your financial decision making?

Share45
Pin2
Tweet
Share
47 Shares
Last Edited: 3rd September 2013 The content of biblemoneymatters.com is for general information purposes only and does not constitute professional advice. Visitors to biblemoneymatters.com should not act upon the content or information without first seeking appropriate professional advice. In accordance with the latest FTC guidelines, we declare that we have a financial relationship with every company mentioned on this site.

Previous Post: When It Comes To Your Money (And Your Health), Trust But Verify
Next Post: Should I Even Care About My Credit Score If We’re Not Anticipating Needing More Credit?