One thing that I’ve come to realize over the years is that getting your finances together and winning financially doesn’t always make sense. In fact, sometimes, it defies financial logic.

There are a lot of reasons why this is the case,  but for me the most convincing one is that we as humans aren’t perfect logical machines.  Just because something is logical doesn’t mean that we’ll follow through with it.  We often need help along the way, a psychological boost if you will. 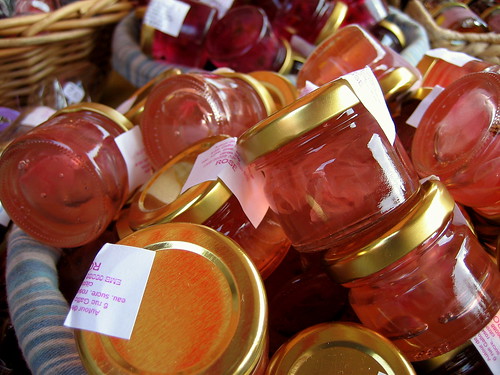 One of the best examples of this is Dave Ramsey’s debt snowball.  The debt snowball by all accounts is not the most financially sound way to get out of debt.  It says that you should:

Paying your debts off this way doesn’t necessarily make the most sense financially and Dave Ramsey admits as much.  If you were to do it in the way that cost the least money, you would pay the minimums on all your debts, and then pay as much as you could towards the debt with the largest interest rate, and pay that one down as fast as you could.

The debt snowball realizes that for a plan to be workable it has to help modify behavior to get you moving in the right direction. It does that by giving quick wins when smaller debts are paid off, giving you the psychological boost that is needed to keep moving towards the goal.

The other method, while it may save you some money, often does not work as well because you’re not as motivated by the quick wins – and you end up not working as hard towards the goal.

Another example of a financial decision that doesn’t necessarily make the best financial sense could be the decision to fund an emergency fund.

A couple of years ago we were in the middle of re-funding our 6 month emergency fund.  It had recently been depleted and we wanted to build it back up in case of a layoff or other emergency.

In the middle of our quest to re-fund our emergency fund we had the opportunity to get a good deal on a refinance that would have made good financial sense in the long run.  In the short term, however, it would mean sacrificing some security as we took some of the money out of our emergency fund to pay for the closing costs.

My wife wasn’t comfortable with that.  Her sense of security is tied up in that emergency savings, and without it she just doesn’t feel as good about where we’re headed.  While the refinance would have been better financially long term, in the short term the best financial decision for us was to save up that money instead – so that my wife would feel more secure.

Because she knows I’m taking her feelings and well being  into account, she’s more likely to be on board with our other long term goals now as well.

Careful Decisions Will Lead To Success

What I’ve learned through this process is that to succeed financially you have to be willing to make careful decisions about where you’re headed, and realize that success doesn’t always mean making the most logical choice.

Sometimes it means taking into account the psychology and human elements of the equation.  Only when you do that will you truly be able to make the best decisions for you and your family.

Have you encountered a situation recently where you made a decision that you felt was the best, even if it wasn’t the best financially?  Tell us about it in the comments!

Share16
Pin3
Tweet18
Share2
39 Shares
Last Edited: 16th January 2014 The content of biblemoneymatters.com is for general information purposes only and does not constitute professional advice. Visitors to biblemoneymatters.com should not act upon the content or information without first seeking appropriate professional advice. In accordance with the latest FTC guidelines, we declare that we have a financial relationship with every company mentioned on this site.

Previous Post: How To Check The Status Of Your Federal And State Income Tax Return
Next Post: How To Put Together A More Functional And Organized Home Office