I‘ve been reading a lot lately about how one method or the other is best for getting out of debt.

There are a ton of programs being touted as “the best”, and I do think some probably work better than others.  So what do I think is the best?

Which Debt Reduction Method is the Best?

Here’s a quick look at a couple of the good ones I’ve seen. 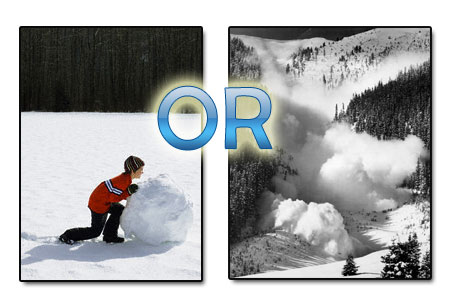 The debt snowball method, taught by Dave Ramsey, is one of the more popular debt reduction tactics being used right now. To do the debt snowball, you follow this progression:

The method is touted as being successful because it gives you some “quick wins” and motivates you to keep paying down your debt.   To hear why Dave Ramsey thinks the plan is successful, listen to the audio on this post.

This method is criticized because it isn’t mathematically the soundest way to pay off debt.  You will probably end up paying a bit more using this plan than some others.  Proponents counter this by saying that the psychological boost you get from this method easily outweigh the small amount of interest you might save.

This method is touted as being the mathematically best way to get out of debt.  You’ll pay the least amount of interest, and be able to start saving for your future in no time.

This method is criticized because critics believe it doesn’t take into account the human element of debt reduction.  It requires you to be more disciplined, and be able to follow through with payments even when you don’t see immediate results.

So Which Is Best?

So which method do I think is best for getting out of debt?  Whichever one you choose to do! I think personal finance is personal so one person might connect more with one plan, and another with the other. More analytical types might work better with the debt avalanche, and more emotional free spirits may connect better with the debt snowball.

I think as long as you’re making a plan to get out of debt, you are headed down the right path.  As Dave Ramsey says:

You can’t go wrong getting out of debt!

You can’t go wrong getting out of debt, no matter what plan you choose. The key is to GET OUT OF DEBT!

Other Debt Snowball Opinions From Around The Web

Do you think there is a best way to get out of debt?  What method have you used to reduce or get rid of debt?

Share40
Pin35
Tweet
Share
75 Shares
Last Edited: 29th October 2018 The content of biblemoneymatters.com is for general information purposes only and does not constitute professional advice. Visitors to biblemoneymatters.com should not act upon the content or information without first seeking appropriate professional advice. In accordance with the latest FTC guidelines, we declare that we have a financial relationship with every company mentioned on this site.

Previous Post: Your Credit Card May Give You Perks You Didn’t Even Know About
Next Post: 10 Things I Have Learned About Money