Throughout the United States history, we have seen hoards of people move in search of the next great rush from the Gold Rush of the 1840s to the rush to California to leave the Dust Bowl in the 1930s.  If you are interested in history, you might sometimes ask yourself, if I was alive back then, would I have made the arduous move to pursue my fortune during the Gold Rush?  If you answered yes, you may be able to pursue this century’s great rush in North Dakota.

The Jobs Are In North Dakota

North Dakota?  Yes, you heard that right.  Currently, the national unemployment rate is hovering at 9.1%.  However, according to the Department of Numbers, the unemployment rate in North Dakota is 3.5%, a full 5.6% lower than the national average.  Much of this is attributed to the recent oil boom there; in fact in the oil boom towns in North Dakota, unemployment is as low as 1.5% according to CNN Money.  Salaries for those who work in the oil industry and aren’t afraid of overtime can run as high as $100,000 a year. 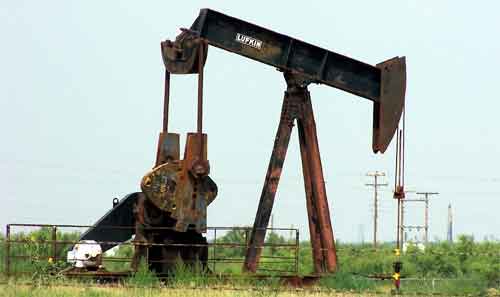 However, it is not just the oil industry where jobs are to be had.  CNN Money reports:

The oil boom has brought such a big influx of people that every single industry — from hospitality to retail — has been hit with overwhelming demand as a result. . . At fast-food chains, the going rate is about $15 an hour. Hair salons, pharmacies, banks, hospitals, gas stations, bars and clothing stores are also desperately looking for employees and paying a pretty penny to keep them from defecting for the oil fields.

Many of these jobs are open to individuals without college degrees, and they are available in a variety of fields.  In an economy where millions have been looking for jobs for months, the current oil boom in North Dakota sounds like a dream come true, especially for those who are willing to move and work hard.

The Downsides Of The Oil Rush

However, before you pack up your bags, make sure you take a realistic look at the entire situation.  Just like rushes before in history, there are downsides to this rush.

Because so many people have flocked to North Dakota, there is a housing shortage.  Many people are sleeping in their cars or in RVs in parking lots and camp grounds.  The oil companies set up “man camps” which are like dorm housing for the oil field workers, but once reasonable housing has skyrocketed to $1,500 a month for a one bedroom apartment.  Of course, you would be lucky to find the apartment to rent.

Many of the sleepy North Dakota towns experiencing the growth due to the oil boom are unaccustomed to crime.  For instance, in Willistown, reported crimes tripled.  According to CNN Money, “Assault and battery incidents in Williston rose 171% to 38 charges last year. Two years ago, there may have been three-to-four violent crimes a week. Now, it’s an average of two or three a night.”  Crimes related to drug and alcohol abuse such as pharmacy thefts and domestic violence are also on the rise.

Another drawback is the traffic.  The small towns in North Dakota have small roads and dirt roads.  Now, they are filled with workers and semi-trucks.  Infrastructure can’t keep up with the population growth.  In addition, there are more intoxicated and impaired drivers.  Local resident Michelle Falcon-Nelson states,  “I drive 15 miles to work everyday with my two children and we have about at least two to three near car accidents a week. . .The traffic is horrible and our road infrastructure was not ready for the hundreds of oil field trucks that tear it up. This week alone, there were four semi truck accidents in four days.” (CNN Money)

Thanks to our current economy and our need for oil, there is a modern day boom.  If you are willing to make the move, employment is waiting in North Dakota.  However, there are plenty of downsides to the oil rush.  Weigh those carefully before making the move.

Share4
Pin
Tweet
Share
4 Shares
Last Edited: 28th July 2015 The content of biblemoneymatters.com is for general information purposes only and does not constitute professional advice. Visitors to biblemoneymatters.com should not act upon the content or information without first seeking appropriate professional advice. In accordance with the latest FTC guidelines, we declare that we have a financial relationship with every company mentioned on this site.