This is an article by Neal Frankle. Neal found himself in a financially fragile situation at the age of 17. Both his parents passed away while he was still in high school, leaving behind a small insurance settlement. Neal sought out a financial advisor to help him invest his nest egg so that it would help put him through college. Instead, the advisor charted a self-serving course and was on the verge of burning through the money when Neal realized what was happened and fired him just in time to avoid losing everything.
The experience had a deep impact on Neal and formed in him a lifelong desire to help people learn to make smart financial decisions. Today, with more than twenty-five years of experience in the financial services industry, Neal is an author and avid blogger. To learn more, visit wealthpilgrim.com

For most people the decision to refinance their home isn’t impacted by their age. It’s usually an issue of how long you plan on staying in your home. You also consider the costs and benefits of going through with the refi and decide.  Simple.

But if you (or someone you care about) is over 75, it’s a different conversation. For these folks, the question of “how long are you planning on staying in your home?” takes on a whole new meaning. I understood this very clearly during a conversation I had with Sam & Evelyn – two nice people in their late 70’s. 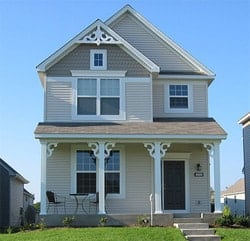 They have an interest-only loan on their condo and were considering doing a refi. Their current loan is fixed for another 5 years and their payments are currently $1930. They can refinance now for 30 years and lock in a low rate but the payments will go up to $2107 because the new loan would require interest and principle payments. If they don’t refinance now and rates go up 3% in 5 years (not an unreasonable expectation) their payments would skyrocket to $2600 or more.

Sam & Evelyn are optimistic people….but not illusionary. They know they aren’t going to be around to have a mortgage burning party. How would you suggest they decide what to do?

Here’s what I thought of.

First, its reasonable to assume that interest rates are going to be a lot higher 5 years from now. Also, since they are both healthy now, it’s reasonable to think that at least one of them will be alive in 10 years. They told me that they’d want to stay in the condo for as long as possible.

Of course, they could die prematurely or need long term care but for purposes of making the refinance decision, I thought it was best to exclude those variables. Do you agree with that thought?

At the end of the day, I suggested that Sam & Evelyn go through with the refinance. Would you have suggested the same thing?

Speak with your parents and grandparents about this now. This may be a great time to refinance – if done correctly. Also, keep in mind that if you aren’t speaking to them about this, some unscrupulous mortgage broker might be.

What would you have done if you were advising Sam & Evelyn?  Let us know in the comments!

Share
Pin
Tweet
Share
0 Shares
Last Edited: 2nd July 2009 The content of biblemoneymatters.com is for general information purposes only and does not constitute professional advice. Visitors to biblemoneymatters.com should not act upon the content or information without first seeking appropriate professional advice. In accordance with the latest FTC guidelines, we declare that we have a financial relationship with every company mentioned on this site.