For God did not give us a spirit of timidity, but a spirit of power, of love and of self-discipline. – 2 Timothy 1:7

Jesus and His disciples start sailing across the Sea of Galilee. Sometime during the evening, a storm begins to brew. A great wind blows hard and waves beat at the ship. The deck begins to fill with water. 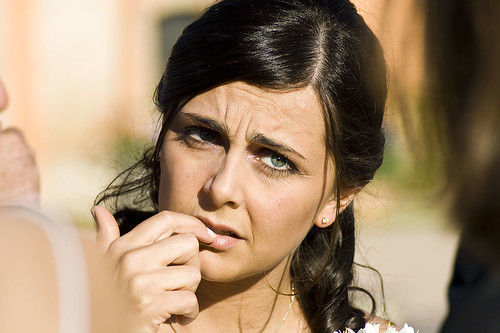 I can picture the disciples running around frantically, trying to decide what to do. This storm could mean their death!

Suddenly someone realizes that Jesus is nowhere in sight. Perhaps they feared that He had been thrown into the raging sea by the force of the waves. A disciple near the stern of the ship finally locates Jesus. There He is, in the midst of a storm, sound asleep!

Jesus rises and does something they had never seen before. He rebukes the wind and says to the sea, “Quiet! Be still.” In a moment, the wind ceases and a great calm descends. (Mark 4:39)

Amazed at what they just witnessed, the disciples ask, “Who is this? Even the wind and the waves obey him!” (Mark 4:41)

Have you had days when storms of trial rage around you? Seasons when waves of despair tossed you about? Did it seem like Jesus was nowhere in sight?

All along Jesus was with you in your trials, ready to help if you would only call on Him. How often do we live in a spirit of fear instead of faithfully calling on Him?

Faith and fear are complete opposites. They cannot reign in the same heart. While fear cowers, faith stands. While fear frets, faith prays. While fear looks within, faith looks to Jesus. While fear despairs, faith hopes.

Are you like the disciples who did not know what manner of man Jesus was? Do you know that He is Lord of all? Whatever trials assail you, Jesus can rebuke them and say, “Quiet! Be still.” Call on Him in faith and He will answer.

Share79
Pin
Tweet
Share
79 Shares
Last Edited: 24th April 2017 The content of biblemoneymatters.com is for general information purposes only and does not constitute professional advice. Visitors to biblemoneymatters.com should not act upon the content or information without first seeking appropriate professional advice. In accordance with the latest FTC guidelines, we declare that we have a financial relationship with every company mentioned on this site.

Previous Post: And On the Seventh Day, He Rested
Next Post: Should Your Grandparents Refinance Their Home?