Here we are, now several weeks into new year.  How are you doing on your New Year’s resolutions?  If you haven’t made any progress, don’t feel bad.  You’re no different than most Americans.

But don’t despair.  There are still months and months left in this new year, which gives us all an opportunity to create New Year’s resolutions—part deux.

Why not take the time this weekend to reset your New Year’s resolutions with the main focus being actually setting goals you can achieve.  Here are some steps you may want to take: 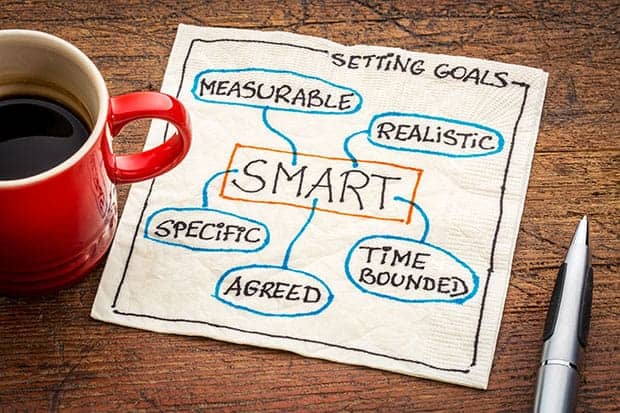 Last year, I set the goal, “get organized.”  Wow.  Is that vague or what?  Not surprisingly, I floundered when it came to achieving this goal.

This year I set this goal again, but I included actionable steps such as taming my e-mail by deleting thousands of unread e-mails (yes, I have one of those e-mail accounts) and getting it down to 0.

Another goal is to clean out our pantry and keep it organized.  I set several more goals like this, all under the umbrella of “get organized.”  This year, it’s much easier to achieve this goal because I have concrete tasks laid out and they are measurable.

We often tend to set lofty New Year’s resolutions that will be challenging to achieve.  Why not make the goal manageable instead?

My husband and I have been on a very tight budget, and we haven’t been able to save much thanks to medical expenses.  Last year my goal was to save 10% of our income.  While it was a nice goal, it was out of reach for our financial situation.  In the end, we didn’t end up saving anything.

This year, I set our goal at 3% of our income.  I’m a little embarrassed by the small amount, but for our budget, it’s manageable.  This year, we’ve been able to consistently set aside 3% of our income in savings, which is much better than last year when we set a lofty goal and didn’t save anything.

Implement Your Goals In Stages

Change is hard.  Sometimes it’s too hard to change too many things at once.  Why not consider staggering your goals?

Let’s say you have three main goals this year:  Save $1,400, exercise for 120 minutes a week every week, and cut out all junk food except one day of the week.  Rather than doing all three at once and taxing your patience, try staggering your goals.

Finally, you’re ready to start saving money.  To reach your goal at the end of the year, you’ll need to save approximately $200 a month for the last seven months of the year.  If you can do that each month, great.  If not, consider saving $100 in June, then $150 in July; $200 in August; $250 in September, and then retain that amount for the rest of the year.

Just because you didn’t make headway on your goals in January doesn’t mean you have to give up.  There is still plenty of time left in the year to achieve your goals; you just need to revamp them a bit.

How are you doing on your New Year’s resolutions?  Are you ready for a part deux?  How will you make your goals easier to achieve in this new year?

Share9
Pin2
Tweet3
Share
14 Shares
Last Edited: 3rd February 2017 The content of biblemoneymatters.com is for general information purposes only and does not constitute professional advice. Visitors to biblemoneymatters.com should not act upon the content or information without first seeking appropriate professional advice. In accordance with the latest FTC guidelines, we declare that we have a financial relationship with every company mentioned on this site.

Previous Post: Mohu ReLeaf Review: A TV Antenna That Saves Your Money And The Environment
Next Post: What Insurance Do You Really Need?