When I was living abroad in China, I found the perfect fig. It was in a plastic basket, set apart from everything else.  It was so out of place and so beautiful. I hadn’t seen a fig for nearly a year, and though I wasn’t sure why it was there or where it had come from, I was entirely sure that I wanted it – at whatever cost. It took little convincing to pick it up and place it on the vendor’s scale.

In USD, the price probably figured somewhere between 3 to 4 dollars – a cost I wouldn’t have even pretended to consider paying back in my native California. But while living abroad, I came to miss small things I had taken for granted before. Things like figs. When I found it, I felt like I had found something special. Importantly – it caused me to really take the time to appreciate the purchase. 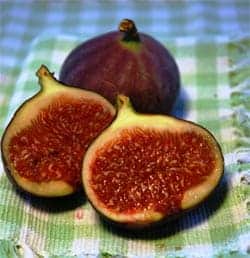 When I returned to California and saw figs available by the basket and at a much cheaper rate, I realized that I still had the choice to appreciate the little things in life. The habit to give genuine appreciation to things didn’t always have to come out of necessity or nostalgia.

It’s not always easy to appreciate the little things in our lives, but doing so can really showcase a greater worth. Here are some things to keep in mind to add worth to what you already have:

Chances are if you’re reading this you have access to a computer or other electronic device that lets you access the internet. I know I do – I wrote out this article on a simple little netbook. That’s not to say I always appreciate it. Often, I find myself daydreaming about how I wish I had a bigger screen, or that the hardware were faster or more sleek. But despite these wants, my little netbook runs great, it allows me to efficiently write and complete projects that are important to me and it’s lightweight and portable on top of it all. But more often than not, I forget to appreciate it’s value before I begin nitpicking at it’s supposed flaws.

You likely have more to value than you think. Whatever your financial situation, however deep in debt you feel, there will almost always be things right in front of you that can be considered luxuries. A weathered coat still keeps the chill out. Taking stock of the things that help you on a daily basis is an important way to realize you have far more than you think.

Defeat Lifestyle Inflation and Keep Your Former Self in Mind

I remember the first paycheck I received after graduating from college. It wasn’t a huge increase in income, but enough to feel like I had more flexibility in my budget – At the time, I felt like I had hit the jackpot. The first thing I did was buy a nice jacket to replace my older one. Soon after, I bought boots to match and found myself spending more than I ever had before on shoes. As my paycheck number went up, so did the frequency of my spending. Thirty dollars -which would have paid my entire weekly grocery bill- was suddenly easier to drop on drinks and dinner out.

Many times, people get into debt when they experience a new level of income, only to find themselves in a position later on where they cannot pay their credit card bills or cannot pay their student loan bills.

It’s a common cycle to enter – making more money will often result in spending more money. But take cues from your former, more money conscious self – the one who arguably had a more realistic appreciation for the meaning of a small purchase. Extra money doesn’t have to be spent. You can choose to maintain a similar lifestyle, while contributing extra income to help you ensure a more comfortable retirement. Extra income shouldn’t mean automatic lifestyle inflation. Keep in mind, the price of a car can range from the price of a laptop (for a used car) to the price of a house (for a new car) – and yet both get you from point A to point B. To avoid a situation where you’re unable to pay for the car, it can be wise to take the less costly option.

Reconsider and Simplify Your Rewards

For me, finishing a project used to result in some celebratory purchase, usually an easy to share bag of M&M’s that I shared with no one. But when I changed jobs and became more strapped for cash I was forced to reassess my spending habits, and in particular I began to realize how much of my bank account was being funneled into small rewards. I soon realized that those rewards were providing the flash, but not really the whole picture. I lost the point of what the reward signified – a job well done.

Rewards have the potential to extend beyond things that can be touched or bought. Simple things like blasting your favorite song, adding an extra five minutes to your alarm in the morning, or taking time to people-watch on a bench are all ways to reconsider a purchase. What most meaningful rewards share in common is that they are sincerely appreciated.

Back To That Fig

It took me a full hour to eat that fig in China, by the way. I spent my entire lunch break and utilized all my senses to enjoy it. Being back now, and feeling busier than ever makes it harder to give so much extra attention to one simple thing. But every once in awhile I take time to reconnect with the little things so that the the bigger, busier things are easier to face.

Go ahead, smell the roses. Smell the coffee. Take a second to look up, and realize that finding satisfaction in the simpler things might actually be a less costly option.

Share17
Pin3
Tweet
Share11
31 Shares
Last Edited: 12th June 2013 The content of biblemoneymatters.com is for general information purposes only and does not constitute professional advice. Visitors to biblemoneymatters.com should not act upon the content or information without first seeking appropriate professional advice. In accordance with the latest FTC guidelines, we declare that we have a financial relationship with every company mentioned on this site.

Claire Murdough is a Bay Area native with an affinity for travel and food. You can find her work at a number of fine publications.