As a personal finance blogger I often get emails from publishers and PR people who want me to review on of their author’s latest books.

They offer to send a free review copy of the book out if I agree to read it and do a review. I don’t always take the publishers up on those offers because I get so many of them that I could seriously turn this site solely into a book review site.

Every once in a while, however,  I’ll get an offer of a book that I think fits the demographic of the site well, or of an author that I really like.

When I was offered a copy of author David Bach’s latest book, Debt Free For Life: The Finish Rich Plan for Financial Freedom, i jumped at the chance to read it.

I’ve read some of his books in the past and enjoyed them – and thought they gave great advice. I also appreciated how David embraced the personal finance blogging community – making himself available for interviews on sites like ManVsDebt.com among others.  The PR folks also came up with an interesting idea for a review this time -something a little different.

Instead of reviewing the whole book, why not just review one chapter – and other sites will review the other chapters.  I agreed to do that. So here’ s my review of Chapter 13: Debt Settlement: Solution or Scam?

While the whole book reads well and is full of debt killing advice that I completely agree with, chapter 13, about debt settlement, is one that many debtors would do well to read.

Sound Too Good To Be True? It Probably Is.

The chapter on debt settlement starts out with a quote.

The debt settlement industry is fraught with fraud and abuse, and as such the government is currently coming down on them hard like a bag of bricks.

Because so many of them make outrageous claims about how many they have helped, and how much they can save you, when in reality their numbers are either fudged our downright false.  They’re making claims that are just too good to be true.

We’ve all see or heard those late night commercials that say things like,

Get out of debt with one monthly payment! Reduce your debt by up to 50%!

New government programs! New free and easy programs are available for those who are in debt right now!  Take advantage while they’re still available!

I’m sure you’ve seen the ads – they’re everywhere, and they’re there because they’re effective.  They give hope to people who are drowning in debt.

The only problem is, they usually can’t back up the claims they’re making.

What Do Debt Settlement Companies Do? 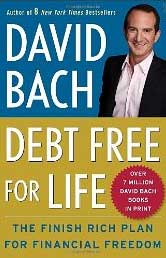 David Bach lays it out plain, as to what debt settlement companies actually do.  Essentially when you contract with a debt settlement agency you’re allowing them to be your agent, and go into negotiations with your creditors.

In plain English – they will call your credit card company and try to settle your debt for less than you owe.

So if you have a $10,000 debt to Chase, they’ll call them up and negotiate with them to try and get that reduced.  Usually that means, however, if your reduced settlement offer is accepted, you have to pay it right away.

Since most people don’t have $5-10,000 sitting around to settle and pay off their debt, the settlement agencies will start collecting payments from the debtor, and when the amount starts nearing the amount they think they can settle for, they’ll call your creditor.

The thing is – none of this is anything you can’t do on your own.  To top it off – you’re paying the agency big fees to do it for you!

Debt Settlement Rarely Works How They Say It Will

If debt settlement actually worked like they say it did, some people might still be willing to pay to go through the process and get their debts reduced. The problem is, it rarely is that easy. There are a host of issues that often arise, and the debt settlement companies often won’t tell you these things.

So in the end, David Bach says that it is rarely ever a good idea to get involved with one of these for profit debt settlement agencies.  If you ever do make that mistake, make sure to check out the specific company through the Better Business Bureau, and see what kind of rating they have there.

Instead of debt settlement,  try setting up your own debt repayment program (which he details in the book – his DOLP system), or try working with a non-profit credit counseling agency.

David Bach’s book, Debt Free For Life: The Finish Rich Plan for Financial Freedom, offers sound financial advice both for people who are on a solid footing, and for those who are looking to dig their way out of debt.

He writes in a plain straight forward manner that will help you understand your own situation, and help give you hope if  you’re in a tough situation.

I highly recommend it for just about anyone who wants to take charge of their financial life and feel empowered by making a change for the better.

Share7
Pin
Tweet7
Share2
16 Shares
Last Edited: 19th November 2018 The content of biblemoneymatters.com is for general information purposes only and does not constitute professional advice. Visitors to biblemoneymatters.com should not act upon the content or information without first seeking appropriate professional advice. In accordance with the latest FTC guidelines, we declare that we have a financial relationship with every company mentioned on this site.