Some time ago my life was in shambles:

I had no hope. And was running out of options.

Oh…by the way…I WAS a Christian. I loved the Lord, read my Bible, went to church but was hanging on by a thread.

While praying I opened my Bible and went to a passage in Malachi. It said:

“Bring all the tithes into the storehouse so there will be enough food in my Temple. If you do,” says the LORD of Heaven’s Armies, “I will open the windows of heaven for you. I will pour out a blessing so great you won’t have enough room to take it in! Try it! Put me to the test! (Malachi 3:10 NLT) 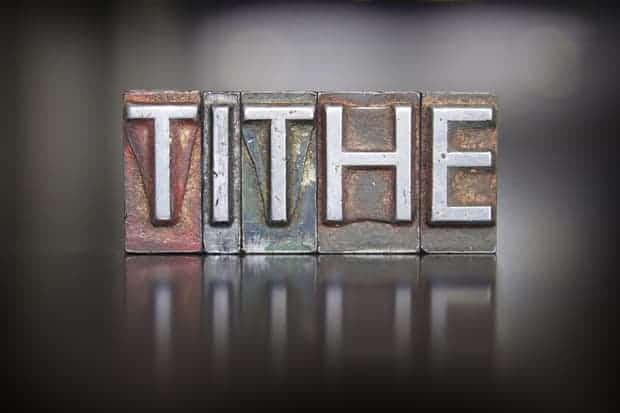 My response: “Sooooo…let me get this straight…You want me to start tithing?”

I looked down at the page:

I’d like to say that I immediately took the leap of faith?—?I went all out and immediately began tithing. I’d like to tell you that I somehow knew this was gonna work and was willing to make the sacrifice.

But here’s the truth:

I shut that passage, and tried to figure something else out. It would be a couple of weeks (ahhh….maybe like two months) before I finally decided to try this “tithing experiment.”

And my life was never the same.

After that I (the poster child of what not to do) became a six-figure earner!

Tithing is and will always be controversial. There are always going to be people that question whether or not it is biblical. Just type in “tithe” or “tithing” and you’ll see the people for it and against it: 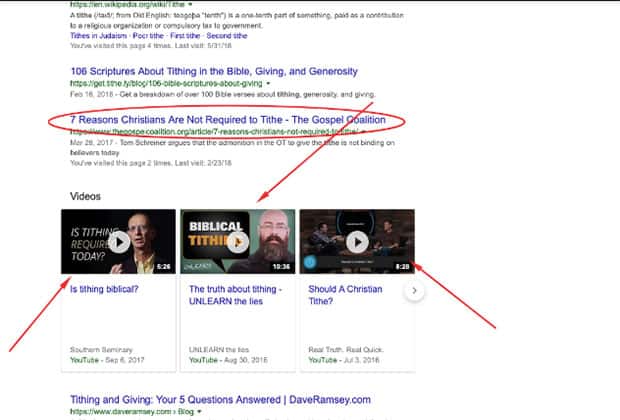 In this culture, tithing is considered a hoax, a con, and a joke.

In Jewish culture, though, it’s a little different.

The Tithe: A Partnership Between The Giver And God

In Jewish culture, tithing is considered an ancient formula for becoming wealthy. In the Talmud it says:

In fact, when the Bible speaks about the tithe, it uses the Hebrew word “maaser” (pronounced mah-as-ayr‘). It’s used 32 times in the Old Testament. 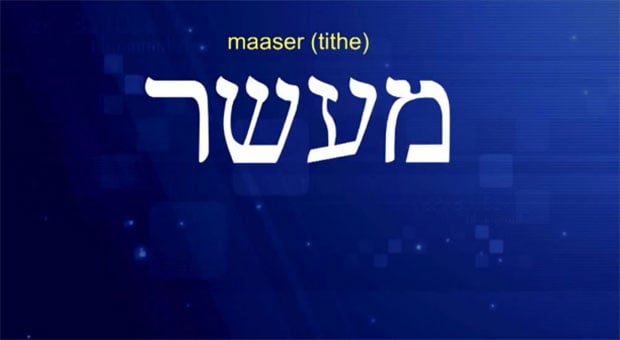 English is read left to right, Hebrew is read right to left.

The Hebrew language is a language of root words. Prefixes and suffixes are added to build on the meaning of the root word.

So in this word the first letter mem

Changing a verb into the noun of that word. 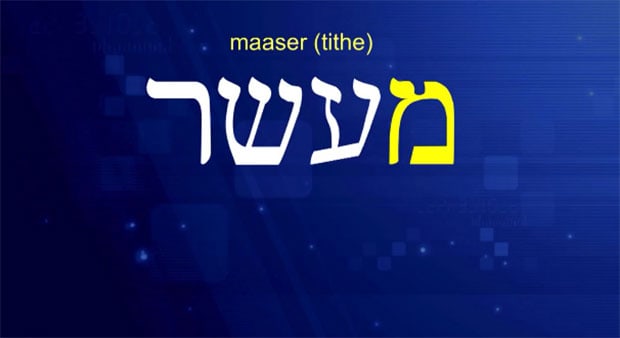 from “maaser” we’re left with “aser” which means rich.

So another way of interpreting this is:

“The rich is in the tithe.”

“The one tithing becomes rich.” 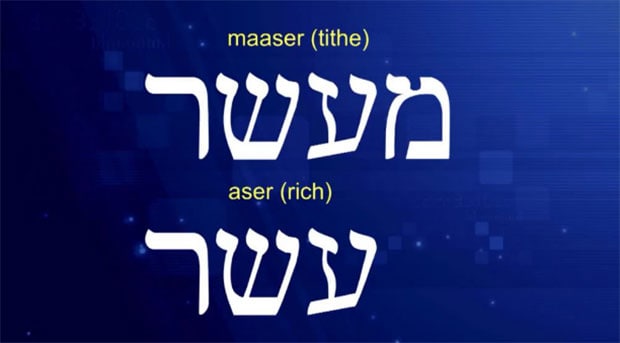 In fact, tithing is one of the secret habits of Christian Millionaires (and Billionaires).

In fact, John D. Rockefeller who is the richest Christian to date was a VERY diligent tither. Before Rockefeller’s philanthropy equated to hundreds of millions of dollars (billion adjusted for inflation) he learned how to give at an early age.

According to his biographer, his giving began with his first job as a clerk at age 16, when he gave 6% of his earnings to charity. By the time he was twenty, his giving exceeded 10% percent of his income. Much of it going to church related activities.

He was always under the belief his success was divinely inspired. He said, quite emphatically (God’s Gold , pg.395)

Why did God single him out for stupendous wealth? He believed it was because he was a good steward. In his seventies he said:

“It has seemed as if I was favored and got increase because the Lord knew I was going to turn it around and give it back.”

So what happened to ME as a result of my tithing? What was the biggest thing it changed in me. I’m glad you asked:

Tithing Helped Me Be a Better Manager

The late billionaire Sir. John Templeton had this to say about tithing and money management:

“I have observed 100,000 families over my years of investment counseling. I always saw greater prosperity and happiness among those families who tithed than among those who didn’t.”

As it relates to money, most people pray for increase. Not realizing that real increase comes by way of proper management.

God is not wasteful. He does not mismanage resources. And…He doesn’t give MORE to people who haven’t proven they know how to handle LESS.

Did you get that?

In God’s Eyes: no management, no increase.

Side note: When Jesus spoke about good stewardship it wasn’t just about handling money…it was about multiplying money:

The servant who had received five talents went and put them to work, and gained five more.” (Matthew 25:16 Berean study Bible)

“And he called his ten servants, and delivered them ten pounds, and said unto them, ‘Occupy till I come.’” (Luke 19:13 KJV)

That Greek word “occupy” is the Greek word “diapragmateuomai” (pronounced dee-ap-rag-mat-yoo’-om-ahee). It has different meanings:

It implies active, detailed trading that “buys right” and then knows just when to exchange.

So in other words:

It’s your time to do business till He come!

It’s a statistical fact that the church is not that great at tithing.

if believers were to increase their giving to a minimum of, let’s say, 10 percent.

There would be an additional $165 billion for churches to use and distribute. The global impact would be phenomenal.

I’m not trying to guilt trip anyone. But there is a double benefit for tithing that is overlooked. A benefit for the giver as well as the receiver.

Why don’t you give it a try? 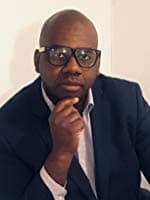 This is an article by Mike Holmes. Mike is the founder of Tithehacker.org. He is also the author of Success Habits of Christian Millionaires: How to Change Your Life and Make More Money with Time Tested Strategies Used by Christian Millionaires (and Billionaires).  Mike’s life was changed with a tithing experiment in which he went from broke and hopeless to a six figure earner.

Share156
Pin669
Tweet1
Share
826 Shares
Last Edited: 3rd December 2018 The content of biblemoneymatters.com is for general information purposes only and does not constitute professional advice. Visitors to biblemoneymatters.com should not act upon the content or information without first seeking appropriate professional advice. In accordance with the latest FTC guidelines, we declare that we have a financial relationship with every company mentioned on this site.