When we think of oil, we tend to think of fuel for our cars, trucks, and planes, and heating oil. However, there are a myriad of uses for crude oil that affects our lives – which means that reducing our dependence on oil may not be as easy as buying a hybrid car.

[Find out how to save money on gas.]

According to the Energy Information Administration, here is the breakdown of U.S. Petroleum Consumption in 2001:

As you can see, there are a lot of important uses for crude oil besides just fueling your car. 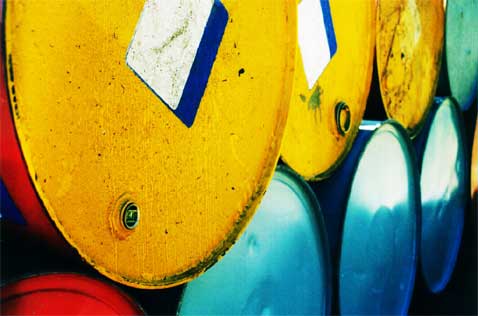 This is probably the most widespread use of oil that I can think of. Plastic is used in just about everything that you can find in a store. If an item doesn’t contain plastic, then it is probably stored or packaged in the oil based polymer!

Plastic is also used in the production of computer cases, shoes, car bumpers, kids toys, and thousands of other everyday items. Just take a quick look at every electronic device that you own (cell phone, MP3 player, cameras, routers, speakers, etc), and you’ll be sure to find plastic.

Because of it’s far-reaching impact, this has to be one of the most important uses of crude oil! In fact, many of the items on this list appear here simply because of their heavy reliance on plastics.

Petroleum is used to help make clothing non-flammable and colorful. It is used in the production of rayon, nylon, polyester, and even artificial furs.

According to Conoco Phillips, couch cushions are often filled with durable, lightweight polyurethane foam. Also, if you have carpet or linoleum flooring, you probably have a petroleum based product in your home.

The insulation that you find in your home – which keeps unwanted heat from escaping or entering – is a petroleum based product! This means that we depend on crude oil to regulate the temperature in our homes in more ways than we realize.

There are a number of items in your kitchen that rely on petroleum as a part of their production. For your refrigerator, the molded interior panels, door liners, and even the foam insulation are all manufactured using crude oil. Many stoves function by using natural gas.

Most of us now use non-stick pots and pans. The coating that provides temperature resistance (PTFE) is created by using petroleum.

I already mentioned above that many car bumpers are made with plastics. However, that’s not the only place where crude oil is used in the manufacturing of your car.

In the same Conoco Phillips infographic, it tells us that:

High-performance plastics have replaced heavier materials throughout the average vehicle – from the interior to the engine block – reducing weight and improving fuel economy, and enhancing safety.

Crude oil is also important in the production of you car’s hoses, wiring, and many fluids (antifreeze, brake fluid, transmission fluid, motor oil, and lubricating grease).

Yes, crude oil plays a part in the growth of your food. Fertilizer is something that relies on petroleum; thus, when the price of oil goes up, it gets more expensive to grow food.

Many of our food items are stored and or packaged in plastics as well; meaning that crude oil plays a large part in the production of your food.

This is one of the things that makes high oil prices so scary. If it costs more money to grow, store, package, transport, and regulate the temperature of our food, then that cost will be passed on to the consumers!

What This Means For Us

The price of crude oil means a lot more to us than just paying a few dollars more at the pump. As we can see, oil is important to the production and transportation of many of the items that we use on a regular basis.

This means that many sectors of the economy will be adversely affected by increasing oil prices, or helped when they go down! I guess this will really crush the dreams of those who try to organize a gas boycott when prices are high!

Share357
Pin3
Tweet31
Share14
405 Shares
Last Edited: 7th January 2015 The content of biblemoneymatters.com is for general information purposes only and does not constitute professional advice. Visitors to biblemoneymatters.com should not act upon the content or information without first seeking appropriate professional advice. In accordance with the latest FTC guidelines, we declare that we have a financial relationship with every company mentioned on this site.

Khaleef founded KNS Financial in order to assist people with financial matters in a more organized and systematic way. KNS Financial provides Personal Financial advice, Budgeting Assistance, Tax Preparation and Advice, Debt Management, and Economic Commentary. He also writes for the Faithful With A Few blog where he seeks to help Christians understand how to manage their finances in a way that honors God. Be sure to subscribe in order to keep up with Khaleef’s writing.