Does God want you to be wealthy?

I’m not sure I have the answer. It’s a pretty deep question and I may need a few years of seminary to get even close to an answer.

What I do know is that the Bible contains a wealth (no pun intended) of financial guidance which, if applied, can’t help but make you prosperous. Today I’d like to share five of these principles, along with scripture that highlights them, that will grow anyone’s net worth.

To warn you, many of these will sound like “Money 101” tips. But just because they are basic doesn’t mean they don’t work. Actually the reason they are so effective is that they are the foundational, biblical tenets for money management.

With that said, let’s get started… 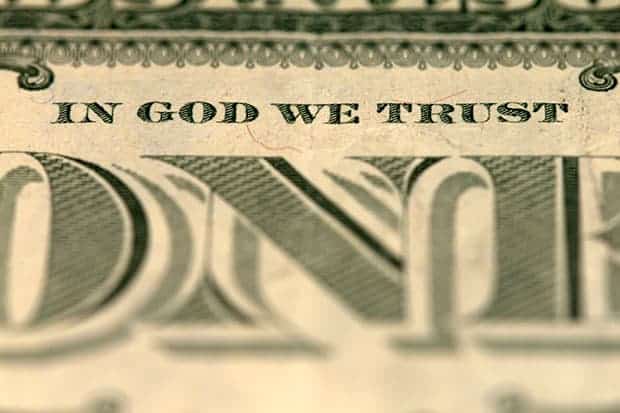 Do you see any truly competent workers? They will serve kings rather than working for ordinary people. Proverbs 22:29 (NLT)

For most of us, our careers are our most valuable financial asset. Over the course of a 45-year working career, most jobs these days are worth at least $2 million.

Better yet, with a little work those $2 million assets can be worth much more.

We make the most of our careers by becoming competent workers. As we do, we move up in both responsibility and pay. We rise until we serve the “kings” of today — vice presidents, presidents, CEOs, etc.

What does it take to become a competent worker? Here are my seven steps to making the most of your career:

There are thousands (millions?) of books written on career planning and growth, but if you simply implement these seven your career will achieve heights unseen by those who simply “go with the flow” at work.

Principle 2: Spend Less than You Earn

Here’s my paraphrase of this passage:

Once you have an income, you MUST spend less than that income to make financial progress.

Doing so will give you a surplus that you can save and invest — and thus grow your net worth.

By spending less than you earn you save money, a key part of financial success.

Go to the ant, you sluggard; consider its ways and be wise! It has no commander, no overseer or ruler, yet it stores its provisions in summer and gathers its food at harvest.

The ant saves in a time of plenty for a time when there will be lack or need. If we’re wise, we’ll do the same thing — save now for future expenses that we can be pretty sure will occur. Things like retirement, a home, cars, college for the kids, and the like.

My recommendation is to save a part of every paycheck you receive. A good rule-of-thumb is to start by saving at least 10% of your income, and from there the amount should increase over time, perhaps 1-2% annually.

Dishonest money dwindles away, but he who gathers money little by little makes it grow. Proverbs 13:11 (NIV)

We’ll save the dishonest money portion for another post. For now, let’s discuss how people become wealthy by making their money grow over time.

Once you’ve ramped up your savings, then it’s time to invest. Find a reasonable investment that fits your goals. I prefer index funds initially for growth and then real estate as you transition to retirement and need more income. Whatever your choice, put your money into it then sit back and watch it grow.

The magic happens as compounding works. Your money increases over time, growing on itself over and over again. Eventually the money you’ve earned from your investments will be worth more than what you initially put in.

This is why time is the best way to maximize your investment return. It multiplies what you’ve invested.

Then you simply keep repeating the process — you gather little by little, invest it, and it grows. Then you look up 20 years later and your net worth has skyrocketed.

The rich rule over the poor, and the borrower is servant to the lender. Proverbs 22:7 (NET)

And that’s about the best thing the Bible says about debt! In fact, the Bible discourages the use of debt EVERY TIME it mentions the subject.

I know it’s a fact of life that most people need to use some debt now and then (like for a home or college). But I would suggest the following guidelines to respect the Bible’s advice above:

The bottom line: debt can cost you hundreds of thousands of dollars over the course of your lifetime. As a result, it can be a very large drag on your net worth.

The best option for your finances is to avoid it as much as possible and not make yourself a slave to the lender.

Be generous, and someday you will be rewarded. Ecclesiastes 11:1 (CEV)

It seems counter-intuitive (which describes the Kingdom of God in many areas) that by giving away money you can become wealthier.

It’s hard to top those, right?

And this doesn’t just mean give money. Give of your time as well by volunteering at the charity of your choice.

I’ll leave the decision to you on how much to give, but I would suggest that 1) you put giving into your budget so it actually happens (simply giving from what’s left over rarely results in much giving) and 2) it’s true that you can’t out-give God. It seems every time we give more, our lives become more blessed.

Because you’ve read this, the Bible says you are blessed:

Blessed are those who find wisdom, those who gain understanding. Proverbs 3:13

Now to reap the benefits of the steps above you simply need to implement these five into your life (James 1:22).

If you do, you could become the millionaire in the next pew.

This post is by ESI from ESI Money, a blog about achieving financial independence through earning, saving, and investing (ESI). It’s written by an early 50’s retiree who achieved financial independence, shares what’s worked for him, and details how others can implement those successes in their lives. He is also the author of a free ebook titled Three Steps to Financial Independence and spends a lot of his time interviewing millionaires.

Share246
Pin25
Tweet4
Share12
287 Shares
Last Edited: 21st September 2017 The content of biblemoneymatters.com is for general information purposes only and does not constitute professional advice. Visitors to biblemoneymatters.com should not act upon the content or information without first seeking appropriate professional advice. In accordance with the latest FTC guidelines, we declare that we have a financial relationship with every company mentioned on this site.