Hopefully you took advantage in 2009 or 2010, because although the credit has been renewed for 2011, the amount of the 2011 home improvement tax credit has shrunk,  along with the list of things that are qualified for the credit.  From latimes.com

The $858-billion federal tax bill signed into law by President Obama on Dec. 17 was a mixed bag for American homeowners, with elements of both the Grinch and Santa squeezed into the same bulging package.

The goodies for select groups were well-publicized — unemployment benefits extension, payroll tax cuts, continuation of the Bush income tax rates and favorable estate tax treatment for wealthy individuals, among others. The bill even pushed back the expiration date for the tax deductibility of mortgage insurance premiums for another year.

But other provisions in the bill could be bad news for homeowners interested in remodeling projects to conserve energy next year. The legislation slashed the popular tax credits for energy-efficient remodeling from 30% of an improvement’s cost ($1,500 maximum per taxpayer) to just a 10% credit with a $500 maximum for expenditures on insulation materials, exterior windows and storm doors, skylights, and metal and asphalt roofs that resist heat gain. 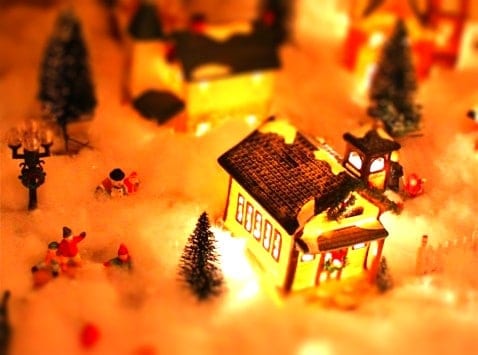 So the 2009-2010 home improvement tax credit for energy efficient home improvements allowed homeowners to claim up to 30% of cost of the home improvement, up to $1,500.  That tax credit expired on December 31st, 2010, to be replaced with the new tax credit that was included in the same tax package as the extension of the Bush tax cuts.  The amount of the credit has been substantially reduced.  Here are the details.

UPDATE: The passage of The American Taxpayer Relief Act of 2012 means that energy efficient home improvement tax credits are extended through 2013. Here are the details of the tax credit extension.

What Energy Efficient Products Are Eligible For The 2011-2013 Tax Credit?

A variety of products are eligible for the tax credit, however, you need to be careful that your specific product is eligible, or what the max credit is for that product.  Some of the products include:

How Do I Apply For The Tax Credit?

To claim the energy efficient products tax credit, you’ll need to claim the credit on your 2011 taxes in 2012.  There will be  a form from the IRS to send in with your return.   (I’ll update with a link once it becomes available).  The product has to be placed in service in 2011.

Since the tax credits have been greatly reduced this year, most believe that it will reduce the likelihood that people will take advantage, and by extension -reduce their stimulative effect.  While some people may have taken advantage in 2009-2010 because the credit could be pretty substantial, up to $1500, the likelihood that someone is going to spend 10 grand on new windows to get a $200 credit is pretty unlikely.  A lot of building industry folks aren’t happy.

The net effect of all this, say home building and remodeling experts, will be to severely diminish consumers’ interest in energy-efficient home improvements. Donna Shirey, chairwoman of the Remodelers Council of the National Assn. of Home Builders and president of a contracting firm in the Seattle area, said the gutting of energy-efficiency credits “is a big step backward. It’s bad for the environment, bad for consumers and, of course, bad for jobs in our industry. We’re heading the wrong way here, sending absolutely the wrong message.”

I happen to agree with those who are saying that having a credit at these minimal amounts is pretty pointless. Why not just remove it all together since it isn’t likely to have much of an effect anyway?

What do you think about the home improvement tax credit? Tell us your thoughts in the comments!

Share2
Pin1
Tweet4
Share2
9 Shares
Last Edited: 11th February 2014 The content of biblemoneymatters.com is for general information purposes only and does not constitute professional advice. Visitors to biblemoneymatters.com should not act upon the content or information without first seeking appropriate professional advice. In accordance with the latest FTC guidelines, we declare that we have a financial relationship with every company mentioned on this site.

Previous Post: Blessings To You And Yours This Holiday Season. Merry Christmas!
Next Post: $1000 Child Tax Credit Extended Through 2011-2012