A couple of years back we wrote quite a bit about the Home Affordable Refinance Program on this site as my wife and I were going through the process of trying to refinance our home using the HARP program. The gist of the program was that millions of homeowners who previously were unable to refinance because their homes had dropped in value (or were now underwater) or because they would have to start paying extra fees (like PMI), were able to apply for a newly refinanced loan under the program.

Thousands of people like my wife and I were able to take advantage of the refinance program, however, far fewer people took advantage than was expected.  Now that home values have continued to drop and rates are even lower, the government is once again considering trying to pump some new life into this foundering program. 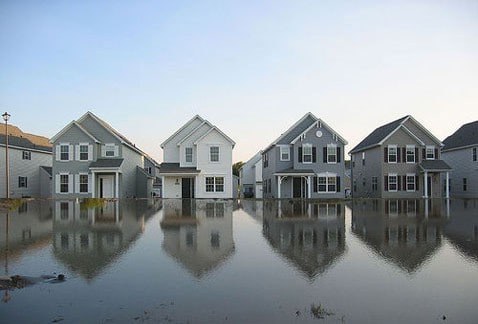 The Making Home Affordable program was launched back in 2009 by the Obama administration in an attempt to help struggling homeowners to refinance their homes, free up some cash and provide a boost to a struggling economy.  The program was said to have been open for some 9 million eligible homeowners.   The problem is the program just didn’t work out as planned.

As of August 31st, 2011, only 894,000 borrowers had refinanced through the HARP program.   Complaints have been rampant.  There have been problems with the program being implemented by loan servicers.  People report having applied for a HARP refinance only to have their paperwork lost, or having their paperwork get lost in a maze of customer service dead ends. There have also been problems as home values continue dropping, and now people are having a hard time even meeting the 125% loan to value ratio in order to refinance.

Who Is Currently Eligible For HARP?

So now that the government is considering updating the Home Affordable Refinance Program to make more people eligible, what are the current HARP eligibility standards?

What Changes Are Being Considered For HARP?

So what changes is the government considering in order to open the program up to more homeowners?  Thus far the government hasn’t really released any details about what they think they might change, but some educated guesses have been floated from some people in the know.  Among the possible changes:

So time will tell if they end up making changes that people are expecting.  I for one would probably refinance again if the costs were lowered and the ability to refinance more than once was instituted.

UPDATE: As I was writing this post this morning the government and President Obama announced some changes to the HARP program. They said that final details would be sent to lenders by November 15th.

President Barack Obama traveled Monday to Las Vegas, epicenter of the real estate meltdown, to unveil a plan to limit damage from the housing market’s downward spiral on the broader US economy.

Part of Obama’s plan is to ease rules governing the Home Affordable Refinance Program (HARP), which allows mortgages backed by financing giants Fannie Mae and Freddie Mac to be refinanced at lower rates.

Changes to the program would make it easier for homeowners to refinance mortgages and would lift a rule stating that borrowers can’t qualify if their mortgages exceed 125 percent of their homes’ value.

Among the major changes to HARP, from the government site:

So there you go, loan to value ratios will be going away completely, and certain fees would be gotten rid of or lowered among other things.  So what do you think, will these changes help the program get more people into a refinance?

Have you already done, or considered doing a HARP refinance?  Would any of these changes make a difference for you?

Share2
Pin
Tweet20
Share2
24 Shares
Last Edited: 5th January 2018 The content of biblemoneymatters.com is for general information purposes only and does not constitute professional advice. Visitors to biblemoneymatters.com should not act upon the content or information without first seeking appropriate professional advice. In accordance with the latest FTC guidelines, we declare that we have a financial relationship with every company mentioned on this site.

Previous Post: 401k Contribution Limits And Rules For 2012
Next Post: A Simple Spending Strategy That Will Do You Wonders