A few weeks ago we started using the new version of You Need A Budget when it was launched and have been impressed with the improvements in the software including a fresh new design, the ability reconcile accounts and how you can now sync your budget files to the cloud using your DropBox account.

A couple of weeks ago I did a full YNAB 4 review where I talked about the software in depth and did a full video walkthrough of the application to give people a feel for how it works. This past week I got a copy of the mobile app for YNAB so that we could enter our receipts and check budget balances on the go.

I’ve now been using the Android version of the YNAB mobile app for a week or so. So here are my first impressions and review of the YNAB 4 mobile app. A video walkthrough of the mobile app appears below.

You Need A Budget 4 Features

I’ve done a full review of You Need A Budget 4 previously, but I figured I’d do a quick recap of some of the desktop application’s features here.

The desktop app is a great piece of software, and the mobile app is a nice add-on to it.

YNAB 4 Mobile apps make it easy for you to enter transactions while you’re out and about. Just left the grocery store? Enter the transaction and view how much you have left over in your grocery budget. Thinking about going out to dinner? Check your budget in the app and see how much money you’ve got left in your dining out budget. Having the mobile app has made staying on top of and sticking to our budget that much easier. I’m loving it!

There are currently 3 versions of the mobile app that you can download.

Here’s a quick look at a comparison of features by version. 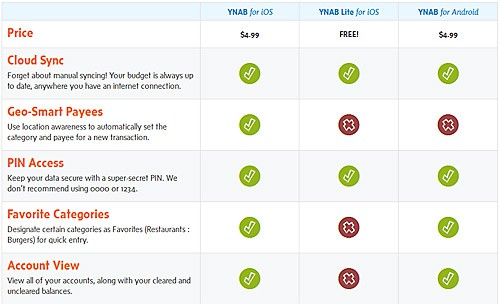 As with the desktop versions of the app, the YNAB mobile apps will also sync to the cloud so that your budget files and transactions are always up to date.

I’ve actually tested out the functionality to see just how well it works, and it’s amazing how seamless it is. You can enter a transaction on the app, and as long as you’ve got a connection of some sort you can watch in real time as the desktop application shows the updated transaction. I actually sat in front of the open YNAB 4 desktop program and entered some receipts on the phone, and almost in real time the receipts showed up on the desktop.

The Cloud Sync feature is great because it never means having conflicted files or transactions like you may have had in previous versions.

Check You Budget On The Go 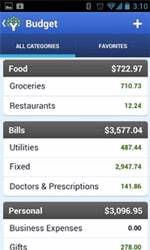 Checking your budget on the go no longer means having to print out your budget regularly and bringing it with you. You can just open up the app, click on the budgets button and see an updated budget category list and amounts left over to spend. Open it up and check your budget before you spend and you’ll be sure to stay on track!

YNAB for iOS currently has a cool featured called geo-smart payees that uses the phone’s location awareness in order to figure out where you are, and then figure out what retailer you’re at.  It will then automatically set the category and payee for a new transaction.

They’re hoping to have this functionality available for the Android version soon as well as it’s one of the few features not available for Android users that is on the iOS version. This is how android mobile poker sites apps works when it comes to playing poker on mobile.

You can keep your account and budget information secure by setting a pin number for your mobile app.  Just don’t let your password be 1234.

In the full featured YNAB apps you can set your favorite categories for quick access when entering transactions and checking your budget. On our app I’ve set the grocery, dining out and his and hers blow money categories as our favorites as those are categories we spend a lot in, and typically have issues overspending in.

In the full version of the app you can view your accounts and all the transactions there-in.  I’ve used this a bit to check account balances, and figure out which account certain spending is coming out of when I can’t remember.  Very handy to have while not at home.

The mobile apps for You Need A Budget 4 are a worthy add-on to the full desktop application. We’ve found it extremely useful to enter receipts while we’re out and about, as well as to make sure we stay on top of our budget. If you’re a YNAB 4 user already I’d highly recommend purchasing and using the mobile app as well. 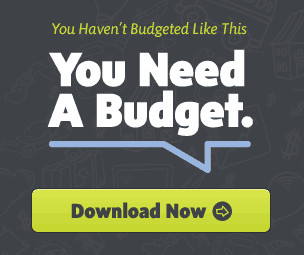 Share17
Pin4
Tweet33
Share1
55 Shares
Last Edited: 31st May 2018 The content of biblemoneymatters.com is for general information purposes only and does not constitute professional advice. Visitors to biblemoneymatters.com should not act upon the content or information without first seeking appropriate professional advice. In accordance with the latest FTC guidelines, we declare that we have a financial relationship with every company mentioned on this site.

Previous Post: Our Wealth Can Put Us At A Disadvantage
Next Post: Zombie Attack! Giving The Axe To Zombie Accounts, Subscriptions And Services