I recently called to cancel an old American Express card that I’ve had for many years.  I cut the card up in earlier this year, and had stopped using the account several years ago.  It was time for the card to be gone for good.

When I called to cancel I was promptly transferred to the “cancellation department” where I was given the hard sell.  I was told why I should keep the card, and asked why I would want to get rid of the card when there were SO MANY benefits, all with no fee? 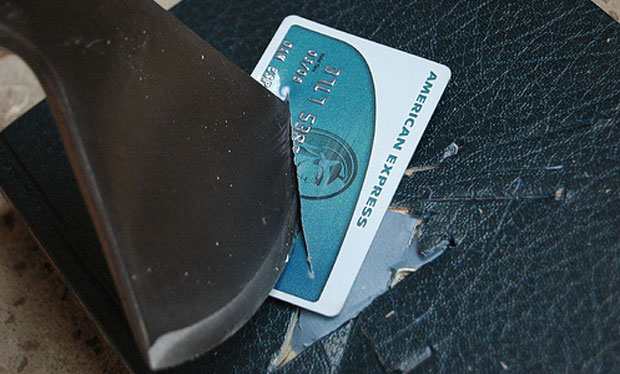 Here are some of the tactics the customer service rep on the other end of the phone line used to try and get me to stay.

Don’t give in to the appeals to keep a credit card that you don’t need.  Remember these things about credit cards:

If you have an account that still carries a balance, wait to call and cancel the card until you have it paid off.  I’ve read that credit card companies will actually raise people’s rates if they cancel before it is paid off.  Instead, cut up the credit card, pay it off as fast as possible, and then call to cancel as soon as it is paid off.

Have you ever called to cancel a credit card and gotten the hard sell?  What were the reasons your representative gave you that you should stay?  Did you still end up canceling the card?

Share5
Pin
Tweet3
Share1
9 Shares
Last Edited: 8th July 2014 The content of biblemoneymatters.com is for general information purposes only and does not constitute professional advice. Visitors to biblemoneymatters.com should not act upon the content or information without first seeking appropriate professional advice. In accordance with the latest FTC guidelines, we declare that we have a financial relationship with every company mentioned on this site.