My wife and I have been living in our current home for almost 6 years now. We’ve loved living here, but as we consider having a second child we’d like to have a bit more space to move around in, as well as having more outdoor living space at our home.

Our current house (shown below) is a “detached townhome”, which basically means that it’s a stand alone house, but with hardly any space between our house and the next one over. That means we don’t have much of a yard, and we’re not able to fence it in at all because we live in an homeowner’s association that doesn’t allow it. If we want to take our son outside to play we have to go to the playground 2-3 blocks away. While it isn’t the end of the world, we’d like to have a slightly bigger house with a bigger yard for our son, and future kids to play in. 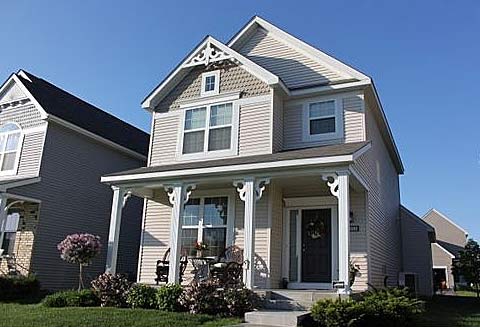 Searching For A New Home

Our only problem? Our current house has dropped in value from our purchase price of $273,000 in 2006, to a recent property tax valuation of around $200,000. Given that those values tend to be a bit on the high end, we’re realistically looking at a loss of value in our home of probably around $80,000-85,000.  That’s going to be a problem if we try to sell as it means we may be underwater, or if not, we will have lost that $60,000 down payment we put down last time we bought our house.   While we can most likely come up with another 20% down payment, what are our options when trying to upgrade homes with an underwater house?

Options When You Have An Underwater Home 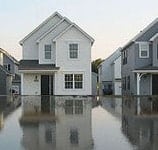 So what are our options when trying to upgrade houses when our current one is possibly underwater?

Are there other options that we’re not exploring here?  Bring it up in the comments.

Reasons Why To Sell A House Before Buying A New One

We’ve been through a situation in the past where we tried doing two transactions at once.  We had our townhouse on the market, and had an offer in to build a house, contingent on selling our current place. The first time around we weren’t able to sell the townhouse for what we wanted within the required time period, so we had to back out of the deal.

The second time around we sold the townhouse first, before we signed a contract to build our current home.  The process went a lot smoother that time since we already had a nice settlement check in hand when we signed the deal.  We did have to live with the in-laws for a few months, but it was worth it.

There are a lot of reasons why you should try to sell your current home before you buy a new one, but here are a few I came up with off the top of my head.

I believe there are a lot more reasons for selling a house first before considering the move, than there are for trying to buy and sell at the same time.   It can be tempting to do both at the same time, especially if you’ve found a house that you really like, but to me the disadvantages outweigh the advantages right now.

I found a similar discussion on a post on freemoneyfinance.com about trading up homes.  The situation described is similar to ours, a buyer looking to possibly trade up homes despite their current home possibly being underwater.  Most of the commenters felt that the person should make sure that they have enough cash on hand to cover the shortfall if the house did sell for less than they owed, as well as having enough on hand for a 20% down payment and to cover the increased costs with a larger house.  I think that’s probably sound advice.

What are your thoughts on the topic?  Tell us in the comments!

Share5
Pin3
Tweet24
Share1
33 Shares
Last Edited: 22nd May 2013 The content of biblemoneymatters.com is for general information purposes only and does not constitute professional advice. Visitors to biblemoneymatters.com should not act upon the content or information without first seeking appropriate professional advice. In accordance with the latest FTC guidelines, we declare that we have a financial relationship with every company mentioned on this site.

Previous Post: A Retirement Investing Strategy Is All About Income
Next Post: Which Method Is Best To Pay Off Debt: Lowest Balance To Highest Or Highest Interest To Lowest