Share
Pin
Tweet
Share
0 Shares
A few days after the House rejected a similar $700 billion bailout plan, the Senate on Wednesday gave approval to a similar but slightly different bailout plan.  The new plan which now includes several other measures meant to sweeten the pot and bring some members who previously voted the plan down to the table, should be voted on by the House by Friday:

The Senate on Wednesday upped pressure on the House to pass a $700 billion rescue for Wall Street by strongly approving a plan that supporters said would avert a potential economic disaster.

In a maneuver to reverse a stinging House rejection of the plan, the Senate piggybacked the bailout plan on several other popular measures: an increase in federal deposit insurance limits, expanded health coverage for mental illnesses and a bill extending several tax breaks set to expire at year’s end.

New measures added to the bill include: 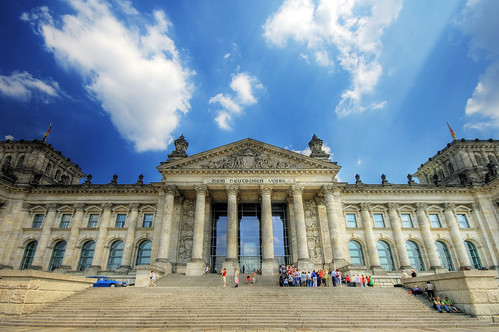 To be honest with you I can’t see how adding these things to the bill would make it that much more palatable to the congressmen who voted it down previously, but maybe they think these things will make it more acceptable to their constiuents who are not happy with this bailout.  By all accounts phone calls to the capital switchboard are running against the bailout 10-1.

Also in the news this week the SEC eased mark-to-market rules that some say helped to cause this problem in the first place.  This was step two of Dave Ramsey’s plan to fix this situation.

House Republicans also welcomed a decision Tuesday by the Securities and Exchange Commission to ease rules that force companies to devalue assets on their balance sheets to reflect the price they can get on the market.

While I haven’t been completely behind this bailout plan, it does look like it has a pretty good chance of passing this week. Already some of the congressmen who voted against it last week are signaling that they’re more likely to vote for it this week.   So hold on, it’s gonna be a bumpy ride!

Share
Pin
Tweet
Share
0 Shares
Last Edited: 17th November 2017 The content of biblemoneymatters.com is for general information purposes only and does not constitute professional advice. Visitors to biblemoneymatters.com should not act upon the content or information without first seeking appropriate professional advice. In accordance with the latest FTC guidelines, we declare that we have a financial relationship with every company mentioned on this site.