After going down to defeat earlier in the week in the House, the second version of the bailout bill was passed today without a problem:

The House of Representatives passed a sweeping, $700 billion economic rescue package after reconsidering the measure it failed to green-light earlier this week. The vote was 263 to 171, well above the 218 votes needed to pass the bill.

On the floor of the House prior to the vote, House Speaker Nancy Pelosi warned, “Our message to Wall Street is the party is over.”

An emotional House Minority Leader John Boehner called the vote one of the “most serious” lawmakers will cast and said, “While we have an imperfect product, we have a responsibility to act.”

An imperfect product is putting it lightly. I’m afraid that this bailout bill is just a band-aid on a gaping head wound, and we’re going to be back in this situation again in the near future. The message to Wall Street? Don’t worry about responsibility and risky investments. The government will bail you out if you get in over your head! 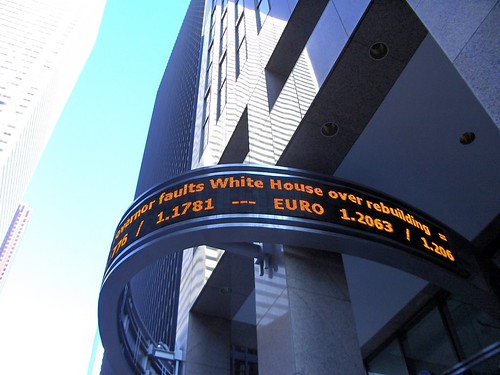 There was still some opposition to the bill:

But opposition to the controversial $700 billion package was still strong.

Rep. Devin Nunes, R-Calif., countered calls of support, saying, “If the secretary [of the Treasury] wants to run a hedge fund, he should go back to Wall Street. This Congress should not hand over such an enormous amount of money. It’s wrong. It’s simply irresponsible.”

So what were some of the things added to the bill in the end?

Some of the goodies intended to attract the votes of individual members of Congress include $192 million for the rum producers of Puerto Rico and Virgin Islands, $128 million for car racing tracks, $33 million for corporations operating in American Samoa, and $10 million for small film and television productions.

Wow. Really? 192 million for the rum producers of Puerto Rico and Virgin Islands? Car racing tracks? I don’t know what to say.

We’ll see what effect the bailout bill actually has. I really do hope that they were right and this ends up turning the markets around, that Wall Street has more accountability and that people will now be more responsible about what loans are given – and taken. Only time will tell.

What are your thoughts on the bailout bill? Was it a good idea? Will it make a difference? Will we find ourselves in a similar situation down the road?

Share
Pin
Tweet
Share
0 Shares
Last Edited: 17th November 2017 The content of biblemoneymatters.com is for general information purposes only and does not constitute professional advice. Visitors to biblemoneymatters.com should not act upon the content or information without first seeking appropriate professional advice. In accordance with the latest FTC guidelines, we declare that we have a financial relationship with every company mentioned on this site.

Previous Post: Our Cruise Was the Trip of a Lifetime! (Photos Included!) Part 3
Next Post: During Hard Times: The Only Solid Reality Is The Word Of God