This morning, the week after the bailout package passed, the DOW dropped below 10,000 for the first time in quite a while. Sounds like the worst is yet to come, and the promise of the bailout package wasn’t enough to stabilize global markets, at least not right away.

I’m not Catholic, but I had to agree with Pope Benedict XVI’s words this morning: 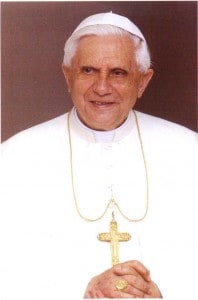 Benedict says that “now with the collapse of big banks we see that money disappears, is nothing and all these things that appear real are in fact of secondary importance.” He urges those who build their lives “only on things that are visible, such as success, career, money” to keep that in mind.

The pontiff was speaking Monday as he opened the works of a meeting of 253 bishops at the Vatican.

Benedict says “the only solid reality is the word of God.”

Cast but a glance at riches, and they are gone, for they will surely sprout wings and fly off to the sky like an eagle. Proverbs 23:5

Share
Pin
Tweet
Share
0 Shares
Last Edited: 6th October 2008 The content of biblemoneymatters.com is for general information purposes only and does not constitute professional advice. Visitors to biblemoneymatters.com should not act upon the content or information without first seeking appropriate professional advice. In accordance with the latest FTC guidelines, we declare that we have a financial relationship with every company mentioned on this site.