But the truth is giving is not at all about being in the perfect financial situation or right timing to begin.  I believe giving is about priorities.  It’s about forgetting ourselves and putting our focus on a greater need and purpose first in our finances.

Generous Giving is a ministry I recently came across focused on that greater purpose.

Their vision is stated as:  “dedicated to transforming the hearts and minds of God’s people for revolutionary generosity that changes our world.” 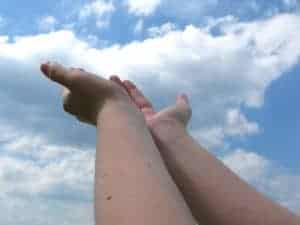 They have an excellent giving resource page that lists 42 excuses or barriers why people choose not to give.  Not only does the page provide the excuses, it also lists their response to them.  After reading through the list, I thought I would highlight a few that are most common.

I would like to give, but I’d have to work another job or drastically cut back my standard of living.

This might be the barrier or excuse for people who may have built a standard of living they don’t want to change.  I think there is always an opportunity to give.  It takes sacrifice, and perhaps cutting back on lifestyles in which people can become emotionally tied.

Stewardship is a lot more than money. I give my time and talents by teaching Sunday school and opening my home. I consider that to be my giving.

I think this is a common barrier in financial giving in that as long as work is being performed there is not a need to give financially.  The truth, which is explained, is Stewardship is more than money, but it “is never less than money.”  We can’t ignore the fact that God has called us to be wise money managers and users of our money.  Matthew 6:21 plainly tells us where our money is, so will our heart be.

I don’t give to the poor because I already give to my church.

In Matthew 25:40 we learn that gifts given to the needy are also gifts that are given to Jesus.  The answer goes on to explain that once you are a Christian, gifts in which we are giving to the needy or poor are simply channels of giving back to Him.

The tithe does not apply to Christians today, only to Old Testament Israel.

I know there can be a lot of controversy over this statement.  I’ve heard Crown Financial Ministries refer to the tithe as “a good starting point.”  The opinion of Generous Giving is the same.  I think considering the 10% as a starting point is the right approach, in my opinion.

That being said, the focus shouldn’t be on the number because we can forget about the true purpose behind giving which is out of love, generosity and wanting to invest in the growth of God’s kingdom.  I think for many who are committed to giving and using the tithe or 10% as a starting point, they find they can also give in excess of that number out of their joy and love for giving.

No matter the excuse or barrier, there is usually a way to get around it by essentially prioritizing giving as the most important component of your spending plan.  I believe for Christians, this is paramount.

We could always stop and logically reason that the money being used for tithing could help pay off more debt or increase the balance of our savings.  But the act of giving involves trust and faith in that enough will be provided to do these other things as well.

I once heard an interesting challenge.  Begin tithing or giving a minimum of 10% and stop if you haven’t received an increase or your needs met in six months.  While I can’t prove the results for others, I can say our family has experienced increase and our needs have been met.

How would you define your spending priorities?  Have you looked at your checking account lately and added up where all your money is going?  You can quickly identify your money priorities by adding up the spending in different areas and look at them each as a percentage of the whole.  If for example, your house payment is 45% of your take home pay, you can easily reason that having more house is a higher priority perhaps than giving.

4. Eliminate debt to give more

I have seen many situations in which debt stands in the way of giving.  Eliminating debt frees people from bondage and allows them the freedom to do more with their resources.  I believe if you’re in debt, you should still give.

As a Christian, I believe giving is priority number one.  It creates a stronger relationship with God.  If it means downsizing homes or cars to reasonable portions of the family spending plan, then I believe it should be done in order to give.

If you’re familiar with the Dave Ramsey’s Baby Steps you may or may not know that Dave encourages people to give or tithe before step 1.  I once heard him state in his show that a Christian should give first and then start the Baby Steps.

If you’re not giving today, I think you will find giving is a component of finding financial peace or freedom in that there is a great weight removed when you shift your top priority towards giving.

I truly believe giving helps enable God to do His part to work in the area of our finances.   There is something about removing our logic and putting forth faith and trust in God to provide or replenish what has been given to him in order to meet other financial goals.

How have you overcome giving barriers or excuses?  Let us know in the comments.

Share14
Pin2
Tweet11
Share3
30 Shares
Last Edited: 26th July 2013 The content of biblemoneymatters.com is for general information purposes only and does not constitute professional advice. Visitors to biblemoneymatters.com should not act upon the content or information without first seeking appropriate professional advice. In accordance with the latest FTC guidelines, we declare that we have a financial relationship with every company mentioned on this site.

Lead tech projects by day - write about money at night. I'm on the journey to financial freedom so I can give more of the resources entrusted to my care. Read more at jasonrprice.com or connect with me on Twitter.

Previous Post: Dwolla Review: A More Affordable PayPal Payments Alternative
Next Post: Waking Up Early: Can This One Action Be The Key To A Successful Life?