What is holding you back from a great life? Maybe you need to shed a few pounds? Fix a damaged relationship? Get your financial life turned around? Reconnect with God?

I’ve had issues at various times of my life that held me back. I’ve noticed that it usually takes me a long time to accept the honest conclusion that that one thing was the problem. Generally speaking, I don’t have a great record when it comes to rightly diagnosing my own problems. I can pinpoint someone else’s issues in a heartbeat. Mine, not so much.

Diagnosing what holds us back is only the first step though. What comes next is the most challenging part – and that is letting go.

Isn’t it funny how we hold onto our faults and refuse to move forward to something better? We’d rather offer excuses as to why we can’t change and rationalize our actions as justified than face the challenges of changing for the better. How silly that sounds but I’ve often found it to be true. 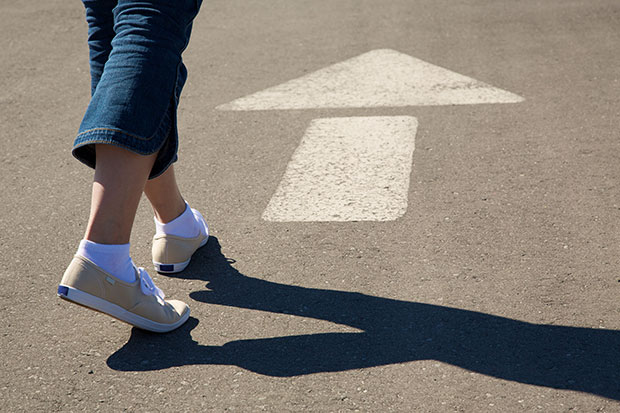 And generally speaking, the costlier it is to let that one thing go, the less we are willing to get rid of it.

The ancient city of Ephesus was a center for wealth and commerce. Situated on the Aegean Sea it became one of the greatest seaports in the world. Within the city you could find the Temple of Artemis, a giant theater that seated 25,000 people and the famous Library of Celsus, which held approximately 15,000 scrolls.

It was in this city of wealth and extravagance the Apostle Paul found himself ministering. God called him to preach the gospel message there and for two years he did so. Dramatic changes occurred in the lives of the people as they turned their hearts to Paul’s message of salvation.

But their moving forward to accept a new meaning and purpose to life didn’t come without sacrifices of their own. On one occasion, a citywide uprising led the new believers to stage of all things a book burning. Acts 19:18-20 puts it this way,

“And many who had believed came confessing and telling their deeds. Also, many of those who had practiced magic brought their books together and burned them in the sight of all. And they counted up the value of them, and it totaled fifty thousand pieces of silver. So the word of the Lord grew mightily and prevailed.”

Can you imagine that scene in a city like this – one that held literature and magic and paganism in such high regard?

Instead they confessed openly of their sin. They revealed the ins and outs of their magical ways. And in an overwhelming display of letting go, they burned their personal belongings – books the Bible says totaled a whole lot of money.

There are no two ways about it. From a monetary standpoint it was a costly sacrifice. But they weren’t afraid to let that stop them from a better life. Their new faith was too important to let their old ways hinder their spiritual development.

Sacrifice Can Lead To Greater Things

And notice what happened as a result of their sacrifice. The Bible says the gospel message shared through Paul grew in a great way. It prevailed. Their commitment to let go not only impacted them, it had repercussions throughout the city and no doubt the entire region.

Is there something today that’s holding you back?

Do you have a personal issue that needs to be thrown in the metaphorical burn pile?

The believers in Ephesus weren’t afraid to face the challenges of their faith. But they couldn’t have done it without letting go of their baggage and turning in a new direction no matter how costly it was for them. Why not follow their lead? It could be the move that changes your life.

Questions for Discussion: Have you ever had a challenge identifying what’s holding you back? What’s the toughest part of letting go? How do you feel God is moving you forward today?

Share19
Pin3
Tweet
Share
22 Shares
Last Edited: 24th June 2016 The content of biblemoneymatters.com is for general information purposes only and does not constitute professional advice. Visitors to biblemoneymatters.com should not act upon the content or information without first seeking appropriate professional advice. In accordance with the latest FTC guidelines, we declare that we have a financial relationship with every company mentioned on this site.

Previous Post: 10 Ways To Screw Up Your Finances Without Even Trying: Common Personal Finance Mistakes
Next Post: Goodbudget Review: A Look At My Favorite Budgeting Tool