On the face of things this seems like good news, but as with anything coming out of Washington D.C. it needs to be taken with a grain of salt. There are reasons why the unemployment news isn’t quite as good as you might think.

The Unemployment Rate: How Is It Calculated

There are three kinds of lies: lies, damned lies, and statistics. – Mark Twain

One thing that a lot of people don’t realize is just how the unemployment figures are calculated, and what goes into them. While you might think it would be simple – just count the number of people with and without jobs, and you have an unemployment rate, right? Not quite.  From WSJ.com

The unemployment rate is calculated based on people who are without jobs, who are available to work and who have actively sought work in the prior four weeks. The “actively looking for work” definition is fairly broad, including people who contacted an employer, employment agency, job center or friends; sent out resumes or filled out applications; or answered or placed ads, among other things. The rate is calculated by dividing that number by the total number of people in the labor force. 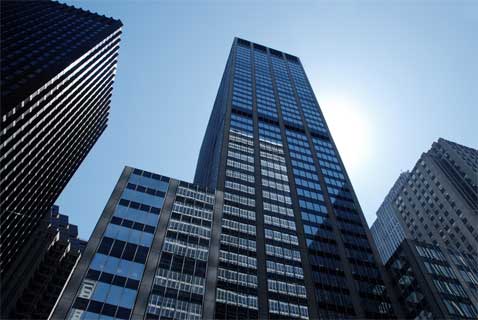 So while those people who are actively looking for work are counted in the numbers for those who are “unemployed”, those numbers don’t include a broader segment of people in the US who are either underemployed in part time positions for economic reasons, or who are not working or currently looking for work despite wanting a job.  When you take that into account we get the broader unemployment rate, known as the “U-6”, which will be considerably higher.  But it doesn’t end there. There are others who are not included:

The truth is that even the broader measure of unemployment doesn’t fully capture how difficult the job market is for U.S. workers. It doesn’t include self-employed workers whose incomes have shriveled. It doesn’t look at former full-time employees who have accepted short-term contracts, without benefits, and at a fraction of their former salaries. And it doesn’t count the many would-be workers who are going back to school, taking on more debt, in hopes that advanced degrees will improve their chances of landing jobs.

So all of those self employed workers with shriveling incomes, full time employees now on short term contracts and those going back to school and incurring new debt aren’t taken into account.  So in reality the situation is much more grim than some realize.

Why Unemployment Numbers Aren’t As Good As Some Say

The unemployment rate dropped last month from 9% to 8.6%, but that doesn’t tell the whole story.   The real  question is, why did the rate drop?  Was it due to more people finding jobs?  In part, and that’s good news.  But it was also due to a large number of people just dropping out of the active job search.

But as the White House Council of Economic Advisers is always quick to remind us, it’s important not to read too much into one month’s data.

And while the jobless rate fell, about half of that came from discouraged workers giving up their job searches. Of the 120,000 payroll jobs added, while certainly helpful, they were still far less than the 250,000 jobs that would be needed every month to make a serious dent over several years in the jobless population of 15 million.

The WSJ lays it out:

So the decline in the unemployment rate to 8.6% was about half due to people finding jobs and half people dropping out.

So what we get on the news is politicians slapping each other on the back because of the declining unemployment rate, when in reality about half the gain is attributable to people just dropping out of the labor force altogether. That isn’t exactly a ringing endorsement to me.

People Are Unemployed For Longer These Days

The unemployment numbers aren’t as rosy as might be suggested, but the other thing that isn’t that great is the fact that people who are unemployed these days are unemployed for longer than was common in the past.

In the second quarter of 2010, about 46 percent of the 14.6 million unemployed persons were jobless for 27 weeks or longer and about 31 percent were unemployed for 52 weeks or longer. [Bureau of Labor Statistics]

It has also been suggested that the availability of extended unemployment insurance benefits has contributed to the increase in unemployment duration. [Bureau of Labor Statistics]

So of the unemployed, 31 percent have been unemployed for 52 weeks or longer.   So new jobs are few, and the applicants for those jobs are many.

Hopefully things will start improving in the near future, and we can report drops in the unemployment rate – wholly due to increases in employment – and not due to drops in people actively searching for jobs.

What are your thoughts on the unemployment figures?  Do you think they purposely paint a rosier picture than they should?

Share10
Pin
Tweet
Share
10 Shares
Last Edited: 2nd December 2011 The content of biblemoneymatters.com is for general information purposes only and does not constitute professional advice. Visitors to biblemoneymatters.com should not act upon the content or information without first seeking appropriate professional advice. In accordance with the latest FTC guidelines, we declare that we have a financial relationship with every company mentioned on this site.

Previous Post: Is The Rat Race Preventing You From Giving?
Next Post: Why I’m Not A Gold Bug… Or Any Other Type Of “Bug”