Few topics bring about more extremism than that of gold investing. For some reason, gold brings out strong opinions in investors, with many concluding that gold is a “barbaric” relic of old times that should be avoided, or those who believe it’s a magical metal that will always beat inflation and is going up, up up.

Earlier here at Bible Money Matters, I wrote an article explaining why I like to own some gold. Now let’s look at the other side of the coin — why being a gold bug is probably a horrible approach to investing.

First, a disclaimer: I own a substantial amount of gold, and plan on always owning the same percentage. I’ll explain more in a bit. First… 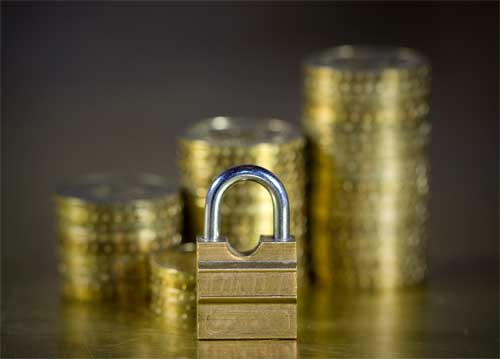 What Is a Gold Bug?

A gold bug is someone who is extremely bullish about gold. Many gold bugs have always been bullish on gold — regardless of who is president, what congress is doing, what the money supply looks like or anything else.

The Types of Gold Bugs

There are plenty of different incarnations of the gold bug. Here are a few of the more apparent ones:

The Paranoid Bug. Some people are horrified, and are convinced this is the end of the world as we know it. I believe they’re only partially right — we’re going to see some massive political upheaval and economic changes of the next few years, but rarely is complete paranoia justified. More money has been lost betting on the end of the world than has been lost betting on the world going through a rough patch and then mostly recovering.

The Get-Rich Bug. Some people believe that since gold has made money for investors for the last decade, then it must be the easiest way to get rich possible. These folks are interesting to watch, because they’re usually the last ones to leave an asset — and do so when it finally crashes from bubble peaks. Being greedy is the most efficient way to go broke.

The Inflation Bug. The inflation bug is someone who believes that hyperinflation is right around the corner. While they might be eventually true about hyperinflation, these bugs are almost always off. Since the 90s, I’ve read countless articles predicting hyperinflation within 24-36 months. Plenty of bugs also predicting the dollar would completely collapse when we left the gold standard. They were also wrong — at least by a 3 or so decades.

The Hard-Assets Bug. Some gold investors like gold because they can touch it. These same investors are traditionally more open to real estate, farm land, scram metals, and other hard assets. While there’s nothing wrong with hard assets, you have to remember — hard assets can crash too. Both gold and real estate both have.

There are plenty of different gold “bugs”, but these generally cover most — and often with some overlap. Now, let’s look specifically at the investment strategy of skepticism — something every investor should have a healthy dose of.

Why I’m a Faithful Skeptic

I am first and foremost a Christian. This means I understand that the future is never certain. There is absolutely no such thing as a sure thing — except that which God causes to happen. And when it comes to pretty much anything related to money, that means you absolutely can’t be certain about the future.

“‘Now listen, you who say, “Today or tomorrow we will go to this or that city, spend a year there, carry on business and make money.’

Why, you do not even know what will happen tomorrow. What is your life? You are a mist that appears for a little while and then vanishes. Instead, you ought to say, ‘If it is the Lord’s will, we will live and do this or that.”‘

We’re puny humans. We can never know the future. That means putting every dime into a particular asset is a risky move that generally doesn’t work over time.

That’s one of the reasons in Ecclesiastes 11, the richest man in history wrote:

“Ship your grain across the sea; after many days you may receive a return. Invest in seven ventures, yes, in eight; you do not know what disaster may come upon the land.”

What This Means for Gold

I run a website about gold, and enjoy investing in it. It’s been easy to profit during a massive gold bull market. But I spend more time convincing readers to not put too much into gold than I do anything else — for the same reason putting all of one’s money into stocks or cash or bonds is a bad idea.

The future is unknowable, and diversity is the key to long-long-term profits.

There are plenty of strategies that are based on this. One is the “Permanent Portfolio” strategy, which I partially use. The notion is that if you put 25% in gold, 25% in stocks, 25% in bonds, and 25% in cash, you’ll never get destroyed by a sudden crash — unless it’s an entire system crash.

People who have used this strategy have done fine over the last decade and a half, and will probably do fine in the future. I personally invest with 20% in each asset except for stocks — I put 40% in stocks. This allows me to know that a bull stock market will be just as profitable when it happens as the gold market has been.

Finding a forecast by a gold bug who predicted gold would hit 5-10k per ounce by now isn’t hard.

A good investing strategy is one that doesn’t necessarily rest on certain dramatic forecasts too come true — optimistic or pessimistic forecasts. This can take the form of several strategies, like mixing stocks with bonds and slowly changing the balance — or by mixing gold and even real estate into the mix.

Perhaps the simplest reason to not be a “bug” for gold is that being a “bug” for anything is very risky and not a good idea. A single decade of no-returns can take a lifetime to recover from — and the boring investors who focused more on diversity and stability will probably out-earn most of those who lost their hair when the markets crashed.

Stay cautious, don’t be arrogant about future markets, and remember that “you do not know what disaster may come upon the land.”

Share
Pin
Tweet
Share
0 Shares
Last Edited: 5th January 2018 The content of biblemoneymatters.com is for general information purposes only and does not constitute professional advice. Visitors to biblemoneymatters.com should not act upon the content or information without first seeking appropriate professional advice. In accordance with the latest FTC guidelines, we declare that we have a financial relationship with every company mentioned on this site.

Previous Post: Is A Decline In The Unemployment Rate All Due To People Finding Jobs? What Is The Real Unemployment Rate?
Next Post: American Express Bank Savings Review: High Yield Savings Account