What happened while I was gone? I’ve been gone for the past couple of weeks on a cruise ship in the Mediterranean. We saw the sites, relaxed and had a great time.

Because we were in the middle of the Mediterranean on our ship (see below), we got little or no news of what was going on back in the United States. The only connection we really had to home was CNN International on the in-stateroom TVs.  One night while flipping through the channels I saw on CNN that there was an economic meltdown happening back in the states that was affecting markets across the globe. 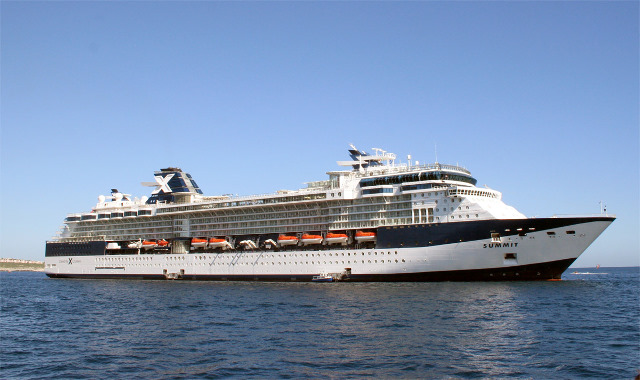 Wow, I leave for a couple of weeks and the markets go south!

Why Did The Markets Crash?

From what I understand all of this is still related to the whole sub-prime mortgage mess that we’ve been talking about all year.  Too many people got involved in capitalizing on the hot sub prime lending market, and when the real estate bubble burst, all of these current problems started happening.  Companies that gave out the loans are having problems. Companies insuring those companies giving out loans are having problems.   The snowball of bankruptcies, rescues and bailouts had begun.

One article I read on Bloomberg.com described the crisis this way:

The economic history books will describe this episode in simple and understandable terms: Fannie Mae and Freddie Mac exploded, and many bystanders were injured in the blast, some fatally.

Fannie and Freddie did this by becoming a key enabler of the mortgage crisis. They fueled Wall Street’s efforts to securitize subprime loans by becoming the primary customer of all AAA-rated subprime-mortgage pools. In addition, they held an enormous portfolio of mortgages themselves.

In the times that Fannie and Freddie couldn’t make the market, they became the market. Over the years, it added up to an enormous obligation. As of last June, Fannie alone owned or guaranteed more than $388 billion in high-risk mortgage investments. Their large presence created an environment within which even mortgage-backed securities assembled by others could find a ready home.

The problem was that the trillions of dollars in play were only low-risk investments if real estate prices continued to rise. Once they began to fall, the entire house of cards came down with them.

Another article talks about the current failure in depth, and describes the episode like this:

Fannie and Freddie were weakly supervised and strayed from the core mission. They began using their subsidized financing to buy mortgage-backed securities which were backed by pools of mortgages that did not meet their usual standards. Over the last year, it became clear that their thin capital was not enough to cover the losses on these subprime mortgages. The massive amount of diffusely held debt would have caused collapses everywhere if it was defaulted upon; so the Treasury announced that it would explicitly guarantee the debt.

But once the debt was guaranteed to be secure (and the government would wipe out shareholders if it carried through with the guarantee), no self-interested investor was willing to supply more equity to help buffer the losses. Hence, the Treasury ended up taking them over.

The other assortment of bank and insurance company problems that have been happening are happening mostly as a direct result of their involvement in the sub-prime lending mess – either directly or indirectly.

Government Bailouts On The Way?

Now the government is looking to do a bailout of the banks that hold highly depreciated assets because of the sub-prime mess.  The bailout  could be in excess of $700 billion dollars.

The question is, first of all, is a bailout of these companies even a good idea?  Should we reward Wall Street when they make bad decisions like they have in this case?  Or is the risk to the economy of these banks failing so great that something MUST be done?

Also, How much should the government pay for these depreciated assets that they’d be buying?

What’s your opinion on the current crisis, and a possible bailout?  Is it necessary,  or should we let companies that make bad business decisions fail?

Share
Pin
Tweet
Share
0 Shares
Last Edited: 20th June 2012 The content of biblemoneymatters.com is for general information purposes only and does not constitute professional advice. Visitors to biblemoneymatters.com should not act upon the content or information without first seeking appropriate professional advice. In accordance with the latest FTC guidelines, we declare that we have a financial relationship with every company mentioned on this site.

Previous Post: Are You Tithing Enough?
Next Post: I Guess I Spoke Too Soon!? No Deal on $700 Billion Bailout.. Yet.